In this blog post, Khadija Khalil, from Pravin Gandhi College of Law, pursuing Diploma in Entrepreneurship Administration and business law course by NUJS, writes how can an NRI file for Mutual Consent Divorce. 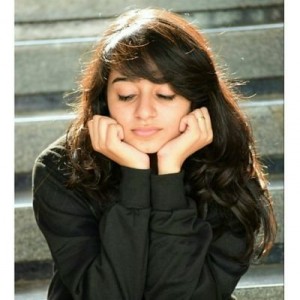 Divorce is the complete breakdown of the institution of marriage. In India, divorce is something which is heavily frowned upon by religion as well as society. The social stigma involved with getting a divorce adds to the emotional stress of a person going through such a life changing event.

When both parties in a marriage agree to a divorce, it is called a mutual consent divorce.[1] Any married couple looking to file a divorce petition must adhere to the jurisdiction of the courts. Jurisdiction means the power of the court to grant a valid decree. Therefore, the court must have the jurisdiction to take up the matter beforehand otherwise, any decree granted by them will be invalid.

In matters of divorce, the jurisdiction depends on the religion under which the couple got married.

Each Act differs slightly in the jurisdiction but, the few points which remain constant throughout the different statutes are:

Through the above, you will arrive at the family court of the area where you can file the joint petition for divorce. This court has the rightful jurisdiction to hear the matter.

Bonus Read: How to file for divorce through Mutual Consent?

What if the Couple is Not Living in India After Marriage?

If a Non-Resident Indian (NRI) married in India wants a mutual consent divorce, then he/she can do so by filing a petition in India or in the country where both of them are residing. The Indian law provides for this exception of filing a divorce in another country.

It says that a petition can be filed within the jurisdiction of the courts of which the parties to the marriage last resided.

The residence or the matrimonial home of the NRI couple will be a foreign country. Thus, the couple can file for a divorce petition either in India or in such foreign country.

Filing for Divorce in a Foreign Country

When a couple decides to file a divorce petition in a foreign country, they do so on the basis of the power given to them under the Indian law. The petition for mutual consent divorce will have to be made in accordance with the laws of the country in which the couple resides. The Indian laws will not apply to the foreign courts. The foreign court will then pass a decree recognizing the divorce in accordance with their procedure.

Will this Foreign Decree be Recognized by the Indian Courts?

The Indian courts do not recognize the decree passed by the foreign courts if the decree so made is inconclusive under Section 13 of the Civil Procedure Code, 1908.[2]

This means that the decree:

A decree passed by a foreign court may be challenged and declared null and void in an Indian court on the basis of the above conditions.

Under a landmark judgment[3], the Supreme Court held that the divorce obtained from a foreign court was invalid if the provisions of the Indian divorce laws are not followed.

The Indian courts can refuse to validate a decree given by the foreign courts if the Indian law does not provide for such foreign court to have jurisdiction.

If a foreign court has the jurisdiction and the decree has complied with the conditions, then the foreign decree is held valid and conclusive by the Indian courts.

Such a decree must also adjudicate on matters with regard to the property of both the individuals in the foreign country as well as in India, keeping in forefront the law applicable to the NRIs.

Other matters like child custody, alimony (if any), and so on and so forth must also be adjudicated in accordance.

The Supreme Court held that –

‘The Jurisdiction assumed by the foreign court as well as the ground on which the relief is granted must be in accordance with the matrimonial law under which the parties are married’.

The Exceptions to this Rule may be as Follows –

Had such consent been acquired, the foreign decree would have been a valid one. Thus, a Christian couple submitting to UAE’s jurisdiction and Muslim personal law for getting a mutual consent divorce in Dubai is valid and will be upheld by the Indian family courts.

After the decree for mutual consent divorce is obtained, the parties need to submit a notice along with the divorce certification to the Marriage Officer in India compulsorily. This will allow the NRIs to make use of the foreign decree as a valid one. They can then partition the property in India in accordance with the decree and remarry.

Filing for Divorce in India

Filing a divorce petition in India is a much smoother and safer route. The courts will receive a petition from an NRI for mutual consent divorce and the statements of both individuals will be recorded.

For purposes of appearance in court proceedings, if one party is unable to come, a power of attorney can be accorded to any person. This person should preferably be a family member. Once the statements of the individuals filing for divorce are recorded, the first motion is granted.

In the stage of second motion, both parties have to be present to confirm their consent by recording their statements in the court. Here, the physical presence of the parties is compulsory unlike in the first motion stage where a power of attorney could be granted.

Will this Indian Decree be Recognized by the Foreign Country?

The divorce decree needs to be recognized in the foreign country if the couple jointly owns property in that country. Such recognition is gained by filing a petition for recognition in such country in accordance with their laws. This is the last legal requirement for finalizing a divorce in case the divorcing individuals are non-resident Indians.

After analyzing how an NRI couple can acquire a mutual consent divorce in a foreign country and in India, it can be seen that both sides have their advantages and disadvantages. Therefore, the decision of where to file a mutual consent divorce petition must be carefully perused by both parties beforehand. It should also be agreed upon mutually to ensure that the process is completed quickly and is not dragged around.