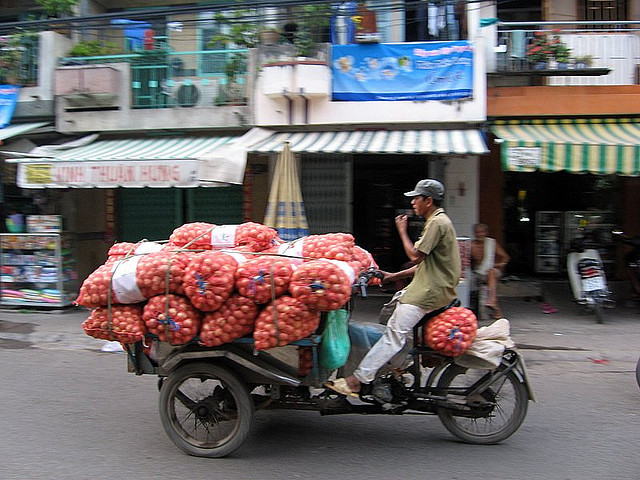 From 10 kg to 70-80 per kg and today 100 kg, onions seem to be on an all-time rise. Being harvested all across the country, this vegetable goes through a long twisted journey before reaching us. There are about four intermediaries that it travels through before it finally reaches the vegetable market. These are the middlemen, the wholesalers, traders and the commission agent. It is estimated that by the time these vegetables reach the market, their price gets increased by almost six times. However, these transactions go undocumented. Whenever there is a genuine crisis of rainfall, drought etc, it is these middlemen who create an artificial scarcity which leads to soaring of prices.

Giving a probable rationale behind this monstrous increase the economists invariably point towards the demand and supply change in the onion market. Unfortunately it isn’t so simple. It is alleged that rise in price of onions is not because of any economic factor but because of a well formulated collusion between some traders. This collusion is termed as a “cartel” mentioned under Section 3(3) of the Competition Act, 2002. Simply put, a cartel is an agreement between competitors through which they refrain from competing with each-other and act in collusion. The Competition Act, 2002 makes contravention of Section 3(3) per se anti-competitive. It does not go into the fact whether formation of cartel has any adverse appreciable effect on competition (AAEC) or not. As soon as an express or tacit agreement between the parties is established it is declared to be anti-competitive.

In order to investigate into such anti-competitive agreements the Commission may initiate an enquiry on the receipt of any such information by a person or a customer or even by a reference made to it by the Central government or the state government under Section 19(1)(b) of the Competition Act, 2002. The Commission may also start an enquiry on its own under Section 19 of the Act. On finding the opposite party guilty of forming a cartel the Commission may impose penalty according to Section 27(b). Recently, the CCI imposed a fine of Rs 58.83 crore on nine companies after finding that the companies formed a cartel to bid for supply of explosives to state-owned Coal India. (this has been reduced by 10% by the Competition Appellate Tribunal).

When similar abnormal rise in price was observed in the year 2011, the Competition Commission of India (CCI) had taken suo moto cognizance of the same and had ordered the Director General (DG- CCI’s investigation wing) to investigate and submit a report. It was found in the DG’s report that the soaring prices of onions could not be attributed to the disparity between supply and demand as even when supply was high, the prices also remained high. It was noted that the market remained oligopolistic (a market situation where in there are limited or small number of competitors) and the onion trade was apparently being monopolised by a handful of cartels. However, the DG found no substantive evidence to establish contravention of Section 3(3) of the Act and subsequently CCI closed the matter.

Currently the price of onions has reached a record of rs 100 per kg from rs 90 per kg last week. The alleged cartel formed by the big traders and agents function in such a manner which allows them to make the maximum profit affecting both the consumers and farmers. Presently, the farmers are not involved in the process of price determination beyond supplying the vegetables. Due to the lack of knowledge of grading system of onions on the part of the farmers the brokers and buyers are able to successfully deceive them. At times, good quality onions are categorised by such traders as low-grade onions and accordingly a very low price is fixed. But, finally the same category of onions are sold at a very high price. Surprisingly, the National Agricultural Marketing Federation of India (NAFED) is also procuring onions from these traders instead of the farmers.

A permanent solution to this menace involves a thorough probe into the market and breaking the stranglehold of onion traders involved in the cartel. Currently, the CCI is keeping a close watch and is monitoring the price movements and activities in the onion market. Hopefully, the Commission would come across something substantial and the Director General would be asked to carry out the investigations.