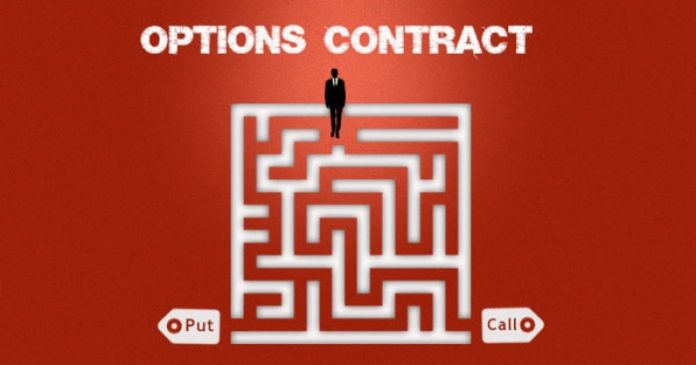 In this article, Akshita Rishi who is currently pursuing M.A. IN BUSINESS LAWS, from NUJS, Kolkata, discusses enforceability issues in Option Contract.

However, many disagreements and conflicts are there while enforcing these options under various circumstances which we will discuss in detail later in this article.

An option is a contract between two parties in which the maker of the option (option writer) agrees to buy or sell a specified number of shares at later date for an agreed price (Strike Price) to the holder of the option (Option Buyer) on a due date and time, when and if the latter so desires, in consideration of a sum of money (Premium). The premium is the price which is required to be paid for purchase of right to buy or sell. [2]

It is important to note that the terms of contract allow only the holder to cancel the contract and not the maker of the contract.

There are two types of options:

NOTE: An investor has the option to simultaneously exercise both, the call option and the put option if he is uncertain about the future market conditions. [6]

Let us understand this with an example

It is the right of the option buyers and not the obligation to buy (call) or sell (put) the stock or we can say future contract at a predetermined price before the 3rd Friday of their respective expiration month. [3]

It is a combination of one put option and one call option. In this case, the investor is insured with respect to any movement on either side and has 50% minimum sure shot opportunity to gain from either upmove or downmove.

Combinations of one put and two calls is known as strap. Any investor opts for strap only if he is confident that the scrip price will change and there are more chances that it will go up and not down.

It is a combination of 2 put options and are call option. In this case, the investor is confident that the scrip price is more likely to go down than go up.

For successful functioning of options trading, the following are required: –

The terms of contract should be standardised as this will decrease the cost of transactions and will make the development of the secondary market in options easier.

The selection of all the underlying assets should be careful. These selected securities must be registered and listed on all major stock exchange.

Majority of market- makers who possess sound financial base, are required to give trading in options on a regular basis.

To collect fees from each buyer and to create guarantee fund for the insurance of future performance of all the contracts will require a competent, well organised and well planned clearing house. In case of default by a future party, the clearing house is liable to pay all the cost to carry out the contract.

These options are commonly found in commercial practical situations.

For Example: – As we know Alternative Investment funds (AIF) are created with a definite life cycle in which they are required to return the principal amount as well as all the return amount collected on their investment to the investors at the end of the tenure of AIF. Due to this reason, during formation of AIF, the exit mechanism is well taken care off in the shareholders agreement entered with portfolio companies and promoters. These mechanisms include, Initial Public Offerings, tag along and drag along rights, pervasive call and put options. These options are specifically directed against the promoters.

The following take care of the rules and regulations with respect to the option trading in India. [1]

The SEBI is responsible for following

Past scenario regarding the regulatory framework

Securities and Contracts Regulations Act, 1956 (SCRA) originally Prohibited option trading in securities (which defined to include puts and calls) calling these transactions as undesirable in securities. [4] This ban on options was discarded by government of India by 1995, but SEBI took a different way. According to SEBI, option trading is illegal because: –

According to SEBI, derivative contracts cannot be traded through private contracts, but can only be traded on recognised stock exchanges.

At first, government of India vide its notifications dated 27 June,1961 exempted specified contracts for pre-emption in Articles of Association of limited company, in promotion or in the collaboration agreements. But Government under Section 16 of the SCRA vide notification dated 27 June 1967 prohibited all types of contracts apart from spot delivery contracts in any security under SCRA. An amendment was made by SCRA in the year 2000 that any derivate contract, if settled outside the stock exchange, would be termed as invalid.

Spot delivery contracts are those contracts in which the parties entered transfers money and share on the same day of contract. Therefore, according to SEBI, privately contracted options breach the SCRA provisions and also suggested that other than spot delivery, all other options are species of ‘deliveries’ which are not recognised under SCRA.

In both cases, there was a lot of debate on the decision of SEBI to prohibit the use of call or put options in their contract. This problem arose due to a relevant section of the securities contracts (Regulation) Act, 1956 which gives an exclusive right to government, RBI or SEBI to ban certain contracts in securities. As discussed above, SEBI banned trading through options other than spot delivery and this notification thus had a significant impact on these contracts as well.

While SEBI focuses on the regulation of securities market, RBI’s paradigm is of FDI i.e. Foreign Direct Investment into India.

The Initial concern of RBI is regarding the use of options in foreign investment by foreign investors which may lead to volatility. The reason behind this is outflow of foreign exchange. RBI has clearly stated the various instruments to be classified as FDI and debt with respect to various separate and rigorous rules. Fully, compulsorily and mandatorily convertible instruments into equity shares are covered under foreign direct investment and the other instruments are considered as debt as issued vide circular dated Jan 09,2014. This rule has been included by the Ministry of Commerce in a well-established way in its annual FDI policy.

However, the above-mentioned circular stated that any guarantee should not be provided to the investor at the time of withdrawal or exit but subject to certain conditions such as: –

In this case, Supreme Court perceived that all the provisions included in investment agreements regarding pre-emptions or call/ put options etc. may administer and regulate the rights between the parties. These rights should be purely contractual and should be owned by the parties. It was also stated that if mentioned in the Article of Association, then the shares can be freely transferred in any manner.

In this case, Bombay High Court observed that a contingent contract is within the scope of SCRA and is also lawfully applicable under it. The problem with respect to this case was related to buy back agreement. In this case, there was repurchase of certain number of shares and these shares were unlisted on the stock exchanges by a certain agreed date.

Bombay high court concluded the contingent contract as invalid because the setup of buy back of shares as mentioned above, were not covered under the provisions of SCRA.

Let us understand this with the help of a case: –

Current scenario regarding the regulatory framework

On 3rd October 2013, SEBI issued a notification in which it validated option contracts but with a condition that the title and the ownership of the underlying securities should be perpetually held for a minimum period of one year by the party selling it, from the date of entering in the contract. The contract will be settled by the actual delivery of those underlying securities. Earlier SEBI had a clear stance on the non-enforceability of option contracts but in this notification, it clearly mentioned that “nothing contained in this notification shall affect or validate any contract which has been entered into prior to the date of this notification”.

After the above notification, on 30th December 2013, the Foreign Exchange Management (Transfer or Issue of Security by a Person Resident outside India) (Seventeenth Amendment) Regulations, 2013 (“Seventeenth Amendment”) notified on the pricing of optionality clauses. Soon after on 9th January 2014 RBI issued a circular which dealt with the pricing of optionality clauses. This seventh amendment if read with the circular meant that “shares or convertible debentures containing an optionality clause but without any option/right to exit at an assured price shall be reckoned as eligible instruments to be issued to a person resident outside India by an Indian company.” Thus, we can say that the above-mentioned amendment and circular is not applicable to “call option” which can be exercised by an Indian promoter or a put option which is bestowed with the Indian promoter but all this is not at all free from ambiguity.

This seventh amendment also mentions the procedure and conditions of pricing optionality clauses. In case of equity shares of unlimited company, the price of the options shall not exceed the amount concluded on the basis of Return on Equity derived on the latest audited balance sheet. Now, in case of dentures or preference shares options can be exercised on a price which is calculated as per any internationally accepted pricing methodology at the time of exit which is duly certified by a qualified chartered accountant or a merchant banker registered with SEBI. A principle which guides regarding convertibles state that there is no guaranteed exit price for non-investors at the time of making such agreement or investment and will exit at the current price prevailing at that time, however, lock in period should be taken care off.

The above stated circular and amendment also imposed a lock in period of one year from the date of allotment on such instruments. However, still a point of conflict persists as to whether this circular and amendment is applicable to foreign investors covered under Schedule 6 of the Foreign Exchange Management (Transfer or Issue of Security by a Person Resident outside India) Regulations, 2000 (“FEMA 20”) is permitted to “acquire by purchase or otherwise or sell shares / convertible debentures/units or any other investment held in the IVCU or VCFs or Schemes/ Funds set up by the VCFs at a price that is mutually acceptable to the buyer and the seller / issuer”.

After understanding above mentioned cases, various provisions and amendments we can conclude that in case of pure private companies, the call option and put options will be enforceable as per RBI’s pricing guidelines reason being that the Securities Contract (Regulation) Act is not applicable to pure private companies and arbitral tribunals will confirm the same. In case of listed companies and public unlimited companies, various difficulties may arise in the process of enforcement of exchange options and the investors will explore various other exit routes. [5]

Also, we must note that SEBI (Alternative Investment Funds) Regulation, 2012 is silent on all permissible exit mode of portfolio companies which govern Alternative Investment Funds. If SEBI would have cleared the distinction between call and put option and derivative contracts and also would not have prohibited AIFs looking for exit options, our lot of confusion would have been solved.

However, after the introduction of amendments by RBI and notifications by SEBI, various investors have re-negotiated their option contracts so as to act in accordance with the regulatory framework. This is relevant and important because the existing put options are not protected by regulatory changes. 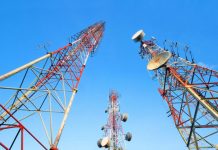