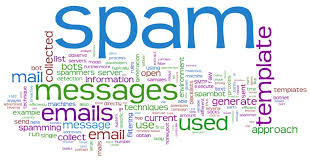 In this blog post, Aditi Sampat, Advocate at Nabco Enterprises Pvt Ltd and a student of the Diploma in Entrepreneurship Administration and Business Laws by NUJS, describes the concept of spamming and analyses the laws against spamming in India.

Spamming most commonly relates to Electronic spamming. It is the use of electronic messaging systems to send unsolicited messages, especially advertising as well as sending messages repeatedly on the same site. The most widely recognized form of spam is email spam. However, the term is applied to similar abuses in other media such as instant messaging spam, Usenet newsgroup spam, Web search engine spam, spam in blogs, wiki spam, online classified ads spam, etc. 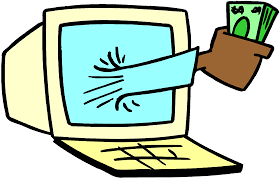 The word “Spam” is named after a luncheon meat, by way of a Monty Python sketch about a menu that includes Spam in every dish. The food is stereotypically disliked and unwanted and hence the word came to be transferred by analogy.

Spamming remains economically viable for advertisers since they have no operating costs beyond the management of their mailing lists, servers, infrastructures, IP Ranges and domain ranges. Due to this reason, it becomes difficult to hold senders accountable for their mass mailings. Another important reason for the non-accountability of the senders is that the barriers to entry are low which is why there are numerous spammers who have led to a high volume of unsolicited mail.

In the year 2011, the estimated figure of spam messages was around seven trillion. The costs, such as loss of productivity and fraud, are borne by the public and the Internet Service providers.  Spamming has been a subject of legislation in many jurisdictions all over the world.

The history of spamming dates back to the late 19th century when the Central Western Union allowed telegraphic messages on its network to be sent to multiple destinations. However, the first recorded instance of a mass unsolicited commercial telegram is in May 1864 when some British politicians received an unsolicited telegram relating to the advertising of a dentistry shop. 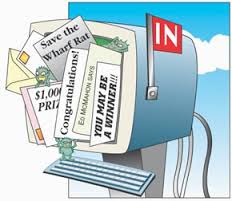 The first known history of email spam dates back to 1978 when a message advertising the availability of a new model of Digital Equipment Corporation was sent to 393 recipients on ARPANET. A single mass email was sent rather than a separate message to each person. Though the reaction from the net community was negative, the spam did manage to generate some sales.

Till the early 1990s, virtually electronic spamming was ignored in major States of the world. The first major commercial spam incident was when a team of lawyers started using the bulk Usenet to advertise immigration law services. This event was commonly termed as the ‘Green Card Spam’ as it is related to the subject line of the posting. In the wake of widespread criticisms, the lawyers claimed that they had the right to free speech which included the right to send unwanted commercial messages.

Within a few years, the focus of spamming remained around the area of email and until today, it remains in that area. The aggressive email spamming by some high profile spammers from mid to the late 1990s contributed to making spam predominantly an email phenomenon in the public mind.

By 2009, the majority of the email spam sent around the world was in English and hence spammers began using automatic translation services to send spam in other languages.

Whether Spamming is a Crime?

Having defined Spam and Spamming, primarily now, the concern should be that what are the constituents of cybercrime and whether spamming can be considered as an offense in law. 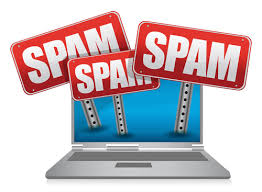 The main problem is how to criminalize email spamming in case it is considered as a cyber crime. In other words, how would it be possible to decide whether a criminal activity has taken place in the case of email spamming?

Many of the old legislations put forth the proposition that email spam should be treated in the same manner as junk mail since they share similar elements. However, one must note the important distinction which is in the case of junk mail, the sender bears the cost of sending the email whereas in the case of a spam email, it is the recipient who bears the cost through higher operating costs from their Internet Service Provider.

Criminal law, while encountering the problem of categorizing of offenses, usually refers to antiquated legislations that fit the modern crime. Hence, in the case of email spam, the line of attack is to label spam emails as an offense of trespass. However, the offense of trespass would hold good as far as the Internet Service Provider is concerned, and not the recipient of spam and junk email stands on the same footing as far as the recipient is concerned.

A group of lawyers who support to include spamming with the realms of criminal law advocate that not only is a business losing billions of dollars every year, but also has been very dangerous commonly in the form of phishing emails whose intent is to defraud innocent people.

Most opponents not favoring criminal law legislation argue that to criminalize spamming would be restricting the right to free speech. The argument put forth is that primarily the use of Internet is for sending and receiving emails and since it is an unregulated domain and hence there is a right to free speech. This contention is also cannot be ignored.

There are two cornerstone issues that form part of spamming and free speech:

It should be noted that the right to free speech is not an absolute one since it is evident that there are certain limitations on the right to the freedom of expression. Hence, any spam email containing content which is sexist, racist or inflammatory remark would be in breach of criminal law. However, 90% of the spam emails contain none of such content. Hence no crime has been committed. 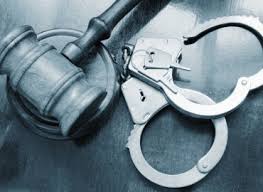 One must also note that the forum by which spam email has been sent is also important as is its content. Here the focus would be whether the spam message constitutes public message or private message.

The established law clearly states that the forum is public if:

A website would be a public forum. On the other hand, email accounts would not qualify the above two criteria. Hence they are designated as a private forum.

One could say that the existing legislation would differ as to whether email spam qualifies as a public forum or private forum since it is not necessarily an offense against the recipient, but an offense against the internet service provider who qualifies as a public forum. This is the fundamental bone of contention between the supporters and opponents of a campaign to legislate spam email under criminal law wherein the contentions are based on very strong fundamental beliefs.

Laws against Spamming in India

Presently, the Indian Government is yet to legislate a law that directly addresses the issue of spam. The existing law in the form of the Information Technology Act 2000 does not contain any provision concerning regulation of spamming, though it does regulate obscenity which covers publishing, transmitting or causing to be published in electronic form any material which is lascivious or appeals to the prurient interest. 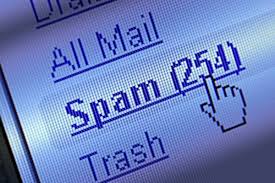 There are many reasons for having a comprehensive legislation on curbing, controlling and penalizing spammers –

The Ministry of Information Technology has initiated discussions to incorporate provisions against spammers. However, the Ministry is yet to decide whether the punishment against spammers should be meted out after verifying the nature of the spam, that is, whether the act of spamming was done inadvertently or on purpose.

The Government is looking to set up a Centre for Communication Security Research and Monitoring to monitor the activities of criminal elements online. The Nodal implementation agency for the same would be Centre for the Development of Telematics. The Research, wing of the Centre, would focus on multiple communication technologies and would monitor all traffic types such as satellite, wireline, wireless, the Internet, email, VoIP, encrypted communication for de-encryption of net-based encryption methods, regulatory standards to be adopted by telecom operators and system design.

In addition to the above effort, the Indian arm of the Coalition Against Unsolicited emails has been established to make efforts to combat the spam menace. However, in the absence of stringent laws and technical advancements, all the efforts to fight spam would be tough.