In this blog post, Sreeraj K.V, a student of Government Law College, Ernakulam, Kerala writes about pornography and its legal recourse in India. This post covers areas like the definition to the term ‘pornography’, its impact on the society, various remedies for regulation as well as steps taken by the Government in regulating cyber pornography in India.

Man is the most rational living being in this world. His attitude changes from time to time. His likes and dislikes change accordingly. Same in the case of his sexual fantasies also. Reports state that around 60% of India’s youth are addicted to various adult videos as well as sites which provide such explicit contents. The Government, with the help of various statutes in this field, is trying to regulate the usage of such X-rated video sites by the people. Only a regulation from the Government will help in reducing this issue as such activities are done only inside four walls by the people. So it is not possible to interfere much in these matters as then a question arises that whether viewing such pornographic contents privately by an individual will affect the society and its people? For that, the answer will be a ‘no’.

The term pornography itself means any portrayal of sexual subject matters for the purpose of sexual satisfaction. It may be present in various Medias such as books, magazines, photography, postcards, sound recording, film, video or video games.[1] In India, we have the Information Technology Act, 2000 and also the Information Technology (Intermediary Guidelines) Rules, 2011 for looking into various aspects regarding the matter.

In the light of various issues regarding the excessive usage and exploitation of such pornographic videos, the Supreme Court observed that appropriate steps must be taken against such websites containing pornography especially child pornography. For this purpose, Section 79 of the IT Act may be adopted. It contains various provisions regarding certain conditions wherein various Internet Service Providers (ISP), and intermediaries are exempted from the culpability of certain uploads done by third parties. It makes an obligation on such intermediaries to exercise “due diligence” and to act according to the orders of the Court and the Government to gain immunity.[2] Section 79(3)(b) states that no exemption will be provided to the intermediaries if they fail “expeditiously” to remove such content within a reasonable period upon the information or notification by the Government or its agencies that such content is being used for unlawful purposes. Under the Information Technology Rules, 2011, it has been stated that the intermediaries must inform users not to host, display, share, upload or transmit any such information that contains pornographic or obscene content which may cause harm mainly to minors.

Nowadays we hear a lot about such incidents where a person intentionally uploads various private photos and images of their known one’s or even of strangers simply for the sake of mental satisfaction as well as for various other unlawful needs. Such acts may be clearly classified as Cyber pornography. Section 67 of the IT Act purely deals with cyber pornography and provides strict penal treatments against such persons who are involved in such acts. The Act of cyber pornography has been banned in many parts of the world but in India, under the Act, it has not been banned but has not been legalized too. Section 67 of the Act states that any publication, transmission of any information which contains pornographic or obscene contents or causing to be published or transmitted, will be punishable with up to 3 years’ imprisonment and a fine of Rs. Five Lakh. From the above, it may be stated that:

There were many plans by the existing Government in banning a large number of porn sites in India. But IT experts calls it a failure due to the reason that nobody including the Government can look into the private matters of an individual and if done, it may result in the violation of his fundamental rights. While referring to the Indian Penal Code, Section 292 deals with any act for the purpose of selling, hiring or publishing any books, pamphlets, paper, writing, drawing or painting of any object, shall deemed to be obscene, lascivious or prurient in nature or may likely to harm any other person, is liable for a punishment for a period of two years along with a fine or both. Section 354A of the Code also provides certain liabilities to a person who exhibits pornographic content to any women against her will. Such provisions state that explicit and exploitative usage of such content may result in certain penal liabilities. Many surveys reveal that a person who is addicted to pornography has a change in attitude towards himself and his family. 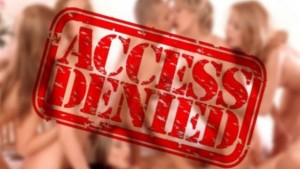