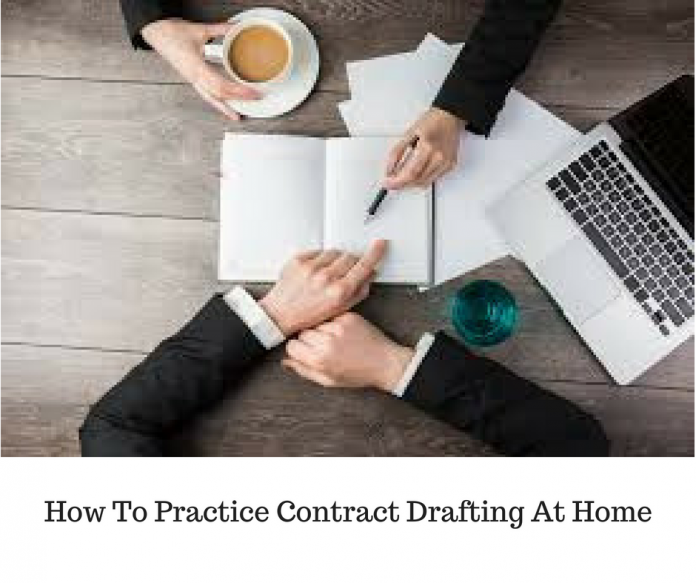 Contract drafting is the quintessential skill needed for a lawyer. It helps to supplement one’s incomes in the initial years of legal career, help build clientele, open more avenues in the legal industry, etc. But there is no practical way to learn this art than to practise and work on it. You can read drafting books, search for sample agreements on the internet, read the bare acts and theoretical books, etc. Or, you could do a contract drafting course instead!

There are a lot of contract drafting courses out there. They give you a hint of what the real-life work might be like. They will give reading material, probably conduct tests and assignments before awarding the certificate or diploma.

The best way to learn according to me is by practice. Just like any sports or art form, training is an inseparable part of becoming an expert. I had devised my own training method ages ago. For almost 4 years or maybe more, I tried drafting using samples from the internet. The free ones were not always great. It had to be reworked a lot! For instance, I found out the hard way that an actual shareholders agreement differs from the four page samples online!

Then there was a time, I had to draft an MoU for a startup. It was a nightmare to find the right sample to convert into a desirable MoU. I hit the books, internet but was distraught to find no decent sample. Then I asked a friend for help. That is how I got it done. But it is the longer route. It took me years to manage drafting the simplest agreements. I knew the essential clauses to be drafted. I knew the legal provisions, safeguards needed, clients briefings, etc. But every time I tried drafting, I froze with apprehension that stems from lack of experience.

How many times have you thought of drafting a contract and just blanked out? I did it a lot!

I sat in front of the screen and my notebook detailing the structure, but I just could not type and second guessed myself constantly. I often wished someone would teach me how to draft one. But I went straight from litigation to an in-house role, so there was no time to learn from scratch. Law firms provide a lot of hands on experience, so maybe the lawyers there did not share my fears. Yet, recently when I asked about this to my peers , superiors and even juniors, it turns out, many were quite at loss like me.

The point is how do you get to learn then? Where do you go to get the practise? Does it have to take years of on the job learning? How does one get the skills prior to entering the legal industry and be still well prepared?

At LawSikho, the course structure is slightly different. We give you hard copies of study materials, weekly classes, 2 assignments per week (over the course of 50 weeks), feedback sessions, coaching for professional networking and more! You can check out the contract drafting course to know more. 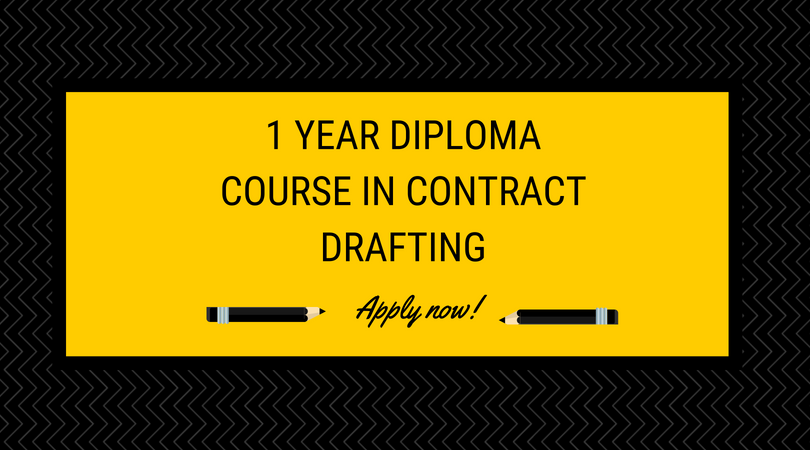 To give you the taste of what the exercises one may expect, I am sharing drafting exercises below for you all to try at home. Try it out and let me know with your comments, as to how did you enjoy practicing your drafting skills.

Suboshish is young and dynamic entrepreneur who has started his own startup based in Delhi, “Ragpicker Pvt. Ltd.” which makes products like a mouse pad, phone covers, bags, laptop covers, specs cover, jewellery boxes, wallets, etc. made out of waste and recycled material. During a conference on Entrepreneurship Administration, he met Mr Dev Anand Goel, owner of “Environ Law firm” and renowned advocate who has appeared before the National Green Tribunal in multiple cases. He has been an advisor to numerous Government project and assisted them in making projects more environment-friendly. He was the mastermind behind the closure of companies near Punsari Village in Gujarat, which was using plastic to make curtains which caused immense pollution and health menace in the nearby villages where these factories were established.

Suboshish has approached Mr. Dev Anand Goel to be an Expert Advisor in his startup which would not only help him expand the product line of the startup but will also enhance his goodwill exponentially instantly. Mr. Dev Anand is also intrigued by the Suboshish’s description of the company and accepts the offer of being the Advisor for the step.

Both have now met to negotiate and settle the terms of Advisors Agreement.

Prepare an appropriate contract to capture the above relationship. You can download the base draft from the attachment/download panel as a reference point. Your draft should also reflect a reasonable picture so that the agreement is likely to be executed by both parties with minimum negotiation.

Ensure that you include adequate clauses to incorporate the above division of responsibilities and commercial points in the base draft. Identify suitable terms and conditions that need to be inserted/amended keeping in mind the aspirations of both the parties as per the problem.