As the name of the very Act upon which this article has been written suggests, it may be said that the Juvenile Justice (Care and Protection of Children) Act, 2015, was meant to ensure that not only the children who have been subjected to criminal activity are provided with a supportive, protective and caring environment, but also that the ones who have conducted any offence, be it a petty, serious or heinous, are too provided with the same protection of the Act and also a corrective, rather than a punitive environment, to make them understand the seriousness of their actions and also, to make sure that a germinating new individual is not subjected to rigorous punishments, which may have a detrimental effect not only upon his life but, also upon his overall mental development towards the society in general. However, one provision within the Juvenile Justice Act hereinafter referred to as the J.J. The Act has put a legitimate question mark upon the very purpose of the Act, the very reason why it was enacted. Section 15 of the Juvenile Justice Act, 2015 lays down the procedure to conduct a preliminary assessment by the Juvenile Justice Boards, so as to assess the ‘maturity’ level of the children in conflict with the law who are above 16 years and below 18 years of age and then decide whether to try those children as adults or not. The article will talk about this section in the light of certain other provisions too and also some very recent cases to understand how the section has proved to be ultra vires the very purpose of enacting this law. Firstly, let us have a look at some of the provisions of the J.J. Act.

Sub-section 12 of the very first section of the J.J. The Act expressly and clearly states that a child is someone who has not completed the age of 18 years. We will see later how this definition helps us to understand the point that this article tries to put forward.

Section 3: Some Principle to be followed while Administering the Provisions of the Act

Thus, we may see that the above sections and subsections clearly indicate how the very purpose of the Act was defeated when the provision to try a child as an adult felon was introduced, only on the basis of an extremely arbitrary scale, that is, the maturity of that child. Let us now understand what Section 15 really talks about.

Section 15, J.J. Act: All children are not innocent

The Section 15 of the Juvenile Justice (Care and Protection of Children) Act, 2015 mentions that in case a child, between 16 to 18 years of age, has committed a heinous offence, then, the Juvenile Justice Board may conduct a preliminary assessment in order to assess the maturity level of the child, his mental and his physical capacity to conduct such an act. While doing so, the Board shall take the aid of experienced psychologists and psycho-social workers who have ample experience to work with troubled children and then, see whether or not to try a child as an adult or not. In case the Board feels that even after the preliminary assessment, the child is not to be tried as an adult, then, it will pass an order as per the guidelines under section 18 of the J.J. Act.

The sub-heading in its totality is speaking for itself. It is a well-defined fact that if a person has not completed the age of 18 years just by one day, still he can’t apply for his Voter I.D. and is also denied his Right to Vote as he is still a ‘child’ in the eyes of the Law, even though he may have ten times the political maturity and awareness to vote for an appropriate leader than any other older individual. It is really interesting to see that for something so basic and vital as casting one’s vote, a preliminary assessment is not carried to ensure whether the child is ‘mature’ enough or not, but, when the same child commits a crime, automatically the question arises whether he had the mental capacity or not.

In a similar manner, in case a child is on the brink of completing 18 years, still, he will be denied to apply for a driver’s licence or to drive a car (even though one week’s time won’t alter his cognitive abilities drastically). So, we may clearly see that because of such a faulty provision, the very aim of the Act was derogated. Although the Act clearly mentioned that children are people who have not completed 18 years of age, still due to Section 15, this principle was superseded. Let us have a look at some of the recent cases regarding this Section and analyse the effects of Section 15 of the J.J. Act.

Recent cases to assess the loopholes in the Act

There are two Articles of the Constitution which are clearly violated by Section 15 of the J.J. Act. One is Article 14 and the other one is article 15(3). Let us understand how.

Article 14 of the Constitution of India clearly mentions that everyone will be provided with equal protection of the Law and everyone will be treated equally before the Law. Thus, we may definitely say that the Law also includes the J.J. Act. But, it is very sad to see how, on the mere basis of a preliminary assessment, some children are denied this protection and equality before the same. This is not Constitutionally acceptable. Just as in the other cited examples, if a child has not completed 18 years of age, irrespective of his political maturity, he is not allowed to vote and is treated equally as all the other children who don’t have enough political maturity, in the same way, the children who are in conflict with law must be either treated and tried as children, or all of the above 16 years of age and below 18 must be tried as adults. No arbitrary standards must be set, as that of assessing the maturity, considering the poor administrative conditions from the cases mentioned.

Article 15 (3) gives the State the power to enact laws, especially for children and women. Thus, it may be implied that this Article talks about the implementations of Acts, amendments, ordinances, provisions, etc., for the benefit, care and protection of women and children. But, Section 15 of the J.J. The Act has rendered this provision to be useless. By allowing the Board to try children as adults, if it ‘feels’, clearly has rendered this Act and Article 15 (3) redundant.

Maturity is an arbitrary scale of measurement. Moreover, different people may have different understandings of maturity. Furthermore, the standards in India are not up to the mark to conduct effective maturity determination tests, as seen in the above-cited case. Furthermore, children are people who haven’t completed 18 years. Even after such declarations and loopholes, still, the concept of preliminary assessment was incorporated in the J.J. Act. It is crucial for us to see that the Act has been meant for the ‘protection and care of children’, as the very name suggests. However, trying a child as an adult will not only be derogatory towards the psychology of that child but, is also ultra vires the very aim of enacting this Law. It must be understood that justice can’t be partial. If the Act expressly mentions that children are ones who are below 18 and all children are by default devoid of any mala fide or criminal intentions, there is no scope left to conduct a preliminary assessment and then treat a child ‘accordingly’. The Act is meant to see all children equally. It should do the same effectively. 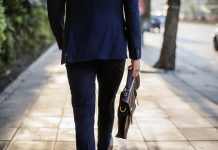 Top most profitable/lucrative business in the world 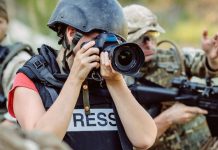 Protection of journalists from online harassment 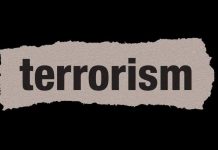