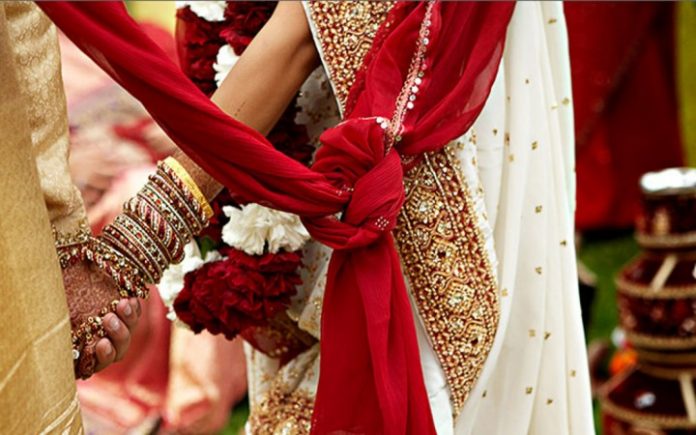 Section 122 of the Indian Evidence Act reads as follows-

“Communications during marriage. — No person who is or has been married, shall be compelled to disclose any communication made to him during marriage by any person to whom he is or has been married; nor shall he be permitted to disclose any such communication, unless the person who made it, or his representative in interest, consents, except in suits between married persons, or proceedings in which one married person is prosecuted for any crime committed against the other.”[1]

Marital privilege or spousal privilege seems to have originated from common law jurisprudence. The fundamental principle behind this privilege is mentioned in the case of S.J. Choudhary vs The State, which was decided on 26 July 1984, where Justice Khanna observes-

“So much of the happiness of human life may fairly be said to depend on the inviolability of domestic confidence that the alarm and unhappiness occasioned to society by invading its sanctity and compelling the public disclosure of confidential communications between husband and wife would be a far greater evil than the disadvantage which may occasionally arise from the loss light which such revelations might throw on the questions in dispute hence all communications between them should be held privileged.”[2]

This concept is again echoed in English cases of Pringle v Pringle and Mercer v State. Thus, marital privilege exists because it is essential to preserve amity and sustain full confidence between a husband and a wife, therefore deeming the relationship of marriage as a sacrosanct institution and to some extent placing it above the concerns of justice.

The alternate origin of this law can be traced back to the medieval times when the wife was considered to be the property of the husband and the concept of husband and the wife being a single entity was prevalent. The US supreme court in Trammel v. United States[3] observed-

“Spousal testimony privilege sprang from two canons of medieval jurisprudence: first, the rule that an accused was not permitted to testify in his own behalf because of his interest in the proceeding; second, the concept that husband and wife were one, and that since the woman had no recognised separate legal existence, the husband was that one. From those two now long-abandoned doctrines, it followed that what was inadmissible from the lips of the defendant-husband was also inadmissible from his wife.”[4]

They interpreted wife as a belonging of the husband, and not another human being with an identity of her own, and since self-incrimination does not lead to conviction and is not admissible in the court[5],  the idea was that a person’s property cannot testify against the owner of the property, and because the wife was indistinguishable from the husband, any incriminatory statement by the wife against the husband would be considered self-incriminatory.

Section 122 of the Indian Evidence Act protects every communication between the spouses, during the time of marriage, and prevents it from being brought to court as evidence. Although, section 122 of the Indian Evidence Act may seem to be very rigid at a first look, but it has some exceptions to it, such as not protecting the spouse if the spouse is accused of an offence against the other spouse. The Supreme Court has also held that section 122 will be applied to every communication made during the life of marriage and the same privilege will continue even after separation or divorce or dissolution of the marital relation, but only for the communication which was made during the existence of marriage.[6]  It also allows the conduct influenced by the communication, or the spouse witnessing the other spouse doing a criminal act, to be admitted as evidence in the courts, i.e. an effect of the communication can be brought to court but not the communication itself.[7] Therefore, the conclusion that can be reached to, is that marital privilege exists because of the relationship of marriage being considered the foundation of the society and it is vital to protect the intimate relationship of a husband and wife.

One of my concerns with the law that currently is in place is that the courts don’t look at the motive behind the marriage or the stability of the marriage. According to me, these are important factors to look at before not allowing evidence under section 122. As the intent of the legislation was to protect the harmony in a relationship, so a relationship which is already non-harmonious should not be considered under this section.

The position in the United States of America on spousal privilege is different from that in India. Spousal privilege in USA, is divided into two kinds of privilege, namely the marital confidences privilege and the spousal testimonial privilege. The marital confidences privilege does not allow the testimony to come in as evidence and directly disqualifies it whereas spousal testimonial privilege allows the testimony of the defendant’s spouse to come in as evidence only if the spouse of the accused wants to, but it does not allow the defendant to prevent the spouse from testifying. This classification is important as even though courts cannot compel a spouse to testify against the other spouse but if the spouse wants to testify he/she can and it benefits the truth finding process.

It seems quite clear from the progressive nature of the courts in granting rights to couples living in a live-in relationship and considering a live-in relationship equivalent to a marriage that court would apply the privilege on them too.  Also, since the original purpose of the law is the protection of harmony in a relationship, it might seem like the courts will be inclined to extend marital privileges to live-in relationships soon. In doing so the courts open the doors to hinder the truth-finding process and obstruction of justice as people could just pose as couples and then not testify against the other. To resolve this issue, there must be a process of registration, where government can scrutinise the application thoroughly and then decide if they match the criteria, where the live-in relationship can be deemed as a marriage and thus can be under the ambit of section 122.

To conclude, I feel that Section 122 of the Indian Evidence Act has a very valid reason to exist, but there are some loopholes present which need to be filled. We must also look at the laws relating to spousal and marital privileges which are in place in other countries like the USA, and learn from them and also come up with our own innovative ways to keep up with the times.

[4]As Cited in “Love and Marriage – Marital Privileges in Civil Lawsuits,” Veenfirm.com, accessed on 22 April 2018 <https://www.veenfirm.com/news-events/publications/love-and-marriage-marital-privileges-in-civil-lawsuits.shtml>