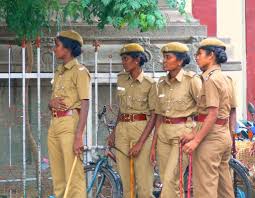 In this blogpost, Vernita Jain, Student, National Law Institute University, Bhopal writes about what is an FIR, the purpose of it, the manner in which it can be filed and who can file an FIR.

First Information Report, FIR is one of the most important constituent of the case. It is the nothing, but a mere statement of a person regarding a particular crime, which is given to the police at the first in the point of time.

Recording all the minute details and setting the case into the motion is the main function of filing FIR.[1] S. 154 of the CrP.C is the provision dealing with FIR. The report that one files under S. 154 is called an FIR. However, one thing that is to be kept in mind while filing an FIR is that it has to be filed regarding cognizable offences. This is generally filed by the complainant or anyone on his behalf, but in certain cases, it can be filled by the accused too.

However, the Criminal Procedure Code doesn’t define ‘FIR’ as a term.

To know more about the scope of how to file an FIR – online and offline in brief, please refer to the video below:

A person or the maker of the statement may give many statements, but it is not necessary that every statement of such person can be treated as an FIR. For a statement to constitute the first information report, it is very necessary that two conditions should be fulfilled:

The FIR is used at the trail in order to show the important material which triggered the starting of the investigation. CrP.C doesn’t consider it as substantive evidence, but it is certainly required for corroborating if all the provisions relating to crime are complied with.[3]

It cannot be used as evidence, even in the case where the maker becomes the accused. The FIR is not accepted as a proof against the complainant, nor it can be used to corroborate or to contradict the witnesses of the case.[4]

FIR can be used in the following manner;

However, there are some cases where this can be treated as substantive evidence:

The FIR must be in writing, and the substance of that complaint must be entered in a book kept in the police station.

That the information must be recorded in the manner prescribed under Section 154 of the Code. The law does not contemplate that when in the course of the investigation something is elicited first information can thereupon be recorded.

Whether the present information given is FIR or not, is a matter of law not of the officer-in-charge of the police station. It is not his discretion.

The CrPC provides no provision that talks about any preliminary enquiry before the filing of an FIR. If an investigation is commenced after the filing of an FIR, any other information regarding the crime will not be treated as the first information, and would not be admissible under Section 154 of the Code read with Section 157 of the Evidence Act, being hit by Section 162 of the Code of Criminal Procedure.

It Is very necessary that the FIR be filed as early as possible, because if any delay is caused in the filing of FIR, it may arouse suspicion on the complainant.

The FIR has to be filed in the police station that has the jurisdiction of the area where the crime is committed. But, the Indian law has provided an exception in the cases of emergency, in which the FIR can be filled in any station which would be later transferred to the police station having jurisdiction for such crime. FIR based on email and a phone call can also be valid in the case of emergency.

Procedure to file an FIR

A delay in filing FIR is not acceptable until and unless there is a satisfactory explanation provided by the maker. Supreme Court in various cases has talked about the delay in filing FIR.  The Supreme Court in Meharaj Singh’s case has explained the consequences that may ensue due to delay in dispatching FIR to the Magistrate in the following words: “……….in the case of murder the copy of the FIR that is received is called a special report. The delay in submitting such a report to the magistrate may lead to an inference that the FIR was not lodged within the required time unless offered a satisfactory explanation for it. Prosecution has led no evidence at all in this behalf……[6]“

However, if the maker gives satisfactory expatiation such as physical condition of the complainant, natural calamities, ignorance of the law by the complainant, or any treat given to him for filing FIR.

Who can file an FIR?

A fir can be filed by any person who is acquainted with the crime. He can be the victim himself, witness to the crime or in certain cases the accused himself. But it is very necessary that the person filing Fir must have knowledge regarding the crime.[7]

It is necessary that the action against which the complainant have to file an FIR should be cognizable in nature, i.e the crime should be such where there is no warrant required for the arrest.

[6]    Pandurang Chandrakant Mhatre & Ors Vs State of Maharashtra, it was observed .

Drafting hypothecation deed between a borrower and SBI

An analysis on the case of CIT V. Nalwa Investment LTD