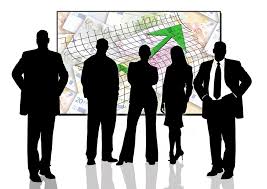 In this blogpost, Vernita Jain, Student, National Law Institute University, Bhopal, writes about  the role women directors in a company and steps taken by the government to ensure the presence of women in Board of Directors in every company.

The Constitution of India under article 14 and 15 coupled with its preamble talks about equality and no discrimination on the grounds of sex. Gender inequalities in workplace are easily noticeable, where the top most positions are always reserved for men. But with the changing scenario both the society and the government had started realizing the importance of women, with the government making various laws to empower women.

In this case, India has followed the line of Norway, France, Italy, Spain, and Belgium.

Is it a step towards empowerment of women in the corporate world?

This step by the government is a good start for women empowerment. There are many talented women who have the capability to add value to the boards, with the coming up of this law, women who are deserving will get a chance to prove their talent and efficiency.

In India, only 4% of the directors in public listed companies are women. This low representation in the top positions is due to many reasons. However, some have termed these to as the crises of talent retention.

According to latest Catalyst Bottom Line Report, companies having women in the board of director result in financial performance higher as compared to others. Further, the report also showed that the company having three or more number of directors as women have an above average performance. Female as a directors have greatest impetus for change in times of good performance as the companies deal with risk efficiently.

This law would provide great benefits. But because this provision does not provide the exact qualifications and the category from which women director can be taken, it may result  in companies recruiting the women directors from among the promoters friends and family.

If we talk about corporate social responsibility, the amount of contribution that a women director can give is great for their organization. From taking the initiative for CSR, choosing the priorities and choosing a work plan for the management to have a close look at the targets achieved, all would be done efficiently by the women.

In the report by Catalyst and Harvard Business School, companies having women directors tend to contribute more towards the funds. This proves that having women leaders in the top position have a higher level of contribution in case of CSR.

Women directors could also be given the responsibility of recruitment and reviewing human resource policy in order to ensure a better workplace environment both for women and men. Women can result in the company towards having strong and better human-focussed operating plans that would contribute to the sustainability of all business operations and the health and welfare of their employees.

Various survey results have proved that boards and managements with gender diversity have experienced enhanced corporate performance, higher return on equity, return on sales and return on capital employed.

This regulation is only an initial push, but the actual implementation would depend on the whole-hearted acceptance of the role of women directors by promoters and shareholders in general. This should not be seen as compliance, but a necessity.

Though such law can certainly result in increasing the number of women in the top positions of a company, but because of the very reason that it does not have proper guidelines for its implementation its benefits will be short lived if not supervised by the government.

It is important that women should not be accepted just because they are women, but for their skills. Only a woman who is qualified and is capable enough for that should be appointed as a director of the boards. A woman’s contribution in the company will definitely reach to a new level if the methods of choosing directors are right.

This step by the government will definitely help women continue to build their presence in the corporate world.

Many companies have programs to train women, both inside and outside the organization, to train them for the post of board members. Experts said that these initiatives by the company had resulted in encouraging a lot of women to come up for such positions.
This phenomenon has spread throughout the world, and a number of countries have  made provisions mandating gender quotas in boardrooms. The latest country to announce such a provision is Germany, which made it mandatory for the companies to fill at least 30% of the supervisory positions with women.

According to a survey by MSCI in the year 2014, boards having gender diversity over and above the regulatory mandates or market norms had fewer instances of governance-related scandals such as bribery, corruption and fraud.