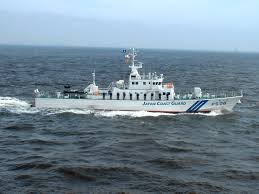 In this blogpost, Harsha Jeswani, Student, National Law Institute University, Bhopal writes about the procedure for ship arrest in India.

Admiralty law which is often referred as Maritime law is a branch of law which deals with the issues and disputes that arise overseas. It deals with matters involving ships, shipping or crimes occurring on open water. The law governing maritime activities within the domestic framework and the activities taking place in international waters are both covered under maritime law. It deals with matters involving navigation, loss to the vessel during transit, damage to goods transported by sea, etc.

Every country has its own legislation governing maritime matters. The various laws of India dealing with transport of goods by sea are the Merchant Shipping Act, 1958, the Indian Carriage of Goods by Sea Act, 1925, the Indian Bills of Lading Act, 1856, ,  and general statutes, such as the Marine Insurance Act, 1963, the Evidence Act, 1872, the Code of Civil Procedure, 1908,  the Contract Act, 1872, the Indian Penal Code, 1860, , the Criminal Procedure Code, 1973, the Companies Act, 1956 etc. as well as the general principles of law such as the law of torts, public and private international law etc.

In addition to the above, other issues within the purview of this law are the interpretation of shipping contracts, the rights and obligations of the parties, and the provision for damages in case of loss suffered by a party due to any breach committed by a contracting party.

In past few years, there has been an increase in the cases involving maritime disputes and the most common relief sought in such cases is the party seeking arrest of the ship. Ship arrest is a procedure developed by the courts to render justice in accordance with substantive law not only in cases of collision and salvage but also in cases of other maritime liens and claims arising by reason of breach of contract for the hire of vessels and carriage of goods or other maritime transactions such as conversion or negligence occurring in connection with the carriage of goods. Indian courts particularly consider the Arrest Convention of 1952 and the Arrest Convention of 1999 for the purpose of seeking arrest of the vessel.  The procedure governing such arrest is quite complex and time-consuming. However, an immediate arrest of the vessel can be made in emergency cases.

The article purports to explain procedure which needs to be complied with for obtaining the arrest of the vessel. Although the procedure is cumbersome, it is relatively quick to obtain an arrest in urgent cases.

Broadly speaking, the following are the most important points which any Claimant wishing to arrest a vessel in India must keep in mind:

Which Court to approach

In India, the Admiralty Jurisdiction is confined only to few courts. Initially the High Courts of Bombay (Mumbai), Madras (Chennai), and Calcutta (Kolkata) exercise jurisdiction over maritime matters which was later extended to the High Courts of Gujarat (Ahmedabad), Andhra Pradesh (Hyderabad), Orissa (Cuttack) and Kerala (Cochin). These courts can make orders with respect to the vessels within the waters of Indian Territory. The power of most of these High Courts is confined only to vessels which can be located within the domestic limit of their territorial waters.  For instance, Madras High Court is empowered to arrest a vessel found in the waters of Tamil Nadu only.

The High Courts of Calcutta and Bombay, on the other hand, have no such restriction over their admiralty jurisdiction and can make an order for arrest a vessel found anywhere in Indian territorial waters and not just to vessels in their respective state territorial waters. In others words, the Bombay High Court can exercise admiralty jurisdiction over a vessel in Calcutta irrespective of the place of location. This difference makes Mumbai and Kolkata a preferred Court over others since they can arrest vessels irrespective of its location provided  if the vessel is within Indian territorial waters.

Jurisdiction to arrest over following Claims:

The two conventions which deal with the arrest of a shipping vessel are the Arrest Convention 1952 and the Arrest Convention 1999. India is not a signatory to any of these Conventions. However, the Supreme Court in the case of M.V. Elizabeth v. Harwan Investment & Trading Pvt. Ltd.[1] held that since India is a common law country, the International Convention of the Arrest of Seagoing Ships, Brussels, 10 May 1952 can be applied to India to enforce the claims of maritime law against the foreign ships. Further, in the case of M.V. Sea Success[2], the Supreme Court of India laid down that the principles of the 1999 Geneva Arrest Convention were applicable for arresting a ship in India. It was observed by the court that the principles set out in these Conventions are in compliance with the domestic law of India and therefore by this decision, the Apex Court has widened the scope of the jurisdiction of Indian Courts.

Of all the claims listed in the Arrest Conventions 1952 and 1999, the vessel can be arrested for claims relating to damage done by a ship, loss of goods in transit, salvage, master’s wages, disbursements and bottomry irrespective of any change in the ownership of the vessel. In respect of the other claims, if there has been a change in the ownership of the vessel, the claim will fail, and no arrest can be made unless there was a fraud committed with respect to the change of ownership.

The most important requirement for ship arrest is that the claimant needs to issue a Power of Attorney in favour of local attorneys other that the lawyers instructed who will have the power to sign all the necessary court documents. The Attorney then has to sign a Vakalatnama (Note of appearance) authorising a lawyer to act, appear and plead the case in Court on behalf of the Claimant.

The next step is filing a substantive suit. The Claimant has to state the detailed facts, the nature of the dispute, the particulars of the claim, etc. in such a suit along with all the documents supporting his claim such as the original contract, type of vessel, document regarding payment, etc.  This suit essentially represents the substantive portion of the claim. The last part of the suit must contain the prayer of the claimant seeking arrest of the defendant, the sale of the vessel, the amount of compensation.

The Plaintiff also needs to pay the court fees depending on the amount of the claim which will differ from court to court. The plaintiff then has to file an affidavit supporting his plaint, a copy of the order of the judge requiring the arrest of the vessel along with an affidavit, a Warrant of Arrest issued by the court pursuant to the Judge’s order and served upon the vessel and an Undertaking to pay compensation in case of wrongful arrest. The plaintiff does not need to pay compensation merely because the court had set aside the arrest but only when the Court holds that the arrest was wrongful for instance, if the plaintiff himself was at fault or when the plaintiff acted with bad intention.

Further, an application for ex-parte arrest can be made upon plaintiff submitting Certificate from the Admiralty Registrar signifying there is no caveat issued against the arrest of the vessel with the Registry. Also any claim for wages, possession, etc. requires an issuance of notice to the Consulate of the Country in which the vessel is registered.

Other requirements to be complied with:

Normally, all the above formalities take 2-3 days. However, if the plaintiff wishes for an immediate arrest of the vessel, he can apply to the Court for an order of arrest on an urgent basis either on the same day of filing an application or the following day depending on the Court’s discretion. Generally, the courts make an order on the same day of filing application. Once the court orders the arrest of the vessel, the judge will sign the order on the basis of which an Arrest Warrant will be issued by the Registry. The Sheriff will then order the Court Bailiff to serve the Warrant of Arrest upon the vessel which is required to be arrested. The warrant also has to be served on the customs and the port authorities requiring them not to allow the vessel to sail. The Bailiff after serving the Warrant of Arrest upon the vessel and the port authorities will file an affidavit stating that he has performed his duty.

After the Arrest Warrant is served upon the vessel, the vessel is then required to appear through its owner and settle the claim or challenge the arrest. If the owner challenges the order of arrest, the owner has two options. Either he can let his vessel sail by furnishing the security for the claim and then contest the arrest, or he can challenge the arrest by keeping the vessel under arrest. Generally, the former is preferred since in such case; the vessel is allowed to sail and thus can be employed for gain. In the case of default of owner, the court can make an order for the sale of the vessel and the sale proceeds can thereby be utilised to settle the claims of the Plaintiff. In the case of any surplus, it must be paid back to the owner.

Thus, it can be said that despite all such formalities, the procedure for arresting a vessel in India is quite quick as no counter security needs to be furnished and the Undertaking by the plaintiff can be invoked only in cases of wrongful arrest. This makes India a friendly arrest jurisdiction. Further, it can be said that in most cases the admiralty jurisdiction of Bombay High Court is invoked as it has jurisdiction over vessels present anywhere within the Indian territorial waters.