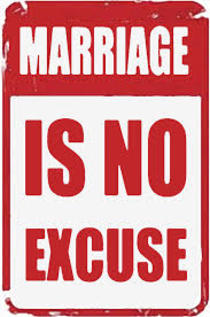 In this article, Lavanya Verma put forth the legality behind an important social issue. Is it rape if your boyfriend has sex with you after promising to marry you but doesn’t fulfill such promise?

Does consensual sex retrospectively establish rape upon breach of the promise to marry? Does the context of marriage only value a woman’s consent as a matter of fact? Or does this tantamount to fake promises made by a man swindling a woman? Even so, does it constitute an offence of rape or that of cheating? Such cases have always been the hot topics of parley amidst women’s rights activists and legal practitioner’s since the early 20th century.

There are dissenting views questioning the validity of “Consensual sexual intercourse on a promise to marry’’ being termed as rape in the Indian criminal justice system. It is also confronted by allegedly saying this to be an offence fabricated by judges as the penal code does not mention any provision regarding the same.

Legal Aspects of nature of consent

Technically, Section 90 of the Indian Penal Code defines “Consent” known to be given Under fear or misconception. A consent is not such a consent as it intended by any section of this Code if the consent is

However, courts are inclined to invoke IPC Section 375 (4), in accordance to which, a man is guilty of commission of rape on a woman if he has knowledge that he is not her husband, but she gave her consent because she believed that he was another man to whom she is or believed herself to be legally wedded.

Courts are bound to believe victims in matters of consent

The courts have to believe that the victim did not give her consent if she deposes so. India’s stringent rape laws bind the courts under Section 114A of the Indian Evidence Act to presume that the victim has not given her consent if she deposes that she did not give consent and Section 90 of IPC constitutes consent obtained under a misconception of fact to be invalid.

For instance, the norms in the failure of love affairs, say that if the victim submits to the lust of the accused under the misconception of the fact that he would marry her, then the sexual intercourse in not consensual.

In the following article, we have discussed cases where the Indian courts have observed a subtle attitude at such incidents.

Is sex on promise of marriage “rape”?

Subsequent withdrawal of a bonafide promise of marriage cannot bring an act of consensual sexual intimacy under the purport of offence under Section 375 of IPC, i.e., rape.

Year after year, the courts have pronounced varied judgments on breach of promise to marry and rape. Even though, there have been times of acquittal of men from rape charges or classification of such instances as cheating by the Indian judiciary.

The Madras High Court bench in November 2012 said that rape as under IPC section 376 does not include the indulgence in consensual sex with a woman under false marriage promise within its fold but cheating as defined under IPC section 417 is a punishable offence under the said act. On the other hand, in January 2014 the Delhi High Court tagged “Premarital sexual intercourse” as immoral and averse to religious tenets thus holding that all acts of sex between two grown-ups on a promise to marry is not rape. Thus, the court acquitted the man from rape charges.

Supreme Court in Deepak Gulati vs. the State Of Haryana decided the matter on whether the accused made a faulty promise to marry or not? [1]

Distinguishing consensual sex and rape in May 2013, the Supreme Court held that having consensual sexual intercourse with a woman, with the will of marrying her, cannot be regarded as the commission of rape by that man, even if they do not marry afterward.

The girl being 19 years of age at the time of the incident, the court considered her to be conscious of the difficulty in their marriage due to caste factor. Thus her consent for having sex with the accused cannot be denied.  Analysing the facts the court said that “it is evident that there must be adequate evidence to show that at the relevant time, i.e. at initial stage itself, the accused had no intention whatsoever, of keeping his promise to marry the victim and thus Section 90 IPC cannot be called into aid in such a situation.”

On 19 November 2013, the Supreme Court imposed life imprisonment on a man for having a sexual relationship with a woman for approx. Two years by having her to believe that he would marry her. The accused Naushad promising to marry the prosecutrix had regular sexual intercourse with her on this pretext. Naushad enticed and cheated her. She was raped, and she got pregnant.

The court while analysing definition of consent in section 90 IPC was satisfied that the consent which had been obtained by the accused was not a voluntary and was given by her under a misconception of fact that the accused would marry her. The Court said that the man was guilty of causing a breach of trust by not ultimately marrying her.

In its July 2013 ruling for rape cases filed on relationship failure, the Bombay High Court emphasised on the key aspect of consent in the sexual act between marrying couple before marriage.

Consent, how this consent is received and did the accused have a mala fide intent while promising to marry prior to intimacy in relationship with the victim.

The complainant woman was an interior designer, hence, an adult educated person. She alleged that the consent for sex was obtained fraudulently, under the false promise of marriage. The accused contended that the sex was consensual and not fraudulent. Ruling in favor of the accused, the Court relied on the judgment in the case of Mahesh Balkrishana Dandane v. the State of Maharashtra, here, it was held that subsequent withdrawal of a bonafide promise of marriage does not bring consensual sex under Section 375 of IPC.

Gujarat High Court in Sangray v State of Gujarat held that partner’s breach of promise to marry is not “rape.”

The Gujarat High court’s ruling in March 2015 said that partner’s breach of promise to marry will not amount to rape charges and rescinded a complaint accusing a Surat-based man by his former live-in partner who was also her colleague.

They parted their ways due to some personal disputes on March 1, 2012, after a live-in relationship of around a year.

On March 10, 2012, he visited the girl’s home to invite her at his marriage due on March 13, 2012. After that, the girl filed a police complaint alleging that the accused raped her after falsely promising to marry the complainant. Court held that the relationship between Sangray and his live-in partner was consensual hence cannot be defined as rape.

The Bombay High Court in its most significant ruling of 2014, held that every breach of marriage promise is not rape and premarital sexual intercourse is no more shocking, especially in big cities.

Seema claimed to be pregnant with Rahul’s child. Rahul was in a relationship with another girl despite promising to marry Seema. Rahul said that the relationship was consensual, but they could not marry due to their different religions.

Seema and Rahul were well acquainted since 1999 and had a physical relationship since 2006, and in 2009, when he said he could not marry Seema, Seema tried to commit suicide. They had a sexual relationship even after that.

The court observed that a major, educated girl is expected to know her physical needs and consequences of sexual relationships, and in a case, it would have to be tested independently if her decision to have sex with a man was a conscious one or not.

Quoting examples the High Court spoke of instances of rape under Section 376 of IPC, like if an uneducated poor girl is persuaded into having sex after promise to marry or any male concealing his first marriage to have a physical relationship. Highlighting the fact that a couple can fall out of love, the court also questioned the terming of a physical relation as rape.

The Bombay High Court on 17 January 2017 reiterated the submission that every breach of promise to marry cannot amount to rape.

Justice Mridula Bhatkar calling it an “unfortunate but routine case” said that initially, a girl and a boy genuinely may want to get married and have true emotions, hence, established a sexual relationship, even though in a while anyone may decide to withdraw from the relationship on finding flaws in compatibility.

In such situations, none can be compelled to marry the other person only due to a sexual relationship. A healthy, legal and objective legal approach for such incidents is very crucial. Despite the fact that a woman may suffer more than the man, legally it cannot be termed as rape in any manner.

Relying on the circumstances qualifying for rape, Justice Bhatkar observed that in rape cases, the act of sexual intercourse is a forcible one, without consent of the woman.

At all instances, breach of promise to marry after establishing sexual relationships does not simply, in itself, constitute the offence of rape within the purview of the Indian criminal laws.  Due to lack of a testamentary guidelines, it ultimately depends on the court’s discretion relying on the merits of facts and circumstances in the particular case while deciding the question of rape on false promise to marry.