The article is written by Shubham Choudhary of The West Bengal National University of Juridical Sciences of the Class of 2023. The author has discussed the Public Interest Litigation, how it has developed during the years and what are its features and principles behind PIL. The concept of Public Interest Litigation has developed back in the 1960s in the United States. It was destined to represent the unrepresented and their legit interest. It was now recognised that in the society there are many people whose rights have never been represented in the court and these sections were continuously exploited. Some of these sections are poor people, consumers as a whole, racial and ethnic minority people and many more oppressed groups. The common terms for PIL are Social Action Litigation (SAL), Social Interest Litigation (SIL) and Class Action Litigation (CAL).

In India, the seed of Judicial Activism was sown by Justice Krishna Iyer in the case of Mumbai Kamgar Sabha, Bombay v M/S Abdulbhai Faizullabhai & Ors in 1976 and later on P.N. Bhagwati became the pioneer in the field.

The concept of PIL was introduced by relaxing the traditional rule of locus standi. According to Locus Standi, the only person whose right has been infringed can come to court for claiming infringement of his right and to claim remedies for any such breach. By this rule, many sections of society who are unable to seek judicial remedy were left out due to poverty, ignorance or any of the socio-economic reason. To cover these sections the concept of Public Interest Litigation was introduced, in this any public-spirited citizen can come to court, fighting for their rights and to redress their problems, this comes as a saviour for people who were till now ignorance of their rights or cannot approach court due to any other reason. This opened the floodgate of socio-economic issues that were there but due to locus standi, no one was addressing.

In the letters of Supreme Court “a legal action initiated in a court of law for the enforcement of public interest or general interest in which the public or a class of the community have pecuniary interest or some interest by which their legal rights or liabilities are affected” in the case of Janata Dal v H.S. Chowdhary in 1992.

The role PIL becomes important when delivering justice to the people standing on the last lane of poverty and means of livelihood. This becomes instrumental in achieving objectives of constitutional freedom and justice. The broad terms, the purpose of PIL can be put into words as:

The following are the features of Public Interest Litigation:

In 1998 and amended in 2003, the Supreme Court set guidelines for Public Interest Litigation to be entertained via letters or petitions. The following guidelines can be understood as follows:

These are the matters that the court decided to take through PIL but there are some issues which the court have expressly decided not to take. These issues are:

In the case of Guruvayur Devaswom Managing Committee v. C.K. Ranjan in 2003, the Supreme Court has evolved several principles with respect to PIL:

Public Interest Litigation has changed the face of litigation and has made a completely different method to do justice in society. It has made citizens responsible enough to act on part of those who can’t act on their own. It is has done as a complete makeover of the judiciary and restructure the way people are approaching the justice delivery system. It made people rethink of moving towards the court for enforcing any particular right. The court has now decided to even relax the procedural laws that made justice easily accessible to people. With the emergence of PIL, there is growth in the number of social activists that have emerged and are now dealing with the judiciary for proper enforcement of people’s right.

The extraordinary remedy is now available to citizens at no cost, all one has to do is to inform the Courts about the violation of their rights, this can be done even by letter or telegram and no need to worry about anything, it will now be a problem of the judiciary to deal with it. 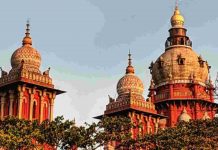