This article is penned by Sarthak Gupta, from the Institute of Law, Nirma University. This article emphasizes on the initiative of re-development in India’s real estate and its essentials.

Redevelopment has become a popular expression in soaked urban communities where there are cities such as Mumbai and Delhi where the available land is less than population and need. With constrained land accessibility and soaring property costs, many people are depending on redevelopment, resorting to the abandoned places. Be that as it may, it is significant to weigh both the advantages and disadvantages of property redevelopment before experiencing it. In this way, redevelopment shows up as the most possible answer for lodging social orders as it is light on the pocket as well as guarantees extra courtesies. Urban communities like Ahmedabad and New Delhi are investigating the interface among transportation and land use arranging through transit-oriented development (TOD) techniques, for example, allowing higher fare and building statues along significant quick travel halls.

Since the greater part of these passages goes through brownfield urban territories, TOD has been underutilized to date. Still, in its early stages, the TOD arrangement in India has incredible breadth for development, to accomplish its goal of misusing the capability of travel passages to make a conservative urban structure and upgrade person on foot availability. The Delhi Development Authority (DDA) has as of late created broad rules to execute TOD in New Delhi, which is relied upon to give impulse to the redevelopment of old neighbourhoods in the city. Urban redevelopment in Indian cities has mainly been limited to slum renovation or Rehabilitation by FAR incentives of the worsening residential area. The plan of the Bhendi Bazaar Mumbai is the only instance of the country’s cluster reform. Nonetheless, the clusters are not part of the overall urban planning. The Plan of Smart Cities becomes the first metropolitan regional State plan to implement a recovery and redevelopment project for industrial areas. 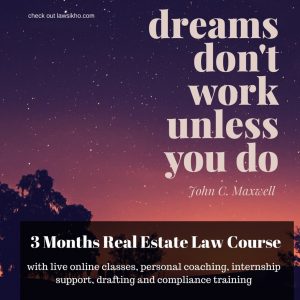 What is redevelopment in real estate

According to the Cambridge dictionary, development is termed as the act or process of changing an area of a town by replacing old buildings, roads, etc. with new ones. Redevelopment in real estate and urban planning is the renovation, reconstruction, or repurposing of new developments to a pre-existing site or building. The development of real estate is the whole process of improving real estate. Redevelopment applies primarily to the phase of real estate growth as related to a property that has already been renovated and expanded upon. By theory, real estate reconstruction avoids raw ground, while substitution by reality can mean scrapping a property to no use. Be that as it may, it is significant to weigh both the advantages and disadvantages of property redevelopment before experiencing it. Additional time, certain properties and improvements may get out of date, perform ineffectively, or have innate imperfections because of an inadequate plan or idea. Communities and neighbourhood economies additionally change over time. Enterprises rise and fall, socioeconomics change, and tastes and innovation advances. Real estate must adjust to react to the changing needs of the market. Real-estate redevelopment permits landowners, speculators and designers the chance to acknowledge more noteworthy qualities from existing land by supplanting, restoring, or repurposing existing properties so they can all the more likely serve the market and acknowledge more prominent benefits.

Essentials of the redevelopment  process in real estate

The proprietor is given a few pads or parts of the property just as a fiscal sum for the authorization. The re-development process by the engineer will be completed under the limit of a composed lawyer expressing that the proprietors will choose and not for his own benefit. When the re-development process is complete, the re-developed property is sold by the engineer in the open market which gets him the benefit. The builder saves money on the stamp obligation/duty cost. Later when the structure is finished, both the proprietor and the developer are a piece of the transport deed on which the stamp duty is payable and is enrolled. The general public or a proprietor ought to have a substantial conveyance deed of land and the building working in support of themselves before passing it for the re-development. This incorporates obtaining the attractive title, the authorization for the recreation of extra floors utilizing the TDR and FSI. If not, the property probably won’t get an endorsement of the arrangement from the Municipal Corporation. Because of the obliviousness, the greater part of the builders neglect to pass on the title to the proprietor when the property is re-development on the land

Importance of re-development  in real estate in India

No time and fiscal venture is appropriate to the Transfer of Development Rights (TDR). While basic fixes increment property’s life by 4-5 years, redevelopment implants another rent of life to lodging social orders. Designers offer recently developed seismic tremor opposition structures that increment their future. “Redevelopment guarantees a superior way of life. Not just it envelops remaking the structure without any preparation yet, in addition, improved offices, for example, radio offices, covered pipes, smoke, link, and phone wirings, smoke alarms, firefighting, clubhouse, pool, and recreation centre”. Since all redevelopment ventures centre around either brace parking or storm cellar parking, the ground space can be utilized as a play region for kids. Additionally, it doesn’t impede ventilation, view, or characteristic light.

The Brihanmumbai Municipal Corporation’s (BMC) endorsement to 40 percent of the developed zone as a motivating force to the social orders is likewise an additional bit of leeway to society individuals. The returns from the offer of this segment can be utilized to back the venture development. Re-development additionally guarantees expanded capital estimations of the property. With present-day luxuries and improved state of the property, capital costs are probably going to increment. Lastly, with redevelopment undertakings to be incorporated under the ambit of the Real Estate (Regulation and Development) Act, 2016 (RERA), the designer network stands responsible to convey extends in time and according to the concurred terms and conditions to maintain a strategic distance from.

Initiatives by the government

The government had introduced various initiatives, in the Gujarat state, the draft rules of the Gujarat Ownership Flats (Amendment) Rules, 2019, have been issued by the state government, inviting objections and feedback from representatives of the public and those likely to be influenced by the new laws. The revised regulations allow a special general meeting of a housing association to vote on the redevelopment of the property with the approval of not less than 75% of the representatives and to appoint an architect/project management contractor to plan the redevelopment project. The rules further specify that the management committee or entity of a cooperative society or organization that manages the affairs of the building(s) may conduct redevelopment of the building in compliance with Section 41 of the Act, either through suo-moto or on an application obtained from one-fourth representatives of the flats or the apartments. Immediately upon accepting offers from vendors, architects, companies, or owners, it is required that the building’s secretary or managing committee should compile a list of offers accepted and show them for members’ details. The laws also forbid developers from making any changes to the building design unless with written approval from the managing committee.

In contrast to the rapidly growing population of the city and the growing demand for space amid limited availability of land, the process of redevelopment tends to occur. Mumbai offers many land reserved areas with a rather large stock of wasteful, hazardous buildings, with no comfort and amenities modern home buyers and office residents expect for Mumbai’s stupid fiscal expenditure. The renovation of these homes is in the financial capital the only reasonable option to tackle the rising issue of urban disfigurement and to boost the overall architecture and viability of the region. One term, i.e. “cooperation” among all members of the community, is still absent in most redevelopment initiatives. The societies’ sluggish decision-making process; delay construction for years in certain situations, however, the successful execution of market-based ventures still serves as a motivator for the people. However, their resistance must be accepted whether it is sufficiently known that the leaders of their Management Committee disagree with the topic of renovation owing to non-transparency, criminal misconduct, underhanded practices, or undesired favouritism to the Owner, bribery or misrepresentation or other constitutional prohibitions.

Since property and land prices vary from area to area, municipalities need to perform regional analyzes of city markets to determine the patterns which each city will absorb within the state. On the basis of such studies, new FAR values for restructuring can be identified in each city. Providing urban regeneration stimulus FARs would allow state governments to amend their environmental planning laws and/or their economic government policies and regulations. They will also have to provide for a mechanism to link sales of premium FAR income in one area with infrastructure investments in the same area (CEPAC auctions). Centred on the study of this sector, states capable of auctioning development rights can designate cities. A federal department should be set up to work with the state banks of the public sector to handle the financial side of these auctions.

In undertaking field-based renovation, land assembly is a major challenge. Facilitation mechanisms, ground restoration and pooling may be close to those in the separate cities of Gujarat and Maharashtra adapt to urban redevelopment. Redevelopment is a practical solution to restore Indian cities like Delhi and Mumbai’s decrepit housing societies. It is therefore suggested that due diligence be done and a genuine developer be employed. In the cities where urbanization has taken away to ahead, scarcity of the land, and inflation in the land prices, redevelopment seems to be one of the best alternatives. When an abandoned building with some renovation and reconstruction becomes a new place to live, this helps in creating a newer, better environment-friendly residential area in the same old land. These redevelopment initiatives help potential owners as well as current tenants of a house, as they are able to purchase apartments in prime locations. That being said, the profit from developers is heavily dependent on the price at which they sell to the new buyer, so it may not be the best deal for the new buyers. Despite some of the drawbacks in construction, it remains a profitable area that draws many major developers in real estate. Redevelopment should continue to be a big part of our overall plan in India.