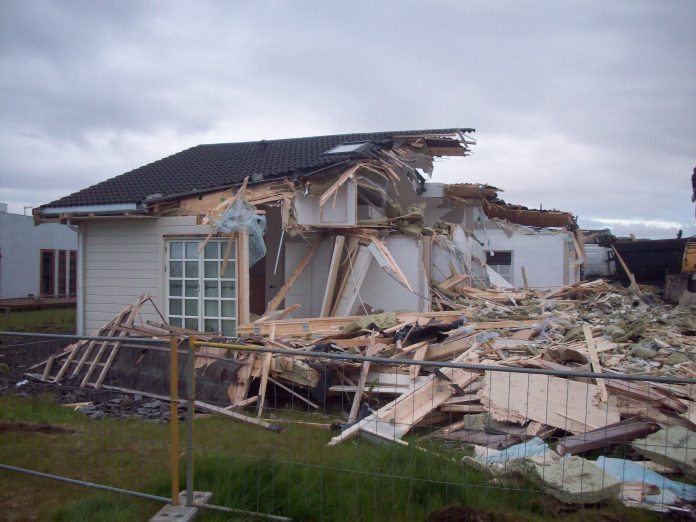 In this article, Raghav Ajmera discusses steps to take after receiving a notice of demolition of house by DDA.

Demolition of the illegal buildings or the slums is a necessary thing to do. Demolition is not an easy task to perform. Prior to demolition, there are process and steps that have to be performed by the authority concerned. The proper details regarding the time, date of demolition should be communicated by the legitimate authority to the persons staying in the building for proper evacuation. Demolition can be done by anyone it can be either by the owner of the property or by the authority trying to abolish the illegal acquisition.

Demolition is the pulling down of buildings and other manmade structures. The process of demolition takes place to remove the illegal construction, or to reuse the abandoned buildings. For the smaller buildings such as houses with two floor or three floors, the demolition process is very easy. The building is torn down either manually or with the help of machines like cranes or bulldozers. Larger buildings may require the wrecking balls which are basically heavy swung by the crane to the side of the larger buildings. According to the reports, The tallest planned demolition of a building was the 47-story Singer Building in New York City, which was built in 1908 and torn down in 1967–1968 to be replaced by  One Liberty Plaza.

Before demolition of a building, the authority needs to obtain necessary permits, submitting necessary notifications, disconnecting utilities, rodent baiting and the development of site-specific safety and work plans. There are four methods which can be used as a method to demolish a building, but all the four factors depend upon the locality, size, and its material. Demolition basically is the tearing down of a building.

Implosion is the violent bursting inwards which make the structure on its own footprints. It is a very fast process in which the collapse takes only a few seconds. For a proper implosion to take place, the authorities first need to study the blueprints of that particular building and should do the proper assessment regarding what parts and structure of the building should be blasted. The final step is to decide what type of explosive to be used according to the locality of the building.

The procedure of high reach demolition is used for the large buildings where the implosion method is not suitable. The implementation of this begins when a building is greater than 20 meters. The high reach machines are equipped with the different tools that are suitable for the demolition. There is some factor which may affect the demolition process

One of the oldest and most used methods for demolition is with the help of wrecking ball tied up to a crane which weighs around 13,500 pounds to demolish the big structures. In this process, the ball is either dropped onto the building or swung to the sides of the building, but this method cannot be suited for all demolition process majorly because of the location of the structure or building. It has some limitations :

It is also known as strip-out This method is in relation to the recycling process. Selective interior/exterior demolition is recycling of wood, bricks, metals and using them in the new structure with the old ones. This method’s main purpose is to recover the maximum amount of primary and secondary reusable and recyclable material.

The right to easement covers under the Indian Easement Act, 1882. It’s basically a non-possessory right which is used to enter into the real property of another. Easements usually are continuous or discontinuous, apparent or not apparent. An easement may be temporary or permanent depending upon the interruption. If a person gives or dedicates the right to occupy the outside part of his house for the passing and repassing. This right is not an easement.

An act to provide for the development of Delhi. It extends to the whole of [National capital territory of Delhi]. It was enacted by the parliament in the 8th year of the Republic of India.

2. In addition to any prosecution that may be instituted under this Act, make an order directing that such development shall be removed by demolition, filling or otherwise by the owner thereof or by the person at whose instance the development has been commenced or is being carried out or has been completed, within such period (not being less than five days and more than fifteen days from the date on which a copy of the order of removal, with a brief statement of the reasons therefor, has been delivered to the owner or that person) as may be specified in the order and on his failure to comply with the order, the officer of the Authority or, as the case may be, the competent authority may remove or cause to be removed the development and the expenses of such removal shall be recovered from the owner or the person at whose instance the development was commenced or was being carried out or was completed as arrears of land revenue: PROVIDED that no such order shall be made unless the owner or the person concerned has been given a reasonable opportunity to show cause why the order should not be made.

Where any development has been carried out not in accordance with the master plan or zonal development or without the approval or sanction (referred to in section 12) or against the conditions which are subject to approval or sanction and the competent authority has failed to remove or cause to be removed the development within the time that may be specified in this behalf by the [Lieutenant Governor] of the [National Capital Territory of Delhi], the [Lieutenant Governor] may, after observing such procedure as may be prescribed by rules made in this behalf, direct any officer to remove or cause to be removed development and that officer shall be bound to carry out such direction and any expenses of such removal may be recovered from the owner or the person at whose instance the development was commenced or was being carried out or was completed as arrears of land revenue.

[(2A) Any person aggrieved by the direction of a [Lieutenant Governor] under sub-section (I-A) may appeal to the Central Government within thirty days from the date thereof, and the Central Government may after giving an opportunity of hearing to the person aggrieved, either allow or dismiss the appeal or may reverse or vary any part of the direction.]

(4) The provisions of this section shall be in addition to and not in derogation of, any other provision relating to demolition of building contained in any other law for the time being in force.

Who has the power to stop development?

2. may, notwithstanding any arraignment that might be founded under this Act, make a request requiring the advancement to be stopped on and from the date of the administration of the request, and such request should be consented to in like manner.

3.Where such advancement isn’t ceased in compatibility of the request under sub-segment (1), the Authority or title officer of the Authority or the skillful expert, by and large, may require any cop to expel the individual by whom the improvement has been initiated and every one of his collaborators and labourers from the place of advancement [or to grab any development material, instrument, apparatus, framework or different things utilized as a part of such development] inside such time as might be indicated in the demand and such cop should consent to the order likewise.

Appeals regarding the demolition

2.An appeal under this section shall be filed within thirty days from the date of the order appealed against:

PROVIDED that the Appellate Tribunal may entertain an appeal after the expiry of the said period of thirty days if it is satisfied that there was sufficient cause for not filing it within that period.

3. An appeal to the Appellate Tribunal shall be made in such form and shall be accompanied by a copy of the order appealed against and by such fees as may be prescribed by rules.

Can you file a suit for an injunction seeking a pause on demolition activity?

The Supreme Court had ruled that granting against temporary injunctions against the demolition of unauthorized constructions on the grounds of sympathy and hardship would amount to illegality as when the order of demolition was issued the development authority reviewed the whole structure. The ruling of the court came on a petition filed by tenants who were inducted as tenants in Moonim compound. Unauthorized shops built in Greater Mumbai by M/s Global Marketing who had bought it from Abdullabhai Faizullabhai Private Ltd. vide deed of assignment dated Sept. 21, 2000, for a consideration of Rs.18 lakhs on ‘as is where is basis.’ It was the sole responsibility of the assignee to obtain tenancy /occupancy /possessory rights of the assignor in respect of the said property and to continue to use and enjoy the said property and to continue to use the on terms and conditions CPWD may stipulate.

Demolition usually takes place to remove construction which is not made according to the guidelines or rules prescribed by the authority of the area and thus marked as illegal construction or illegal acquisition by people over the property which does not belong to them.