This article is written by Mayura Shetty, pursuing a Certificate Course in Media and Entertainment Law: Contracts, Licensing and Regulations from LawSikho.com. Here she discusses “Registration of Film Titles Under Trademark Law”. 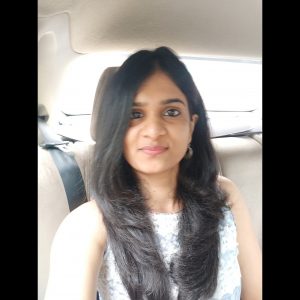 India is a nation obsessed with movies and, in fact, it is the largest producer of movies in the entire world. As a result, it is no wonder that film makers seek to protect every aspect of their films from infringement including the title. The title of a film is selected with great care to capture the essence of the movie and to arouse interest among moviegoers. The title is what primarily distinguishes one film from another and creates an identity for the movie. Hence, it is imperative for a film maker to protect his movie title and ensure that no other person uses a title similar to his.

It is for this reason that producers or script writers seek to protect the title of their film under the intellectual property laws of the land. In India, copyright law does not afford protection to film titles as they are not considered “works” within the meaning of the Copyright Act, 1957. Copyright protection is given to original literary, dramatic, musical and artistic works, cinematographic films and sound recordings1. This means that the work as a whole is protected under copyright law but such protection is not given only to the title of a work. This is rational as a title cannot be considered as a literary work by any stretch of imagination. As a result, film makers have to resort to protection under trademark law. A trademark has been defined in the Trademark Act, 1999 (hereinafter referred to as “the Act”) as “a mark which is capable of distinguishing the goods and services of one person from those of others2”. A film title can be registered as a service mark under the provisions of the Act after it has met certain pre-conditions that have been further elaborated hereinbelow.

Process of Registration of a Film Title as a Trademark

Under the Act, a movie title can be registered as a service mark under Class 41 of the Fourth Schedule of the Trademark Rules, 1991. This class includes a number of services one of which is “entertainment”. Hence, film makers usually apply for registration of the film titles under this category. They can also apply for registration under Class 9. This class provides for “apparatus for recording, transmission or reproduction of sound or images” and film titles can be protected under this class as movies can be viewed on devices such as DVDs.

Apart from registering the title as a trademark under the Act, film makers also choose to register their movie titles with certain industry associations. Indian Motion Picture Producers’ Associations (IMPPA), Association of Motion Pictures and Television Program Producers (AMPTPP) and Film and Television Producers’ Guild of India, Film Writers’ Association and Western India Film Producers Association (WIFPA) are examples of associations wherein producers and writers can enrol as members and thereafter register their movie titles and scripts with such associations. The association authenticates the title before registering it to ensure that it is not similar to any formerly registered title. However, registering a title with such associations doesn’t amount to ownership of the title. These associations are not recognized by law. Hence in order to obtain ownership of a title, it is recommended to register it as a trademark.

As has been stated in the beginning, the title of a movie holds a lot of significance. Hence it is imperative that two similar sounding titles are not used by film makers as this may cause some confusion among the public and in some cases may also lead to losses for a particular film maker. The available decisions of courts that deal with trademark protection of movie titles have tended to favour the movie that is more well-known among the movie watching public. This is because secondary meaning is a basic tenet of trademark law. While this may tend to undermine movies made by small producers, it also can help in situations where a person may register a title as a trademark only to prevent others from using it. In such a case, protection will be awarded to the person who shows he has used the mark extensively and that this has been recognised by the public as well.