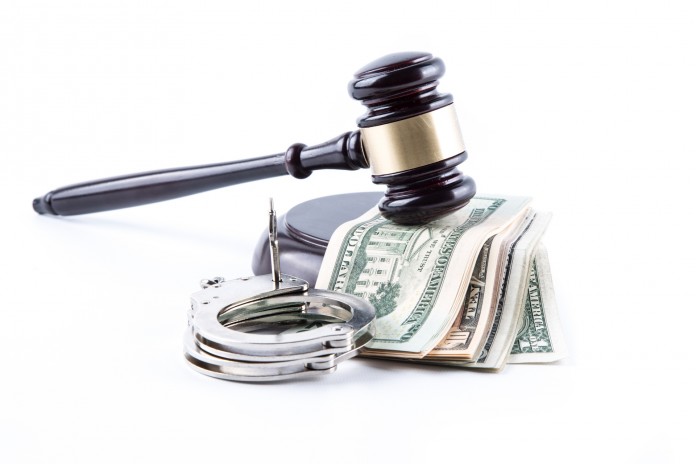 In this blog post, Shachi Kalani, who is currently pursuing a Diploma in Entrepreneurship Administration and Business Laws from NUJS, Kolkata, writes about the relevance of the Black Money Act, 2015 after 30th September 2015.

The Black Money (Undisclosed Foreign Income and Assets) and Imposition of Tax Act, 2015 raises the stakes for those who take advantage of offshore tax havens. It aims to curb black money, or any undisclosed foreign assets and income and imposes tax and penalty on such income. The Act received assent of the President on 26th May 2015, and it came into effect from 1st July 2015.

When Finance Minister Arun Jaitley announced his intentions to pursue black money stashed overseas, he was only the most recent in a long line of Government officials to denounce tax avoidance. However, when the government passed the black money law and notified foreign asset disclosure rules in July, it signalled that the time for talking tough on off shore accounts had run out.

However, one of the highlights of this law is the Compliance window. The window allows people with undisclosed offshore accounts and assets to disclose all such assets to the Government. Those with unaccounted assets or funds outside would be given a clean chit after 30% tax and 90% penalty on such tax. The government will then not prosecute those coming under Black Money and Imposition of Tax Act, 2015. The government has maintained that the motive of the Act is not to generate revenue through a one-time compliance window but to deter future tax violation. There is no universally accepted estimate quantum of black money stashed away by Indian citizens. However, the compliance window ended on September 30, 2015, and the Government received 2428 crores tax from 644 entities till the compliance window closed.

The non-disclosure of overseas assets and income would become a very risky affair from 2017 as the government will be then starting to get information from foreign countries. Those caught with undeclared overseas assets or income once the compliance window closes will be imprisoned, which could be up to 10 years.

Certain vulnerable sectors of Indian economy are more prone to the underground economy and black money than others. These sectors need systematic reforms. As for example, gold trading was one of the major sources of black money generation and even crime prior to the reforms induced in that sector. While gold inflows into India have remained high after reforms, gold smuggling is no longer the menace it used to be. Similar effective reforms of other vulnerable sectors like real estate can yield a significant dividend in the form of reducing the generation of black money in the long term.

The real estate sector in India constitutes about 11 percent of its GDP. Investment in property is a common means of parking unaccounted money, and a large number of transactions in real estate are not reported or are under-reported. This is mainly on account of very high levels of property transaction taxes, commonly in the form of stamp duty. High transaction taxes in property are one of the biggest impediments to the development of an efficient property market. Real estate transactions also involve complicated compliance and high transaction costs regarding search, advertising, commissions, registration, and contingent costs related to title disputes and litigation. People of India find it easier to deal with real estate transactions and opaque paperwork by paying bribes and through cash payments and under-declaration of value. Unless the real estate transaction process and tax structure is simplified, the report suggests this source of black money will be difficult to prevent. Old and complicated laws such as the Urban Land Ceiling Regulation Act and Rent Control Act need to be repealed, property value limits and high tax rates eliminated, while Property Title Certification system dramatically simplified.

Effective and credible deterrence is necessary in combination with reforms, transparency, simple processes, elimination of bureaucracy and discretionary regulations. Credible deterrence needs to be cost effective. Such deterrence to black money can be achieved by information technology (integration of databases), integration of systems and compliance departments of the Indian government, direct tax administration, adding data mining capabilities, and improving prosecution processes.

Along with deterrence, public awareness initiatives must be launched. Public support for reforms and compliance are necessary for a long-term solution to black money. Also, financial auditors of companies have to be made more accountable for distortions and lapses. Whistleblower laws must be strengthened to encourage reporting and tax recovery.

In order to check black money, the Central Board of Direct Taxes (CBDT) has notified norms under which cash receipts and high-value transactions beyond a certain limit will have to be reported to the Income Tax authorities with effect from April 1, 2016.

India has Double Tax Avoidance Agreements with 82 nations, including all popular tax haven countries. Of these, India has expanded agreements with 30 countries which require mutual effort to collect taxes on behalf of each other, if a citizen attempts to hide black money in the other country.

To curb black money, India has signed TIEA with 13 countries -Gibraltar, Bahamas, Bermuda, the British Virgin Islands, the Isle of Man, the Cayman Islands, Jersey, Liberia, Monaco, Macau, Argentina, Guernsey and Bahrain – where money is believed to have been stashed away. Accordingly, India has made significant progress under the NDA government in tracking the black money and received good cooperation from the Swiss Bank. Adding to that cooperation, Mauritius government will begin Automatic Exchange of Tax Information from September 2018.

In its true effect, the Black Money Act, 2015 has shown many positives bringing in much of the undisclosed income to the Government, with its increased goodwill and support from its allies, India can expect an increase in disclosure of the black money, however it’s still a long journey and many hurdles to overcome, including domestic political environment. The implementation of the Act has been a positive step, but the government has to investigate thousands of trusts where the black money is hoarded in India itself. Where the individuals are asked to show the various bank accounts held, the same provision is not there for corporate entities or trusts. The government is willingly allowing these people to get away with this scam as most of the politicians and influential peddlers are involved in it. It is high time that the government takes a positive step towards unearthing the black money hidden in India itself by various means. Therefore, the effective execution of the Act will be a challenge for the NDA Government.