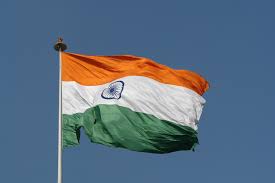 In this blogpost, Priyanka Kansara, a student from National Law University, Jodhpur writes on is it necessary to stand when the National Anthem is playing and what are the laws related to it.

Article 19 (1) (a) of the Indian Constitution[6] states that All Citizens shall have the right to freedom of speech and expression, but at the same time, as per Article 19 (2) of the Constitution[7], Nothing in sub-clause (a) of clause (1) shall affect the operation of any existing law, or prevent the State from making any law, in so far as such the law imposes reasonable restrictions on the exercise of the rights conferred by the said sub-clause in the interest of the (Sovereignty and Integrity of India[8]), the security of the State friendly relations with other States, public order, decency, or morality, or in relation to the Contempt of Court defamation or incitement to an offence[9].

The General Provision of the directive says that whenever the National Anthem is sung or played, the audience shall stand to attention. However, when in course of a newsreel or documentary the Anthem is played as a part of the Film, it is not expected of the audience to stand as standing is bound to interrupt the exhibition of the film and would create disorder and confusion rather than add to the dignity of the Anthem[12]; the same provision was upheld in the Case of Karan Johar vs. Union of India[13], wherein the National Anthem was shown in the middle of the movie as a part of it, so there was no need of standing in the mid as it could interrupt the exhibition of the Movie.

Is it mandatory to stand up while the National Anthem is being played-?

Maharashtra has made it mandatory by an executive order to play the National Anthem before the screening of the Movie since 2003. Different exhibitors have started playing different versions of the National Anthem, which could sometimes go for about ten (10) minutes. The Constitution provides for the exhibition of films under State List[14]. Despite not having a proper list of the occasions, wherein the Anthem could be played, the mass singing of the Anthem is allowed under the Directives[15].

A person, with his family, was thrown out in Maharashtra for not standing, while the National Anthem was being played[16], this matter raises a question before us that whether standing is mandatory as per section 3 of the Prevention of Insults to National Honour Act 1971[17]. The careful perusing of this provisions clearly states that ‘whoever intentionally prevents singing of the Indian National Anthem or causes disturbance to any assembly engaged in such singing’; it means that a person, who avoids standing or singing without any intention to prevent the singing or causes disturbance, will not amount to an offender as the ‘not standing phenomenon’ does not indicate disrespect necessarily.

It also raises another question, whether throwing out of that person for not standing during the National Anthem disrobes his Fundamental Right to Freedom of Speech and Expression. The National Anthem and the Constitution are, undoubtedly, our Pride; they signify the Dignity, Integrity & Sanctity of our Nation. But, above all, the protection of the persons’ Fundamental Rights shows the Constitutional Spirit; any Law, which is against the Constitutional Values and Constitutional Spirit, is not a Law at all. The matter is simple for the persons, who cannot stand because of the Physical Disability; though it is not mentioned anywhere in the Rule or other Legal Provisions. But, the situation turns its face, while dealing with this complex matter.

Article 19 (1) (a) of the Indian Constitution talks about Freedom of Speech and Expression on the benchmark of Reasonable Restrictions in the Public Interest. The Reasonable Restriction phenomenon depends upon the Basic Structure of the Constitution and besides that as per 1951 Amendment State was allowed to make laws with the objective of imposing reasonable restriction on the exercise of the Article 19 (1) (a) in the interests of[18]–

Whether it is a moral responsibility of the Citizens of the Nation to stand to show respect towards the National Anthem-?

People would prefer to go some 15-20 minutes late in the cinema theatre just to avoid this ‘formality’ of standing up for the National Anthem while it is being played. It is also clear that it is not a part of the movie. Hence, it makes necessary for the people to stand up in respect of the National Anthem. But what makes an obligation as mandatory is not just the private morality, but the public morality at large, as what is moral for a certain group of person doesn’t make it moral for all. The concept of morality should be measured on the benchmark of constitutional spirits.

Making it mandatory by way of rules does not make an action legally binding. For making it legally valid, one has to look into whether those rules are not infringing someone’s Fundamental Rights and whether the so-called rules can make any change or will it be beneficial for the attainment of the objective for which, it was enacted. The author doesn’t mean that the State Government Rules are not sustainable. But, it is also true that sometimes a compulsion makes the people lawbreakers.

[10] Orders relating to the National Anthem of India, Ministry of Home Affairs, http://www.mha.nic.in/sites/upload_files/mha/files/pdf/NationalAnthem(E).pdf (accessed on December 16, 2015).

[14] Article 246, List-II: State List, No. 33, Theatres and dramatic performances; cinemas subject to the provisions of entry 60 of List I; sports, entertainments and amusements, http://lawmin.nic.in/olwing/coi/coi-english/Const.Pock%202Pg.Rom8Fsss(35).pdf (accessed on December 16, 2015).