This Article is written by Shruti Singh, 2nd year Law student from Hidayatullah National Law University, Raipur. This article explains the Principle of Res Sub-Judice and various case laws associated with it.

Res means every object of right that forms the subject matter in a particular case. In Latin, the term Sub-judice means ‘under a judge’ or in other words, a matter ‘under consideration’. It means a cause that is under trial or pending before a court or judge. The doctrine of res-judicata prevents the trial of a suit which is already pending in a court of competent jurisdiction. When the same parties file two or three cases in the same matter, the competent court has the power to stay proceedings of another court. The primary aim is to prohibit the courts of concurrent jurisdiction from simultaneously entertaining two parallel litigations.

This rule is applicable to the trial of the suit and not the institution. It does not restrict the court from passing interim orders like injunction or stay. However, it applies to revisions and appeals.

The purpose behind this rule is to prevent multiplicity of cases in courts. It is also sought to prevent the plaintiff from getting two separate decisions from different courts in his favour or two contradictory judgements. It also ensures to protect the litigant from unnecessary harassment. The policy of law is to restrict the plaintiff to one legislation, thus obviating the possibility of two conflicting verdicts by one and the same court in respect of the same relief.

In Pandurang Ramchandra vs. Shantibai Ramchandra, the Supreme Court has stated suit is to be understood to apply on any proceeding in a court of justice by which an individual pursues that remedy which the law affords.

Section 10 of the Civil Procedural Code, 1908 deals with the conditions required to apply the principle of res sub judice. The conditions in the process of application of res sub-judice are:

Section 10 clearly states that the matter in issue in both the suits must be directly or substantially be the same.In other words there must be two suits one that is previously instituted and another that is subsequently substituted. The issues of both the suits should be same to get the benefit of this principle, it is not sufficient if only one or two issues are common. In the circumstances were the entire issues are not the same, the court may exercise its power under Section 151 and stay the trial in a subsequent suit or the trial of the suit may be consolidated. The power of courts to stay the trial under Section 151 is discretionary in nature and can be exercised only when there is an abuse of process of court and if it defeats the ends of justice.

According to Indian Evidence Act, 1872 “matter in issue” are of two kinds:

Matter collaterally and incidentally in issue– It is just contrary to the matter directly or substantially in issue.

The two suits should have the same parties or their representatives.

The title of both the suits for which the parties are litigating should also be same.

The former suit must be pending in the court while the latter suit is instituted. The word pending is for the previously instituted suit, where the final decision has not been arrived at.

The moment the above conditions are satisfied, a court cannot proceed with the subsequently instituted suit since the provisions contained in Section 10 are mandatory and the court cannot exercise its discretion. The order of stay can be made at any stage of the proceedings.

However, Section 10 takes away the power of the court to examine the merits of the case thoroughly. If the court is satisfied with the fact that the subsequent suit can be decided purely on legal point, it is open for the court to decide in such a suit.

In Neeta vs. Shiv Dayal Kapoor & Others it was held the subsequent matter can not be stayed if the conditions mentioned in Section 10 are not fulfilled. In the apparent case, the two courts which tried the same issues were not the courts having concurrent jurisdiction. Therefore, the proceedings in the subsequent court were not stayed.

The test of applicability for Section 10 is whether the decision in a former given suit would operate as res judicata(decided case) in the subsequent suit. It this happens, then the latter suit must be stayed. This can also be inferred from S.P.A Annamalay Chetty vs. B.A Thornbill.

The explanation clause of Section 10 clearly provides that there is no limitation on the power of an Indian court to try a subsequent instituted suit if the previously instituted suit is pending in a foreign suit. This also means that the cases can be carried on simultaneously in two courts.

The word inherent has very wide meaning which includes an inseparable part of something or an attribute or quality which is permanent and essential. It is something which is intrinsic and attached to a person or object. Therefore, inherent powers are the powers of the courts which are inalienable i.e., something which can be separated or taken away from the courts and they exercise it in order to provide complete justice to the parties.

Even where the provisions of Section 10 do not strictly apply, a civil court has inherent power under Section 151 to stay a suit to achieve justice. Additionally courts can also consolidate different suits between the same parties in which the matter of issue is substantially the same. In Bokaro and Ramgur Ltd. vs. State of Bihar and Another(1962) the matter in issue was regarding the ownership of a property. The court in this case used its power and consolidated different issues having same matter.

The objective behind Section 10 is to avoid two contradictory decisions in the same matter by different courts. To overcome this the courts can pass an order of consolidation of both the suits. In the case of Anurag and Co. and Anr. vs. Additional District Judge and Others, it was explained that consolidation of suits is ordered under Section 151 for meeting the ends of justice as it saves the party from a multiplicity of cases, delays and expenses. The parties are also relieved from producing the same evidence at two different places.

Any decree passed in contravention of Section 10 is not null and therefore cannot be disregarded completely. It is to be clearly understood here that it is only the trial and not the institution of the subsequent suit which is barred under this section. But this right which is given in favour of parties can be waived by them. Hence, if the parties in a suit decides to waive their rights and ask the court to proceed with the subsequent suit, they cannot afterwards challenge the validity of the subsequent proceedings.

Interim orders are the temporary orders which are passed for a limited duration just before the final order. An order of stay under Section 10 does not take away the power of the court to pass interim orders. Therefore, the courts can pass such interim orders as it thinks fit like attachment of property, injunction etc.

Res sub judice as a doctrine has the main purpose of reducing the burden of courts from abundance cases. In other way it also reduces the burden of parties to adduce oral or written evidence twice in different courts. It also avoids conflicting decisions and makes sure to minimise the waste of resources of courts. The court can exercise this power and put a stay on the subsequent suit. The people who try to misuse their right in order to get double benefits are looked after through this principle. Anyways the Indian judiciary is overburdened with many cases and if parties will start instituting cases twice then one can’t even imagine the situation of the courts in giving decision in all such cases. Judgements of Court of Justice when relevant 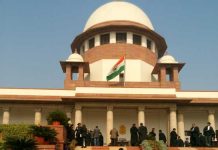 Facts which need not be proved under the Indian Evidence Act