This article is written by Kashish Kundlani, a third-year student of (BBA.LL.B) Ramaiah Institute of Legal Studies, Bangalore. In this article, we’ll discuss the offences relating to wrongful restraint and wrongful confinement.

Wrongful restraint and wrongful confinement are offences related to the human body. Committing these two offences would mean that it is violative of the right of a person given in Article 19 and 21 of the Indian constitution.

First, let us understand the meaning of restraint.

Restraint means- the action of keeping someone or something under control or, restricting someone’s personal liberty or freedom of movement. Wrongful restraint is defined in Section 339 of the Indian Penal Code. It states that whoever on purpose obstructs any person with the intent to prevent him from moving in any direction in which he has a right to move or to proceed is said to wrongfully restrain that person.

It is not an offence under this section when a person in good faith believes himself to have a lawful right to prevent another person’s private way over land or water.

The objective of Section 339

The object is to protect the right of a person to move freely wherever he wants to and also to protect his life and personal liberty. The obstruction of a person’s right in a bad faith is an offence and punishable under this Section.

As soon as the freedom or a right of a person to proceed in a way is obstructed, wrongful restraint takes place.

Case Where there is wrongful restrainment

Lalloo Pd. vs Kedarnath Shukla And Anr. on 4 December 1962

Lallu Prasad, son of deceased Mahadeo Prasad filed an appeal to the court.

On his return, he found out Shukla putting another lock at the shop. He objected to this action but Shukla did not pay any attention to it.

So the next day when the complainant came to open the shop he found Shukla standing with his two or three associates in front of the door and Shukla threatened him with serious consequences if he attempts to open the shop.

The defence argued that Shukla went into the shop to ask for the dues and he found out that the complainant was not in a state to pay the rent so he willingly handed over the key of the shop to him. And on seeing the situation of the complainant, Shukla told him to vacate.

The court decided that telling a tenant to vacate for the non-payment of the dues is a lawful act and thus, he cannot be held guilty for trespass.

The court also found out that Shukla did put his lock on the door of the shop.

It was held that Shukla, by locking the door, has wrongfully restrained the complainant to enter into the shop and found him guilty under Section 341 of the Indian Penal Code. He was charged with ₹20 fine.

The case where there is no wrongful restrainment

Shankarlal Sarma (Bhatra) vs State Of Assam And Anr. on 4 March 1975

The complainant’s elder brother Shankarlal Sharma who is the petitioner parked his car in front by blocking the passage. Due to which the complainant was obstructed to take out his car from there.

Whether any offence under Section 339 of the Indian Penal Code has been committed by the petitioner in this case.

It was held by the court that the Ejmali passage was a common passage to be used by them and not a private passage.

Therefore, the petitioner in parking his vehicle in the passage believing it to be done in good faith and had a lawful right to do. Thus, they have not obstructed anyone’s private way.

This is explained under the exceptions of Section 339. Thus, he cannot be held guilty.

Confinement means the action of restraining or restricting someone in a place or within boundaries. Wrongful confinement is defined in Section 340 of the Indian Penal Code.

It states that whoever wrongfully restrains a person so as to prevent that person to move beyond a certain restricted limit, is said to have committed the offence of wrongful confinement.

In simpler language, it means restricting a person’s right to move within restricted limits in which he has a right to move.

Wrongful confinement is full restrainment because a person is restricted within a defined space or area.

Punishment for wrongful confinement is defined under Section 342 of the Indian Penal Code as whoever confines any person shall be sentenced to imprisonment which may either extend to one year, a fine which may extend to ₹1,000, or both.

Emperor vs Bandu Ebrahim And Anr. on 11 September 1917

Accused No.1 is a pimp in the brothel and accused No. 2 is a brothel keeper in Bombay.

The complainant, Vithibai was brought in this brothel and was confined by the accused. She was not allowed to move out or go anywhere. She was always supposed to be there only. There were also guards at the door to prevent her and other females to move out.

The defence argued that she had voluntarily submitted herself into prostitution and also voluntarily came to Bombay with him.

After considering the facts and evidence of the case, it was held by the court that both the accused were guilty under Section 343 of the Indian Penal Code for wrongful confinement. And will be sentenced for one-year rigorous imprisonment

Under this, the punishment of the crime is enhanced according to the period of confinement.

A comprehensive analysis of the two offences is that wrongful restraint is preventing a person to move in a direction. This does not mean or includes all the direction, it means only a particular direction. For example, you are walking on a street and someone comes and blocks your way to proceed in the direction you wanted to go here you have an option to move in any other direction apart from the restrained one.

Wrongful Confinement is the blocking of all the ways of a person where he has a right to go. The objective of these offences is to protect personal liberty and their right to move freely throughout the territory of India. But if anyone in good faith and with a lawful justification obstructs a path, that will not fall under this offence. 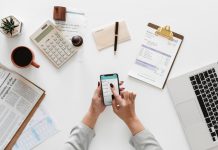