This article is written by Avinash Kumar, pursuing a Certificate Course in Advanced Corporate Taxation from LawSikho.com. Here he discusses “What are the Different Types of Residential Status Under Income Tax Act and What is their Relevance?”. 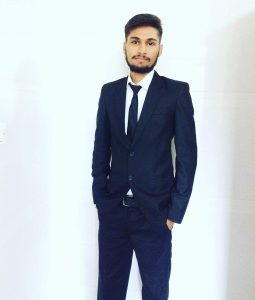 Section 6 of the Income Tax Act 1961 talks about the Residential Status. Residential status of a person means that whether the particular person is entitled to pay the income tax in India or not?

Residential status of a person plays a vital role in the purpose of the levy of income tax because the Income Tax department takes the tax based on the residential status of the person. If a person is a citizen of India but at the end of the day, he can be a non-resident for a financial year.

This can be also a vice versa like a foreigner can be a citizen of that particular country and if he is living in India for a particular time period and that time period is fulfilling the criteria for the Resident of India then he can be taxable in India.

While the residential status of the individual, company, a firm is determined in a different way. Each one has a different time period for the determination of Resident in India.

Why Residential Status is Important?

We are living in such a society where we don’t like the concept of sharing. We only think about the individual while we should think of society for the large.

That’s why we try all possibilities to not share own hard money to the government. However, it is a very important duty to pay the tax for the growth of the nation. Because the money which we are paying in the form of tax that is directly or indirectly connected to our own development.

One of the important questions arises that if any dispute arises in a calculation of residential status of the individual, company or firm then the burden of proof will be on the assessee. This is the question of the fact that assessee is a resident or non-resident and it is the duty of the assessee to produce all the necessary facts to the Income Tax department to prove the resident or non-resident.

As per the depending stay of the individual in India, Income Tax Law has classified the residential status into three categories.

There are the following categories which classified the residential status of an individual.

Under Section 6(1) of the Income Tax Act an Individual is said to be resident in India if he fulfils the condition:

As per section 6(6) of Income Tax Act, 1961 there are following two conditions when an individual will be treated as the “Resident and Ordinarily Resident” (ROR in India.

If the individual doesn’t satisfy either of the condition, then he is no eligible to qualify as Resident and Ordinarily Resident (ROR).

Points which are essential while calculating ROR

Let’s understand the ROR with an example:

Suppose Mr. Nayar who is a resident of India who went to another country in October 2018 while he had stayed in India during the financial year (2018-19) is for a period of 250 days which is exceeding the 182 days and his stay in previous 7 financial years is more than 730 days then he is eligible for paying the tax in India. That’s why the income of Mr. Nayar will be taxable in nature because he is fulfilling the condition of ROR.

2. Resident but Not Ordinarily Resident (RNOR)

An individual will be treated as RNOR when an assessee fulfill the following basic conditions:

However, an Assesse will be treated as a Resident but Not Ordinarily Resident (RNOR) if they satisfy one of the basic condition which is as follows:

Let’s understand Resident but Not Ordinarily Resident with an example:

Suppose Mr. Nayar who is in the Financial year 2017-18 stayed in India for a period pf 192 days so he was fulfilling the condition No 1 but He didn’t stay in India for more than 730 days during the period of 1st April 2010 to 31st March 2011 which was immediately preceding the Financial Year 2017-18. So in this situation, Mr. Nayar will be qualified for a Resident but Not Ordinarily Resident (RNOR).

An individual will be qualified for Non Resident (NR) if He/ She satisfies the following conditions which are as follows:

What are the steps required to Calculate the Residential Status of an Individual?

If an Individual is not fulfilling the above condition, then we apply both the condition and if he satisfies any of the basic condition takes then he is said to be a Resident.

Origin, Nationality, place of birth, domicile doesn’t play a vital role in the calculation of Income Tax. If a person who is an Indian citizen can be non- resident and the person who is not a citizen of India and if they are residing in India, and if they are fulfilling the criteria of Resident then as an eye of Income Tax they can be resident of India and they will be taxable in nature.