In this blog post, Disha Mohanty,  a student pursuing her LL.B (5th year) from National Law University, Odisha and a Diploma in Entrepreneurship Administration and Business Laws from NUJS, Kolkata, writes about the responsibilities of foreign directors in India. 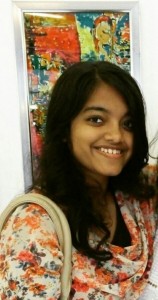 With the onset of the Companies Act 2013, there has been a paradigm shift with regard to what will construe as the requisites for the appointment of a director in keeping with the responsibilities ascertained therein with a foreign company in concurrence with the RBI approval based requirements devised through FDI compliance. The requirements to be complied with in regard to foreign companies will be applicable only for the foreign companies which fulfill the terms stated[1] under Section 379[2] of the Companies Act, 2013 as per Chapter XXII. In case of absence of the foreign director, an alternate director (who must be a resident Indian) can take his/her place for not more than three months.

It must be stated at the very beginning that it is mandatory for every foreign company in India to have at least one Indian director on board[3] who must reside in the country for at least one hundred and eighty days in the previous year[4], so as to enable compliance with the statutory requirements due to the previous common practice of all the directors being stationed outside India and hence, resulting in compliance issues. The Section also includes the mandatory requirement for having a female director on board. It is also necessary for every foreign company to file Form FC-1 preferably within 30 days from the date of commencement of business in India, which must include a declaration stating that the director has not been debarred from running a business in India and abroad[5]. While the foreign director will require getting a Digital Signature and Director Identification Number in keeping with the Indian provisions, in addition to the approval acquired from the respective embassy consuls, however, it is not mandatory to acquire a PAN for the same. Additionally, unlike the Indian rule, foreigners won’t require a proof of their father’s name for the documents as mentioned above

Additionally, it may also be mentioned herein that the range of companies coming under the category of foreign companies has notably increased with the most specific relevant addition being that of including businesses being carried out in the electronic mode, also being included under the ambit of the Companies Act, even if the main server is not located in India. Considering the number of e-commerce portals which are plying in India within the past decade, Rule 2(c)[6] requires any business having a place of business in India to register therein and according comply with the financial requirements and reporting compliances[7] .

It must be noted that though directors can exercise the option to attend board meetings via video conferencing, it is necessary for every director to attend at least one meeting physically in person, for every 12 months.[8] Also, while the requirements for the requisite number of directors remain the same for foreign companies as in India, this privilege does not extend to foreigners opening a One Person Company which requires only one director.[9] It must be noted that foreign companies post the 2013 amendment can engage in mergers with Indian companies.

Directors in foreign companies also have to file accordingly a Director Responsibility Statement which states that the director has accordingly devised a system to ensure the compliance of the company concerning the applicable laws which should be operating efficiently and must be adequate reasonably.

It is also additionally the director’s responsibility to ensure that that in cases where in the net worth of the company is more than Rs 500 crores, or if the turnover is exceeding Rs 1000 crores, or has a net profit exceeding Rs 5 crores, the company must constitute a Corporate Social Responsibility Committee (two members, one of whom must be a resident director) which must accordingly devise CSR policies and implement them, utilizing at least 2% of the average net profit made by the company in question in the preceding three financial years in accordance with the terms of the CSR policy. This rule is applicable only to those foreign companies which have business operations in India. It is necessary to mention that the actions and utilization of monetary resources as per the policy must be mentioned in the annual report.

The directors are bound by the same responsibilities as their Indian counterparts regarding declarations about Related Party Transactions. It is also necessary for the directors to ensure that the activities undertaken by the company are strictly within the purview of those activities approved by RBI and are in compliance with the terms and conditions mentioned in the approval, which is to be issued by the appointed Chartered Accountant of the company by means of the Annual Activity Certificate. Foreign companies are on the whole permitted a limited list of activities in concurrence with the restriction that allows only those activities which are undertaken by the parent company.

With regard to raising capital of the company publicly, which would require issuing of a prospectus must be in keeping with Rule 11[10], with the directors treating the prospectus for all purposes to be an Indian prospectus. It is also the responsibility of the foreign director  to file the annual returns of the foreign company namely FC-4 as per Section 389 of the Act,[11] within sixty days from the last day of its financial year with the requisite fee to the Registrar of the Company (RoC)[12].  The director also has the responsibility to ensure compliance with the audit requirements applicable, especially if the company is about to undergo liquidation or to wind up and subsequently must notify the authorities pertaining to the ceasing of the existence of the company, in addition to approving the balance sheet and profit and loss account of the company.[13]

In accordance with the fact that the prospectus of a foreign company here will be treated as if issued by an Indian company, it is the director’s responsibility to ensure compliance with SEBI (Issue of Capital and Disclosure Requirements) Regulations, 2009 with regard to declaration of material contracts disclosing details pertaining to the remuneration/appointment of the director two year prior to the issuing of the prospectus in addition to the other requirements pertaining to IDR. Disclosure of interest also extends to foreign directors as a responsibility owed towards their company. It is also the duty to partake the responsibility pertaining to the preparation of annual reports which must include the grounds mentioned under business responsibility reporting if the company in questions is within the top 100 companies by market capitalization[14]. It is also the responsibility of the director to register the charges on the property regardless of whether it is located in India or outside.[15]

Further, with regard to mergers, foreign companies are permitted to merge with Indian companies; this would bring the company in questions within the ambit of the Competition Act, subject to MoU based on Central Government approval. And accordingly, make it the director’s liability subject to his/her involvement with the merger in question. If a company is incorporated in Singapore, then it is a necessity to ensure that at least one director of Singaporean nationality is on the board of the company in India. Languages however will at no point serve as a barrier from the appointment of the foreign director in the company.

It is also the director’s responsibility to ensure the compliance with the laws of the country where the company has been incorporated and according to whose laws the Articles of Association and Memorandum of Association have been drafted accordingly, and in general has a fiduciary duty to the company. Non-compliance with the responsibility as mentioned earlier will lead to the liability falling on the director as per Indian provisions.

In general, while foreign directors have a responsibility to ensure compliance with the laws of their parent company’s country and Indian laws, with regard to Indian laws the emphasis is primary in relation to tax compliance, and primary company bye-laws pertaining to the functioning of the country which in addition to company law includes the relevant labor, employment laws, and based on the activities of the company, intellectual property laws compliance. The emphasis lies on procedural compliance and especially with compliance and maintaining that the activities undertaken by the company are strictly those which are permitted and with prior approval. On the whole, while the laws in question place a considerable amount of increased liability on the director in question, such liability is necessary to ensure at least a particular degree of business responsibility and increased compliance with Indian procedural requirements is undertaken.