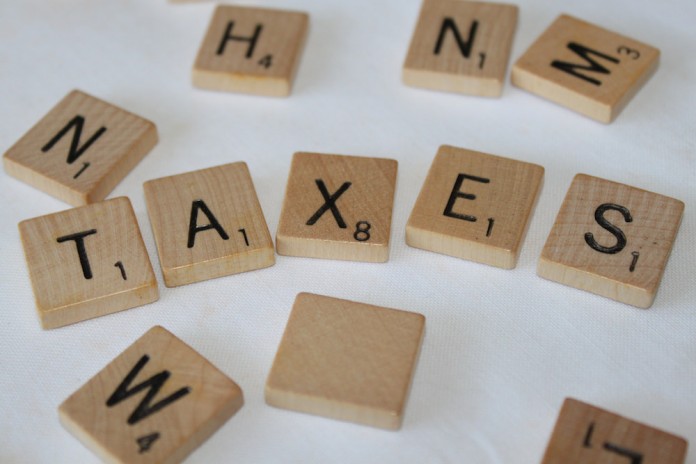 In this blog post, Siddheshwari Ranawat, a student from studying at the University of Petroleum and Energy Studies and pursuing a Diploma in Entrepreneurship Administration and Business Laws by NUJS, discusses the restriction on tax inversions.

Tax inversion is also known as corporate inversion. Corporate inversion occurs when a U.S based company buys or combines with a foreign company in a country with a lower corporate tax rate as compared to the U.S. The U.S taxes the worldwide earnings of its legal entities companies that receive income from foreign resources often use the corporate inversion strategy to lower their income earned abroad and this is not considered as tax evasion because it does not involve misrepresentation information or hiding profits earned through illegal business activities. Suppose a U.S manufacturing company begins selling more products abroad the income it earns from foreign sales is taxed in the U.S and U.S tax credits do not cover all taxes the company must pay abroad so it is a loss from the side of company as they have to pay more taxes in their residence country as well as abroad. The company pays more U.S taxes for its foreign sales grown. It could avoid paying higher U.S taxes if it incorporates abroad by moving or merging with a foreign company this way its resident country will change resulting into it not paying taxes in the U.S for that matter. Corporate inversion has become a popular strategy as it rarely lives to job loss or other substantial business changes and some companies use it to remain competitive. However, the lost U.S tax revenue cost billions of dollars that the nation could have used in its domestic economy for growth and development.

The official U.S treasury on its press centre defines corporate inversion as “A corporate inversion is a transaction in which a U.S.-parented multinational group changes its tax residence to reduce or avoid paying U.S. taxes. More specifically, a U.S.-parented group engages in an inversion when it acquires a smaller foreign company and then locates the tax residence of the merged group outside the United States, typically in a low-tax country.” In September 2014 and November 2015, the U.S Treasury announced certain guidelines that made it hard for companies to undertake an inversion and reduced the economic benefits related to the inversion. On April 4, 2016 they took additional action to address this problem by issuing temporary regulations on inversions and proposed regulations related to companies’ earnings which resulted into cancellation of the biggest merger between U.S and Ireland based company.

A corporate inversion is a process by which an existing U.S. corporation changes its country of residence. Post-inversion the original U.S. Corporation becomes a subsidiary of a foreign parent corporation. Corporate inversions occur through three different paths: the substantial activity test, merger with a larger foreign firm, and merger with a smaller foreign firm. Regardless of the form of the inversion, the typical result is that the new foreign parent company faces a lower home country tax rate and no tax on the company’s foreign-source income.

The Statistics:  How does the strategy of tax inversion work? Let’s start by answering the simple questions related to the complicated U.S federal tax system. We have already understood in brief what tax inversions are and how being a foreign resident company helps the company to reduce taxes without much effort.

One of the reasons why corporate inversions are becoming so popular is because the corporate income tax rate in the U.S. is the highest rate in the industrialized world which is 40%. While Canada’s corporate tax rate is 26.5%, the United Kingdom’s is 20% and Ireland’s is only 12.5%, which is why Ireland is a popular choice for companies that engineer corporate inversions.Let’s look into the statistics provided seventy-six U.S. multinational corporations have reincorporated in lower tax countries since 1982, and the clearly due to the benefits which the company receives the trend seems to be increasing. From 1983 to 2003, there were a total of 29 corporate inversions and then between 2004 and 2014, 47 more companies joined the ranks.

Among the revisions of the previous provided regulations are hopscotch loans. These are loans that companies make to a new foreign parent company to avoid U.S. taxes on repatriated foreign earnings. The Treasury has also moved to stop companies from restructuring foreign units to access deferred earnings without paying taxes which means nonpayment of those taxes and companies profit.  These are two among several tax changes that the Treasury hopes to curb all the hype about corporate inversions. But the hype has been created due to a reason and its solution would be for the U.S. to lower its corporate income tax rate to levels consistent with those in other developed countries at least to an extent. Because the current tax rates are too high.

A special focus on the Pfizer-Allergan deal:

Pfizer (U.S based) and Allergan ( Dublin based) companies terminated their $150 billion proposed merger after the Obama Administration took aim at corporate inversion deals which can be considered as one of the biggest losses in the merger history. Its not that big considering the market value of Pfizer being $200 billion and Pfizer had to pay the merger price to Allergan as a breakup fee. The merger’s failure will certainly affect both the companies but also future merger transactions as well.

Both the companies decided to not go ahead with the deal because of the Obama administration’s aim at them. The deal was to move the biggest drug company from America to Ireland which would result into low tax rates for the U.S based company. The involved strategy was the tax inversion strategy and we will further see how the biggest merger of the U.S got cancelled due to the restrictions imposed on the tax or corporate inversion strategy.

Let’s take another example: Firstly Eaton Corporation PLC (ETN). In 2012, Eaton Corporation moved its corporate headquarters from Cleveland, Ohio, where it had been since 1911, to Dublin, Ireland. The move was the result of Eaton’s purchase of Ireland-based Cooper Industries for nearly $13 billion.

Medtronic (MDT), the world’s third-largest medical device company, moved its international headquarters to Dublin, Ireland, in January 2015. Though the company operated out of Minneapolis, Minnesota since its establishment in 1949 and continues to maintain its operational headquarters there, it is now legally considered to be an Irish corporation. Medtronic applied the corporate inversion strategy of Irish device maker Covidien, PLC for nearly $49 billion which is a huge deal as well.

Recent Changes made by the U.S Treasury:

1) Allow the IRS to bifurcate related-party debt into part equity and part debt;

2) Create extensive documentation requirements necessary for related-party instruments to be respected as debt; and

3) Recast debt as equity if it issued as part of a perceived base erosion transaction. Although proposed, if finalized the recast rules would phase in for debt issued on or after April 4, 2016. Upon finalization, the documentation requirements would need to be met as soon as 30 days after the issuance of related-party debt.

If the current trend goes on with the types of policy that are applicable, we should expect more companies to enter into corporate inversions for all the same reasons: lower corporate tax rates, bypassing marginal tax rates and no taxes on overseas assets. So, we know what the term means and what are the policies related to it and how it works what were the different deals related to it and its future prospects because of its benefits it will work and reach newer heights but it will definitely affect the American economy domestically, as those taxes can be used for the growth and development of the country.