This article is written by Jelena Marijanović, pursuing a Diploma in M&A, Institutional Finance and Investment Laws (PE and VC transactions) from  Lawsikho.com. Here she discusses “REVERSE MERGER”. 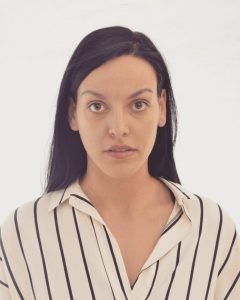 It all starts with going Public or before?

In most of the cases, the ultimate measure of a company’s progress is the moment when it comes out of the shade and starts being publicly traded. Going public brings different benefits to the company- its securities are traded on an exchange, it’s capital and liquidity increase, its shareholders get more interesting exit strategies, and it gets better access to the capital markets.

Many private companies looking for growth are often going public in order to reach more investors and raise capital faster. There are also private companies with huge revenues, not in the need for additional capital, but simply attracted to the prospect trading on SE and other benefits public companies usually gain. Going public is normally connected with IPO (initial public offering), where the company is offering its shares to the public for the first time. For companies, however, it can be risky, time-consuming and expensive, so they often look for simpler and more cost-effective alternatives to grow in desired directions, without even raising the capital if it is not their primary interest. One of the unconventional ways to achieve that is a reverse merger.

What is Reverse Merger?

Simply defined, reverse merger (reverse takeover) is a corporate transaction in which the public company is acquired by a private company and then merged with it, which allows the acquirer to go public through the procedure which is less complex, risky and time-consuming than IPO. Despite the simple definition, reverse merger immediately opens a lot of questions for discussion: Why would somebody do this instead of IPO? Why would public company actually want to be acquired by a smaller, private company? How is this executed? Are there any risks? Explaining the basics first only brings up additional questions.

BREAKING DOWN THE BASICS

In the simplest scenario, the private company shows up and takes over the public company, in a way that its shareholders purchase the substantial majority of it, and subsequently control its board of directors. Acquired company is interestingly called the shell company – all that is left of it after the transaction is its old organizational structure. So which steps does this transaction involve?

After the situation is set up like this, it becomes clear that the basic steps taken are very similar to a regular merger, except that the target actually ends up as an acquirer. However, it still does not answer most of the questions.

Why this instead of an IPO?

As it was previously mentioned, going public through traditional IPO necessarily requires raising capital and detailed planning. It often happens that managers spend countless hours structuring different aspects of their company’s future IPO, just to find out that the market simply does not want them at the moment, and those unfavourable conditions lead them to cancelled deals and wasted efforts.

So why would we choose an IPO if we want our very liquid company to trade stock without any need for raising the capital and facing the risky market surrounding for that? Or even better, what if our very liquid company is simply interested in reaching some other benefits of being public as an ultimate goal, and there is no reason for additional complications while achieving that goal? In those cases, given definition of a reverse merger already makes sense. Not only that we would be released from capital raising function as an inseparable part of IPO, but the risky stock market surrounding which could make our goal of going public uncertain could also be avoided. And all that with countless hours of working on IPO saved for something as important as our business development since this transaction can take only a few weeks to complete.

If going Public is progress why would anybody go Private?

A public company, on the other side, chooses going private for a number of reasons. Being acquired by a private company can create significant financial gain for both CEOs and shareholders. Shareholders, often being short-term retail investors, pressure the board of directors and senior management to complete such deal in order to increase the value of their equity holdings, whole CEOs are motivated with amounts of their considerations. Public companies do enjoy many benefits but are also more burdened. Compared to private companies, compliance regulations and reporting requirements are often so expensive and time consuming that the management would actually consider completing the deal which would free their time and funds, allowing them to focus on long-term business goals.

Other side of the Coin- Risk for Effectiveness

Although the reverse merger provides the parties with numerous benefits, this transaction does not come without its own set of risks. Normally, a reverse merger is a perfect option for the company which does not look for immediate capital gains, or even better, for the foreign company which plans to access other markets in the fiercest way possible. However, not every company is able to bear the outcomes of risky manoeuvres undertaken during this transaction.

Let’s return to the basics, where we named the public company shell company. Unfortunately, in most of the cases, shell companies are in that state for real, not only figuratively and for the purpose of completing the merger. Those are the companies which experienced a series of losses and currently operate in name only. This circumstance can be used as a benefit when it comes to a tax deduction, but also brings another series of problems that accompanied the financial downfall of the shell– pending lawsuits.

As it was earlier mentioned, compared to IPO, which can take up to 12 months, a reverse merger is a much shorter way to achieve desired goals in going public. However, even this short process can surprisingly take much longer from the initial plan where parties are closing the deal as soon as the lawyers finish the paperwork. This comes not only from the undesired complications that may occur along the way but also from objective circumstances such as public company’s complexity. This, in addition, may bring to another problem – management of the private company suddenly dealing with a public company without any additional time to prepare for such a big turn.

And while reverse mergers are much cost-effective than IPO, they can still cost a lot of money. An example is given, according to US law firms data they can run anywhere from 150.000 to 550.000 USD, depending on the price and quality of the shell company.

In recent years reverse mergers started losing some of their tarnish, mostly due to shareholder fraud attempts, tax avoidance, and other stories of suspicious involvements with shell companies. In order to prevent risks, and avoid complications, due diligence is a must. Once it is ensured there are no unsolved liabilities or suspicious issues associated with the shell company that could come back to haunt the acquirer’s management in the future, this is a good way to go public.

Variations on a theme – Can it become more Complex?

Other version of the triangular structure occurs when an acquiring company creates a subsidiary, which purchases the public company and is absorbed by it. After the amalgamation, the subsidiary is simply liquidated, and the public company is left as the surviving entity – and the subsidiary of acquirer. After the stock exchange, things get more defined, so the acquirer gets all the assets and liabilities the seller has.

Back to Legal – Main Transaction Components

Reverse mergers are still mergers. It means that the whole process, although done backwards, is not really different when it comes to steps execution.

The first step is signing the confidentiality agreements and letters of intent. Having in mind the nature of the transaction, a confidentiality agreement is important and recommendable step to be taken, and its provisions cover not only negotiation, but also customers, employees, and all the business matters. For letter of intent, essentially being the non-binding document, it is important to set up all the parameters of a future transaction, negotiations, and, most importantly – detailed due diligence.

After taking the initial preparation steps, both parties start working on the agreement, which is the essential deal document. Of course, it defines all the rights, obligations, and conditions and covers all the legal and financial circumstances that exist or may occur. Moreover, it defines the closing procedures, with closing preconditions, and post-closing obligations. As the components to pay attention to, the following should be mentioned:

The next step of the process is actual closing – where shares are exchanged and consideration is paid and required paperwork fulfilled. In reverse merger, the acquirer practically pays for acquiring a shell. Based on the shell quality, the price can vary, but in practice, it is generally between 200.000 and 400.000 USD, worldwide. The consideration may be paid in cash, debt, or both. In most of the cases, this consideration is paid in equity, so the sellers are advised to be careful not to overleverage the company when they decide to go private, since the big revenues still may not be enough to service the debt in the future.

This type of transaction is more common in the US, compared to other parts of the world. In US it is more or less successfully executed for achieving different goals- not only going public but also internal restructuring and tax benefits. In Asia, this kind of transaction is still rare. In recent years, China experienced the reverse merger boom, since it is noticed as a good way for companies to access other capital markets, which however resulted in Chinese private company attempting the fraud in order to get listed in US stock market. In India, reverse mergers are still very few. One of the famous cases is ICICI merging with ICICI Bank in 2002 in this way, where, despite the seller was more than three times size of the acquirer, it is done for the purpose of creating the universal bank for both industry and retail.