This article is written by Sarabjit Singh, pursuing Certificate Course in Advanced Civil Litigation: Practice, Procedure and Drafting from Lawsikho.com. Here he discusses “What is Vested & Contingent Interest?”.

Transfer of interest flows from the transfer of property, so understanding the latter shall aid us before we proceed further.  Transfer of property takes place by an act of parties or by operation of law such as insolvency, forfeiture or sale in execution of a decree.  The Transfer of Property Act, 1882 (TPA) relates to transfer by way of sale, exchange, gift, lease or mortgage.  The first three convey absolute title, while the last two i.e. lease and mortgage convey limited interest.  This transfer is intervivos i.e. between living persons only.  Transfer of property also takes place under ‘The Indian Succession Act, 1925’(TISA). It regulates intestate and testamentary succession i.e. when testator a person makes a will before his death for the disposition of his property or when he dies without making a will.   A will comes into operation only on the death of the testator.

Transfer of property entails viz. transfer of title, right and interest.  Interests are of different kinds Vested, Contingent, Conditional(Precedent and Subsequent), Conditional limitation and Accelerated interests. However, we are confining ourselves only to vested and contingent interests.  Dictionary meaning; vested confers or bestows power, authority or property on someone while contingent is subject to chance or occurring or existing only if (certain circumstances) are the case; dependent on.

Sections 19 & 20 of (TPA)directly deal with a vested interest.  Under section 19, it is created on registration of transfer deed/instrument of registration.  The same specifies the name(s) of the person/company/association in whose favor it is created, along with terms and conditions, and the next important thing is when does it come into effect.  There are three possibilities, (a) does not specify the time that it is to take effect, (b) states that it is to take effect forthwith (c) or comes into effect on happening of a specific event that must happen.

Similarly, under (TISA) which is applicable to intestate and testamentary succession, vested interest is defined under section 119.  Succinctly, stating that vested interest shall accrue on testator’s death to the named legatee. Possession can be postponed depending upon the instructions contained in the will.  And if the legatee dies before possession the interest shall pass on to his representative.

When on the transfer of property interest is created for a person not then living, it is a vested interest, and it comes into operation on his birth.  Provided there is no prior interest restricting this transfer. Enjoyment of property shall be inferred from the terms of the transfer. And on becoming a major he shall enjoy all rights.

Therefore, when contingency succeeds depending upon the implied conditions, either on it happening or becomes impossible the contingent interest gets converted to a vested interest, and shall accordingly operate for example w.r.t.right to transfer, inherit, succession etc.  However, if the contingency fails then the property reverts to the transferor absolutely, and laws applicable as when it stood in his hands shall come into force. Like vested interest; enjoyment and possession of the property in question shall have no bearing upon the success or failure of contingent interest.

The crux of the contingent interest is ‘specified uncertain event’.  So, on the day of creation of this interest, in favor of the ultimate beneficiary, there are a lot of possibilities which the transferor does not know about such as: –

Therefore, to deal with such instances section 13 and 14 of the TPA comes in to play.   Namely, section 13 allows the transferor to create interest during his lifetime in favor of the ultimate beneficiary by using an intermediary who holds the precedent interest until the specified uncertain event occurs.  Conditions necessary for this to succeed are as follows. For simple understanding let us call the title holder(transferor), intended beneficiary(transferee), and the person holding precedent interest(intermediary).

Let us take the case of, ‘Transfer for benefit of unborn person’ section 13 of (TPA) & section 113 of (TISA), ‘Bequest to a person not in existence at testator’s death subject to prior bequest’.  Since coming into existence of a person is an uncertain event; hence the transfer of property in his favor shall constitute contingent interest.  As the ultimate beneficiary is not in existence on the day of transfer of property, and section 5 of (TPA) mandates transfer of property only between living persons. Therefore, employing provisions of section 13 / 113transferor / testator during his lifetime creates prior interest in a person living then which could be life interest or less depending upon the construction of the conveyance. Now for this interest to pass on to the person not in existence three conditions have to be met viz. he/she has to come into existence during the lifetime of predecessor holding his interest, the interest passed to ultimate beneficiary should be unfettered i.e. whole of the remaining interest of the transferor / testator in the property, and lastly the conveyance should not contain any clause allowing it to be made voidable or revocable. As narrated earlier limitation with respect to enjoyment or possession of the property shall not defeat the contingency.

In order to understand the concept, important relevant excerpts from case titled N. Radhakrishna Naidu And Ors. vs S. Govindaswami Naidu And Anrare reproduced under: –

“17…. that if under a bequest in the circumstances mentioned in Section 113 there is a possibility of the interest given to a beneficiary being defeated either by a contingency or by a clause of defeasance, the beneficiary under the later bequest does not receive the interest bequeathed in the same unfettered form as that in which the testator held it, and that the bequest to him does not, therefore, comprise the whole of the remaining interest of the testator in the thing bequeathed. That is the conclusion at which their Lordships have arrived on the words of the section read in conjunction with the other sections relating to void gifts”

“22 ….(a) where an interest which is to vest on the birth of a devisee, who at the date of the death of the testator is unborn, is granted, subsequent limitations which merely defer enjoyment are not void by reason of the provisions of Section 113; (b) whereby reason of a contingency the estate devised in favour of an unborn person subject to a previous bequest may not take effect the bequest is void, as it does not comprise the whole of the remaining interest of the testator in the thing bequeathed ; and (c) where an estate which is to vest in an unborn person subject to a prior bequest is made subject to a condition of defeasance, the bequest is void for the same reason.” 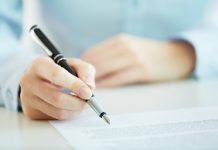 All you need to know about target contracts 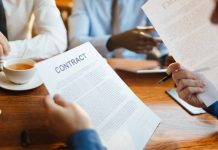 Key factors to be considered while negotiating and drafting government contracts 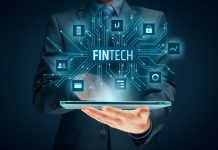 Fintech industry: delving into the interiors