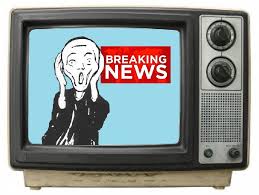 This article is written by Mishika Bajpai. The article answers the question whether rewriting or sharing news articles amounts to violation of Copyright law or not.

Can one have a copyright over a news item? Can one exercise this right which might result in a violation of the fundamental right to know and express?

This short write-up aims to clarify the position of news items in the copyright law and whether any embargo on the right of the citizens to express daily events and discern themselves with common facts in the public domain can be legally exercised. The whole idea is presupposed on a belief that copyright and public interest are not inevitably competing forces and can co-exist in a cultural society.

First, there exists no copyright in news or facts or information, as the same are neither created nor have they originated with the author of any work, which embodies these facts.

Second, facts may be discovered and discovery of facts cannot be given the protection of copyright.

Third, the protection of copyright is afforded only when a fact or event or information or material is applied to create a form of work, literary or otherwise. When there is no copyright in news, there can be no infringement of an original ‘idea’ either, copyright may exist in the manner of expressing it.[1] That being the position, any edited piece of work which had an established amount of skill, labor and capital put as inputs would amount to innovative thoughts and creation of the editor. Copyrighted material is that what is created by the author by his own skill, labor and investment of capital. Therefore, it is necessary to perceive the labor, skill and capital invested in the expression of the work and not the fact itself.[2]

Fourth, law of Copyright in India only protects original and creative expressions of ideas and not ideas themselves. As held by the Supreme Court of India[3], “There can be no copyright in an idea, subject matter, themes, plots or historical or legendary facts and violation of the copyright in such cases is confined to the form, manner, arrangement and expression of the idea by the author of the copyrighted work.” Even Article 2(8) of the Berne Convention for the Protection of Literary and Artistic Works 1886 excludes the protection for “news of the day or to miscellaneous facts having the character of mere items of press information.”

Fifth, the news element in the information reporting current events contained in the literary production is not the creation of the writer, but is a report of matters that ordinarily are publici juris; put in different words, it is the history of the day.[4] The same is true for all facts scientific, historical, biographical, and news of the day. They can never be copyrighted and are part of the public domain available to every person.[5]

Consider another example, where A has received a scoop from B about an event which may not have seen the light of the day yet. A publishes an article on the scoop, setting out the impact this particular scoop may have on public interest. Can B claim monopoly over this news scoop, which may have a direct bearing on public interest?

If it were the law that practice of reporting stories in one’s own words constituted breach of copyright, the consequences, would be that a paper or person that obtained a scoop from a confidential source would obtain a monopoly on that piece of news. That would not be in the public interest as it would prevent the wider dissemination of the news to the public at large.[6] Such an approach would also prove counterproductive to the duty to communicate to the general public for various sociological, economic, and political functions. Whilst the admitted position of law that there cannot be a copyright in news items, any impediment in its numerous and recurring expressions amounts to violation of the fundamental right[7] and human right[8] of freedom of expression.[9] When it comes to dissemination it is not done with a view as to whose news is it.

An instance, when the Indian judiciary delivered on this subject extensively was a case[10] which raised the question of reproduction of the Supreme Court judgments. The court found that the reproduction or publication of anything in the public domain did not amount to infringement of copyright. Therefore, if a person gains knowledge of an event and creates news item or publishes an informative story on the internet or shares a report, perhaps on Whatsapp or Twitter, cannot be said to be violating any copyright. The discoverer of these facts may only find and record the instances, but it is the expression that matters.

The issue gains more importance in the light of the fact that the legislature not once, but on many occasions limited the right of the freedom which has sought justice and been successful before the Courts. The right to know, as laid down by the Courts, flows from the assertion of the Supreme Court which in 1975 declared any impediment against the right of press as a violation of the fundamental right to freedom of speech and expression.[11] The Apex Court has also on numerous occasions stated the right to know derives its powers from the quintessential part of Article 19(1)(a) of the Constitution of India. There is no gainsaying in stating the obvious that without adequate information, a person cannot form an informed opinion.[12] It is the press responsible for the reporting of timely news and information for public consumption, journalistically; And an underinformed or uninformed press would hardly be in a position to disseminate any news to the public.

Where there was the dissenting opinion of Mathew, J. in Bennett Coleman & Co. v. Union of India[13] that “the freedom of speech does not mean a right to obtain or use an unlimited quantity of newsprint. Article 19(1)(a) is not a “guardian of unlimited talkativeness”. The majority ruling in the case supported the faith of the citizens in political wisdom and virtue which would sustain themselves in the free market of ideas so long as the channels of communication are left open. The confidence in the popular Government also rests on the old dictum, “let the people have the truth and the freedom to discuss it and all will go well.”[14]

It is worth recollecting the words of Justice Patanjali Sastri, J.,[15] speaking for the Supreme Court in the landmark case of Romesh Thappar[16]–

“Thus, every narrow and stringent limits have been set to permissible legislative abridgement of the right of free speech and expression, and this was doubtless due to the realisation that freedom of speech and of the press lay at the foundation of all democratic organisations, for without free political discussion no public education, so essential for the proper functioning of the processes of popular Government, is possible”.

Celebrated scholar, William Blackstone, is also revered for his commentaries on freedom of the press to express:

“Every free man has an undoubted right to lay what sentiments he pleases before the public; to forbid this is to destroy the freedom of the press; but if he publishes what is improper, mischievous or illegal, he must take the consequence of his own temerity.”

Reasons rather than rhetoric

Every man has a right to publish and circulate, for the purpose of giving the public information that which it is proper for the public to know.[17] And as long as the expression of that particular fact or news or information or event does not fall within the exceptions under Article 19(2) i.e. the interests of the sovereignty and integrity of India, the security of the State, friendly relations with foreign States, public order, decency or morality or in relation to contempt of court, defamation or incitement to an offence, there ought to be no restriction on the exercise of the right. On another instance, our Apex Court had, while dealing with the censorship of a film, stated the following.

“Our commitment of freedom of expression demands that it cannot be suppressed unless the situations created by allowing the freedom are pressing and the community interest is endangered. The anticipated danger should not be remote, conjectural or far-fetched. It should have proximate and direct nexus with the expression. The expression of thought should be intrinsically dangerous to the public interest. In other words, the expression should be inseparably locked up with the action contemplated like the equivalent of a ‘spark in a power keg’.”[18]

For making the news reach its deserving audience, it cannot be gainsaid that the journalists experience copyright issues and have to take crucial decisions while portraying a true picture. While dissemination of news and views for popular consumption has always been permissible under our constitutional scheme, it is sometimes a ‘forced’ cultural responsibility backed by the dogmatic and conventional morality which might be enough ground to penalise an author.

It is not just the citizens who face limited content, but also the journalist who are hit by the worry whether they can publish in the new world or do they need to first comfort themselves with the copyright laws on fair use reporting which gives them the liberty to override the limited monopoly rights of copyright holders in the course of their work.

At this stage, the Courts have to consider all the circumstances before approaching the moot question, and the same shall include whether the information is at all sufficient value to the public. The rationale behind keeping the veil of public interest as low as possible is to reduce obstacles to the facilitation and reporting of news.

Truth can only prevail in the absence of any obstruction or monopolisation of that market whether it be by the Government itself or by a private licensee. It shall then enable the members of the society to preserve their political expression of comment not only upon public affairs but also upon the vast range of views and matters needed for free society.[19]

Since no copyright protection can be advanced against the fundamental right to expression, the court may at the highest, in principle indemnify the author for any loss caused to him or account to him for any profit made as a result of copying his work.[20]

It is not necessary that an exclusionary right such as copyright may never be in tandem with the protection of human rights and fundamental rights of the general public. Hence, the very motive of an effective copyright regime is to encourage production and investment. Though copyright protection is a tool for economic emancipation, sheer conventionalism may hamper the effective willingness to share. A society will fail if it does not reward such creators who would eventually cease to exist.

[19] Red Lion Broadcasting Co. v. Federal Communications Com. [(1969) 395 US 367 : 23 L.Ed.2d 371] – Neither regulation nor direction with regard to medium of expression encroaches on the First Amendment right of the American Constitution. [“Regulatory statutes which do not control the content of speech but incidentally limit the unfettered exercise are not regarded as a type of law which the First Amendment to the American Constitution forbade the Congress of the United States to pass.”]