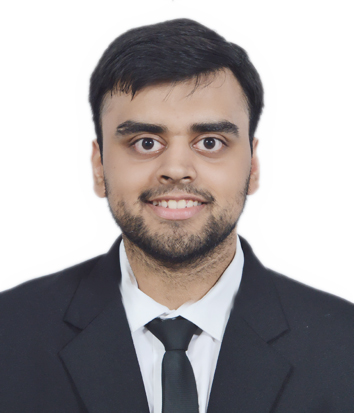 This article is written by Nishit Chopra, Student, pursuing Diploma in M&A, Institutional Finance and Investment Laws(PE and VC transactions) offered by LawSikho.

It is common for investors to set out the terms that administer their relationship versus each other in the form of a shareholder agreement. One thing that bothers investors while working out a shareholder’s agreement is controlling the exchange of shares to obscure or bother some people, while as yet keeping up liquidity in their shares. A typical instrument used to address this worry is a right of first refusal (ROFR) or right of first offer (ROFO). There is vital distinction that could eventually impact the value, timing and exchange costs related to the deal[1].

What is the investment strategy? Is there an investment timeline? Are you a strategic investor or purely a financial investor? Do you have a leave/exit strategy? Every one of these variables, and others should impact your choice in choosing a ROFR or ROFO. [2]

Things to consider while choosing ROFR/ROFO:

A right of the first offer is firmly identified with a right of first refusal, yet the former is considered to support the seller while the latter is considered to support the forthcoming purchaser. The appropriate response frequently comes down to the level of knowledge investors have in regard to the estimation/value of their investment. In case of ROFR, in light of the fact that the sales procedure happens preceding any offer being made to non-disposing investors, an offering investor can have more conviction that it is accepting the best value that is available in the market for its shares. Along these lines, where a selling investor lacks knowledge into the corporation’s esteem (conceivably on the grounds that it is a minority investor /or lacks information), it might be invaluable to negotiate a ROFR to ensure it gets the best value for its investment upon exit.

ROFO involves less transaction cost compared to ROFR.  where a selling investor has an understanding of the corporation’s esteem, it ought to be better situated to value its investment. Accordingly, the solicitation procedure would not be helpful to say selling investor in deciding the corporation’s value. Rather, a selling investor may wish to impact a deal as fast and with as meagre transaction costs as could be expected under the circumstances. A ROFO offers this probability. A ROFO licenses a selling investor to promptly make an offer to the non-disposing investors as opposed to investing the energy in requesting an outsider offer first. In addition, where an outsider purchaser knows that the offers are liable to a ROFR, the outsider purchaser may approach to be repaid for the due diligence and related costs if the transaction fails to close. Closing uncertainty on account of a ROFR may likewise make the outsider offer a lower cost in the first instance[3]

Two parties proposed to begin a restaurant business together. We’ll call them Ram and Shyam. Each claimed 50% of the shares of the organization. They consented to a consistent Shareholder’s Agreement with respect to the working organization. In arranging this understanding, they turned their minds to whether a ROFR would be a decent choice for the disposal of shares.

At first, their attorney drafted a ROFR that made no arrangement for a fractional take-up of shares by the non-selling investor. In other words, under that proposed clause, when and if either of Ram or Shyam chose to sell his shares and leave the business, the other one would have the option of purchasing all or none of the offered shares.

Not long after initiation of business activities, strains emerged and Ram chose to sell his shares and leave the business. He found an outsider buyer to purchase his whole interest in the business. Ram informed Shyam of his intention to sell. Under the ROFO in their understanding, Shyam had the choice of getting a few or the majority of Ram’s shares before Ram could pitch to an outsider. Shyam chose to buy just 10% of the offered shares. This circumstance set Ram at a distraught position. In the first place, he would lose the outsider offer, which would have offered him a perfect reprieve. Second, it changed over Ram’s remaining share of the business into a less engaging minority position. Concerning Shyam, the partial pick-up eliminated the prospect of deadlocking in the future with a business partner that he did not know.

Under the Shareholder Agreement for the situation under thought, the parties had consented to arbitrate any disputes. The party that we called Ram initiated the arbitration procedure contending that the ROFO prompted a commercially absurd or unreasonable result about accommodating a right of partial pick -up of shares. The arbitrator differed and rejected the case.

Ram then appealed to the court, which likewise dismissed the appeal. The right of the partial pick-up was not a commercially unreasonable term. One of the greatest disincentives of a ROFO for a non-selling investor is the loss of control over the identity of the purchaser.

How Ram Lost the Case: ROFO vs. ROFR

Both the ROFO and the ROFR relate to exit plans in different business settings, for example, Shareholder’s Agreement. The objective in drafting such exit plans is frequently not so much to secure the selling party, for example, Ram, but to give the rest of the parties some assurance that the sale of party’s interest won’t force on them wrong colleagues/partners later on. However, as was found in this situation, the privileges of the leaving party can likewise be affected in surprising ways by the decision of clause.

In shareholder’s agreement, a ROFR requires an investor who has officially received an adequate buy offer from an outsider to allow other signatories the chance to match that offer before finishing up any deal with the outsider. The outsider offer must be in compliance with common decency and non-deceitful. Then again, a ROFO ordinarily requires a party who wishes to pitch his or her shares to offer to sell the shares to the other party or parties to the agreement before looking for potential buyers beyond the existing parties. In this way, a ROFO enables the exit provision to be triggered without the offering party first having to secure a third party buyer.

All said and done, whether a ROFR or ROFO is preferred will depend on the circumstances at hand and shareholders would be wise to carefully consider the pros and cons of each option before deciding.

A careful analysis of the advantages and disadvantages of a ROFR and a ROFO can go a long way in getting you a better deal, whether you are the buyer or the seller.

The selection of a ROFR or ROFO provision in an agreement should be driven by the business objectives of the parties. The parties need to understand the implications of their choice because when applied to future events and considerations the outcomes can be quite different from those expected. Counsel can play a critical role in assisting a party to an agreement in understanding these choices and in ensuring that relevant clauses are drafted properly to protect the party’s interests.[4] 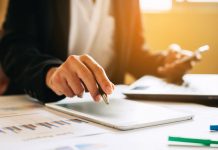 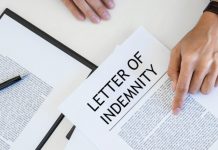