In this blog post, Abhiraj Thakur, a student of NALSAR University of Law, Hyderabad writes about how the right of maintenance of Muslim women  has evolved over the course of time and what are the recent developments in it. He also writes about the harmonious interpretation of secular laws like section 125 CrPC along with gender discriminatory personal laws by courts for the protection of women from oppression.

Indian society has perpetually been the site of a deadlock between gender equality and religious traditions. Religious traditions gain dominance over gender equality and consequently, the mitigation of injustice faced by a particular gender, usually women, gets marginalized for upholding majoritarian religious views.[1] An effective way to resist such marginalization is implementing progressive universal norms that supersede class, religion, and gender differences and uniformly apply to all. Only with such application can laws have positive outcomes regarding gender equality. 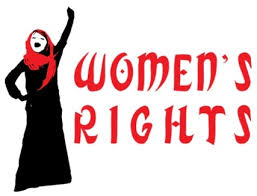 One such progressive law is Section 125 of the Code of Criminal Procedure that is a uniformly applicable provision which provides civil remedies to enforce the fundamental obligation of a person to maintain his wife, children or parents so long as they are unable to do so. Ordinarily, the rights and duties under this section have an overriding effect over personal laws.[2] However, earlier this was subject to the exception of the Muslim Women (Protection of Rights on Divorce) Act, 1986 which is a self- contained statute that codifies the obligations of a Muslim husband and other relatives towards a Muslim woman and provides remedies for enforcing the rights of the woman.[3] This Act enshrines the Muslim law principle that a husband’s liability to pay maintenance to his divorced wife extends only till the Iddat period. Further, Section 125 can have no application to a Muslim woman unless both the husband and wife consent to be subject to it under Section 5 of the Act. The law has developed through judicial opinion, and it is now believed that there is no inconsistency between the Act and the Code.[4]

But now the judicial position has been cleared by the case of Shamim Bano v Ashraf Khan. The case is one such milestone as it interprets Section 125 of the Code of Criminal Procedure to be universally applicable to women regardless of personal laws’ dicta on the matter. Taking the lead from the popular Shah Bano case, the Supreme Court of India held that Section 125 would apply to Muslim women, and they would be entitled to maintenance irrespective of Mahomedan law’s views on the matter.

The Shah Bano judgment and aftermath 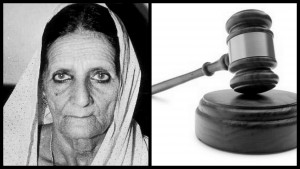 The first case where this conflict of opinion first came to light was the historic judgment of Mohd. Ahmed Khan v. Shah Bano Begum and Ors.[6] In this judgment, a sixty-two-year-old Muslim woman was divorced by her husband by exercising his right to incontestable ‘talaq’. A constitutional bench of the Supreme Court held that a divorced Muslim woman is entitled to maintenance under Section 125 of the Code. The court relied on religious texts of Mahomedan law and Quranic interpretations to reach this conclusion and also stated that the husband cannot escape his liability to pay maintenance by payment of mahr or maintenance during Iddat period.

The orthodox Muslim community launched protests and agitations against this judgment as they saw it as interference in their personal law.[7] The Government, thus, caved in under pressure and unanimously passed the Muslim Women (Protection of Rights on Divorce) Act, 1986 which took precedence over the uniformly applicable Criminal Procedure. According to this Act, Muslim women had the right to maintenance from their husbands only for the Iddat period after which the burden of maintenance was transferred to her relatives or the District Waqf Board. Thus, the right to appeal under Section 125 was largely restricted to Muslim women and the law, which should have championed for women’s rights, became anti- secular[8] and anti- feminist due to the influence of politics and orthodoxy.[9]

This is the law on maintenance for divorced Muslim women at present. However, courts have tried to interpret widely the provisions of the Code and the Act to provide relief to Muslim women. Previously, the Supreme Court has relied on such harmonious construction, and it is pertinent to analyze these judgments to get a holistic understanding of the status quo on maintenance.

Need for harmonious interpretation of statutes

One of the most notable cases after the Shah Bano judgment is Danial Latifi and Anr. v. Union of India[10] where Shah Bano’s lawyer herself challenged the constitutional validity of the Act. In this judgment, the Supreme Court attempted to dispel the confusion of conflicting judgments that had arisen in the aftermath of Shah Bano. The Constitution Bench came to a compromise where it upheld the validity of the Act but decided that the provision for maintenance would be applicable equally to the Muslim community.[11] The Bench liberally interpreted Sections 3 and 4 of the Act and stated that a divorced Muslim woman is entitled to reasonable and sufficient provision for livelihood along with maintenance, and thus, the husband is duty bound to provide this within the Iddat period (as stated by the Act). However, it held that this maintenance is not limited to the Iddat period, and a Muslim woman is also entitled to maintenance for her entire life or until she remarries.[12] The court interpreted the Act to mean that the limitation in the Act was not on the nature or duration of maintenance but rather on the period within which such maintenance or provision had to be made. Thus, the Supreme Court tried to capture the spirit of Section 125 of the Code and secularly apply it to Muslim women. It iterated the need for uniformly applicable laws to prevent such instances of discrimination and unjust deprivation in the future.

However, one shortcoming in Daniel Latifi was that the court failed to realize the inaccessibility of Section 125 for Muslim women. While Section 125 proclaims to be uniformly applicable, the consent of both the wife as well as the husband is required to invoke it. Pragmatically speaking, the husband would not consent to be subjected to Section 125 of the Code when he can enjoy lesser liability under the Act. If a divorced Muslim woman is unable to maintain herself once the Iddat period is over, she cannot claim maintenance from her former husband and has to depend on her relatives or the State Waqf Board. Thus, in most cases, women are unable to invoke Section 125 of the Code, and this provision remains secular only in name.

In the Shamim Bano case, the Supreme Court has combined the interpretations espoused in Shah Bano and Danial Latifi and correctly held that Shamim Bano is entitled not only to Mahr, ornaments, and maintenance under Section 3 of the Act but also to maintenance for the post- Iddat period as the same has not been provided in the order granting mahr. Thus, the Supreme Court made a commendable effort to bring Muslim women on par with other communities. Additionally, the Bench sustained her application under Section 125 of the Code despite the fact that her husband, Ashraf Khan had not consented to the same. The court realized that if the application under Section 125 were dismissed, Shamim Bano would be remediless as the Magistrate’s order only ensured Mahr and did not give her any maintenance. Thus, foreseeing this situation as a travesty of justice, the court reasoned that Section 125’s parameters should be applied. 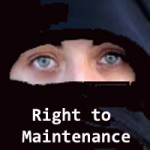 Thus the verdicts like Shamim Ara has improvised on Shah Bano and given legitimacy to the secular character of Section 125; this secular character has been helpful in protecting Muslim women from oppression at the hands of Male orthodoxy. However, the Muslim Women (Protection of Rights on Divorce) Act continues to be an obstruction to these efforts. Thus, it is necessary to clearly demarcate the extent of this Act by reserving it only for providing fair and reasonable Mahr and maintenance during the Iddat period. The cases like these have helped in reducing the monopoly of female discriminatory laws in matters of Marriage and much more.

For maintenance during the post-Iddat period, the legislature shall assume this duty to give Muslim women the uncompromising, secular right to file an application under Section 125 of the Code. Therefore, the legislature must amend the Act to restrict its application only for obtaining Mahr and to delete Section 5 which makes it mandatory to obtain the husband’s consent for obtaining maintenance under Section 125 of the Code. Such a result would work harmoniously as it takes into account religious differences but also gives primary importance to the welfare of divorced women. 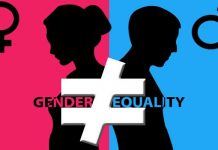