The debate and the discourse has always been endless when it comes to the question of whether the law should let a mother choose what happens to her baby growing inside her or whether the law should provide protection to the baby recognizing him/her as a person (human being) to begin with. Where Radical Feminists and pro-choice activists argue for the concept that the ability and final decision on the matter of having a baby or not should rely on the mother and whoever she would want to include in the decision; conservatism, pro-life activists, etc. condemn the entire practice of abortion largely following the argument that such power cannot be given into the hands of anybody to decide who gets to live and who doesn’t, especially in the case of unborn children who for obvious reasons cannot advocate for themselves.

Rights of unborn child in the USA

The United States of America has paved quite the path for other countries to follow suit when it comes to ensuring that children, even the unborn ones are protected from harm and injury by law and have a legal recourse to any harm caused. They have made sure that where the fundamental rights given to citizens solely for the matter of their existence and being a citizen of the country protect them and let them live with dignity there are also laws that make sure that a person can be held liable for causing harm to a person who at the time of the injury isn’t born. The Unborn Victims of Violence Act, 2004 seeks to do just that.

The Act defines the term ‘unborn child’, which means a child in utero and the term ‘child in utero’ or ‘child, who is in utero’ means a member of the species homo sapiens at any state of development who is carried in the womb.[1] It defines that whoever engages in conduct that violates any of the provisions of law as listed in subsection (b) and hence causes death or bodily injury to a child who is unborn at the time, i.e. is in utero at the time the conduct takes place, is guilty of a separate offense under this section. [2] It also mentions that apart from as provided in the paragraph, punishment for those separate offenses is the same as the punishment provided under Federal Law for that conduct which results in injury or death to the unborn child’s mother. The act specifies that an offense under these sections does not require that the person causing the harm must be aware or have knowledge that the victim of the offense is pregnant or have intentions to cause death or injury to the unborn child.[3]

Rights of an Unborn Child in India

In India, despite there not being any legislation or statute that specifically defines the rights and the position of an unborn child under the law, several statutes[4]  Recognize and mention the unborn and defined it to be a legal person by fiction, but they too mention that an unborn acquires rights only after being born. Thus, the state can and is required to interfere in abortion matters only after the unborn child has attained the stage of viability. To protect the right of a human being falls under the right to life and hence has to be protected. 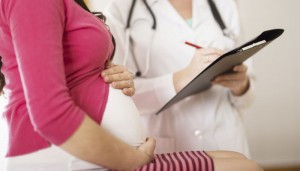 When it comes to the topic of abortion laws in India, they fall under Section 312 to 316 of the Indian Penal Code, 1860[5] And the Medical Termination of Pregnancy Act, 2002. The Medical Termination of Pregnancy Act lists out the number of provisions guiding the process and the ability of how and when women can get their unborn aborted if need be. The law laid down makes it very clear that despite the woman’s choice, the abortion had to be signed on and agreed to by a Registered Medical Practitioner up till 12 weeks of pregnancy and between 12-20 weeks of pregnancy to Registered Medical Practitioners have to agree to do an abortion. Also, the act specifies the reasons upon which abortions can be carried out and on whom. The inherent flaw in this act is that it refuses to acknowledge the existence of a large section of population who don’t fall under the purview of the provisions mentioned yet might be in need of abortions, also it takes away the right of choice and privacy that should be given to every to be mother as the act says that terminations of pregnancies should be carried solely on medical reasons and nothing else.

Thus, it becomes evident that the tort law in the USA is quite evolved and citizen-friendly than the tort laws under Common law countries such as India. Though still not perfect, the laws regarding the rights and the protection of unborn children in the USA strive to strike a balance between protecting the unborn and his rights as a human being and upholding the rights and choices of the mother, they recognize the fact that there can be numerous reasons why someone would want an abortion apart from medical reasons and they assent to it, which is not the case in India.

In India, though the laws recognize the existence of an unborn as a legal person, they don’t grant rights until the birth of the child and the state can interfere only after the unborn attains viability but the problem that remains is that the law refrains from being clear on the idea of how the law will protect the unborn and what is the duty owed to him/her.  The UK too follows a suit similar to India where even though they recognize that the state owes a duty to the unborn, what duties are owed and how will they be carried out is far too ambiguous, which is inherently problematic.

The laws under Common law need to be reviewed to recognize the existence of other scenarios where fundamental rights such as Right to Life are not being protected by law per se and other interpretations of it. It cannot be said that the laws in the USA are perfect by far, but it also cannot be denied that they don’t provide better protection by law for the mother as well as the unborn.