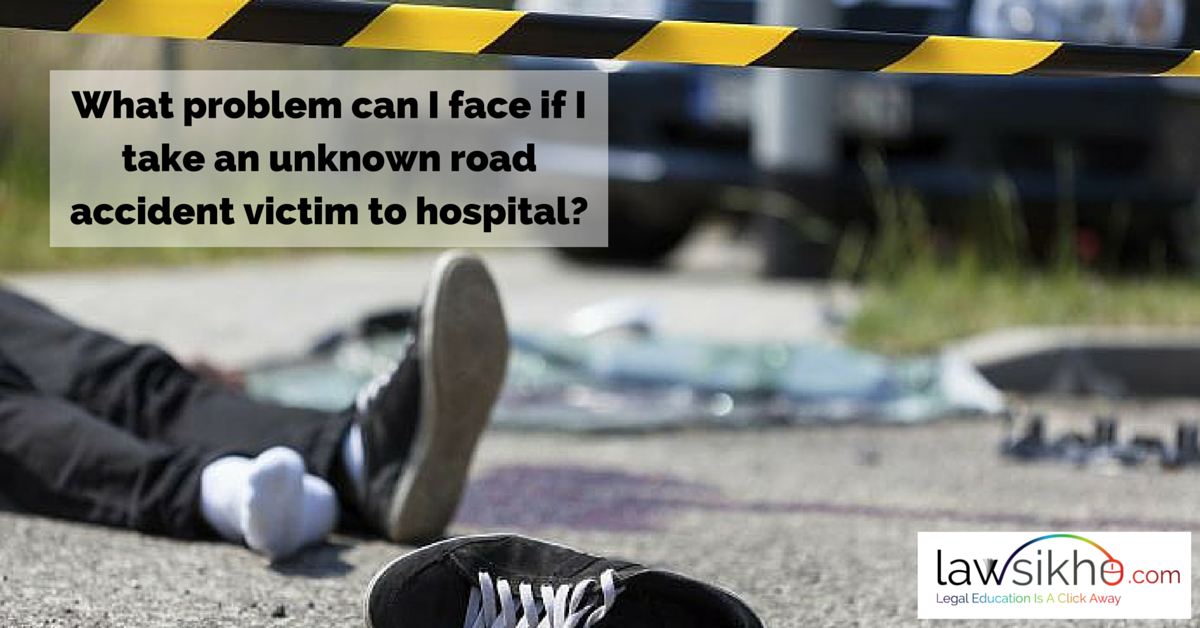 ‘What problem can I face if I take an unknown road accident victim to hospital?’ I guess this question prevents many bystanders with helping heart to help a road accident victim. Surbhi Agarwal from UPES Dehradun writes on what you need to do in any road accident situation as far as legal risks about rescuing victims is concerned.

An economics professor at Carleton University in Ottawa, Canada has perfectly said that

“We are selfish and busy, but more importantly, we are afraid of a potential liability or harassment by the police. Human Beings are driven by both egoistic and altruistic motives. When you are in a situation where you can help, you might consciously believe that you are saving someone’s life, but on the other side, there is the danger that you might be harassed or even accused in the case”.

India is a country which has the largest number of road-related deaths. As per the government statistics reference:

According to the latest data released by the National Crime Records Bureau (NCRB), biggest reasons for road fatalities were:

The 201st report of the Law Commission corroborates by stating that, according to doctors:

Let’s explore why that is not happening.

Why road accident victims are not getting immediate help?

Most of the people in India are afraid to touch a victim because of a fear of getting involved in a legal hassle and this leads to thousands of deaths every year. In India, every aam aadmi faces a dilemma while helping an accident victim that whether to dodge police harassment or save a life.

Because of all these they hesitate to involve themselves in such road accident matters. And what they prefer is to stand around the victim or make a circle around the victim and see all the tamasha, but did not dare to take the victims who have succumbed from the injuries.

They also like to make videos of such accident and prefer to post it on Facebook or on other networking sites, instead of using that time to help the victims.

Due to the apathy of society, many people just pass by; by leaving the person in the critical conditions and this apathy is mostly due to people being scared of police and legal proceedings.

Root Cause for hesitation:

The root cause because of which bystanders hesitate to help such victims is because they are subjected to civil and criminal liabilities and are forced to disclose their identities. They also think by helping such victims, they will waste their own precious time and therefore, they don’t want to indulge into such troubles and also because the police and hospital authorities take a lot of time to interrogate and also harass them.

In a National survey done by the Save LIFE Foundation, the reason came out why people don’t want to come forward to help is because of the following:

Therefore, there is a great need for our State and the Central Governments to bring the necessary legislation that will not only protect citizens who help road victims but also recognize and reward them for their acts. The lives of many people, who have lost their lives in this accident, could have been saved, if they have received timely help.

Several countries like Europe, America, Australia already have the legislation in the form of Good Samaritan laws, while indemnifying those who choose to voluntarily help a person in imminent danger. They have legal standers that encourage common people to help those in need of urgent medical care. In our country, helping an accident victim is asking for trouble.

It has been rightly said that: no law is necessary to motivate the bystanders to attend to an accident victim. It is the moral duty of a person to take the immediate action and inform the victim’s relatives. But most people avoid this because of fear of police harassment and legal procedures.

Guidelines for Bystanders or Good Samaritans:

A non-profit and non- governmental organization Known as the Save LIFE Foundation is working on enabling bystander care.

Bystander care is the immediate care that police and community volunteers can provide a critically injured person in order to improve his or her chances of survival.

Petition filed by Save Life Foundation to Protect Bystanders from Harassment

A petition was filed by the Save Life Foundation in the Supreme Court. After considering the petition, the court ordered the government to frame guidelines to shield Good Samaritans from harassment and thus enabled them to help accident victims. Most of these deaths have been prevented because bystanders had taken the necessary measures. Therefore, the new guidelines will have a legislative backing so that loss of precious lives can be saved.

The guidelines were officially notified on 13th May, 2015. Guidelines will be followed by hospitals, police and all other authorities for the protection of Good Samaritans. 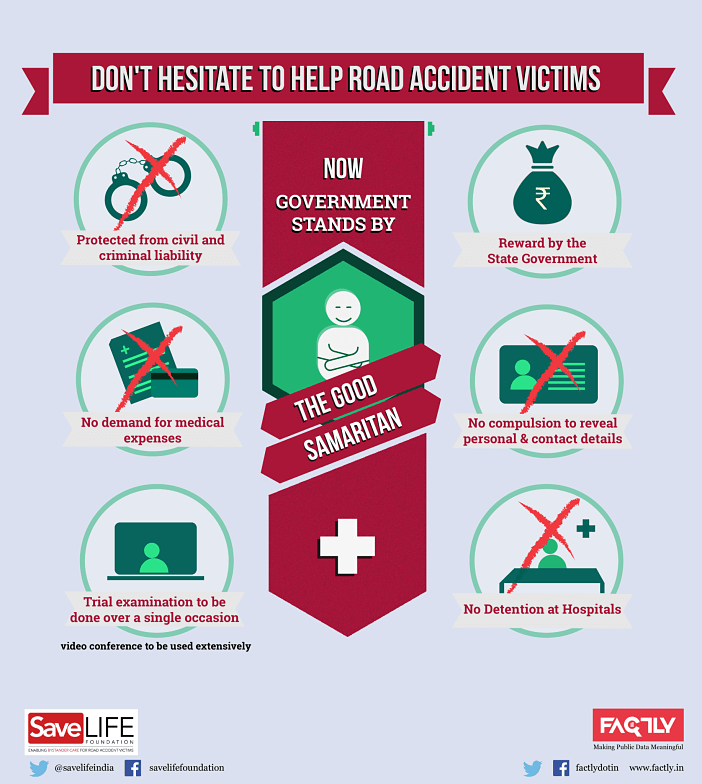 The guidelines says the followings:

Let me know in the comment section if you had any experiences of road accident. Maybe you witnessed an accident where you wanted to help someone but hesitated. Or God forbid, you or someone you know needed help after a road accident, but bystanders hesitated to help. I know these experiences are not easy to talk to, but you’ll feel better by talking about it with others. Let me know if you think these guidelines would make a difference.