In this blog post, Saanvi Singla, a student of University Institute of Legal Studies, Panjab University discusses the role and importance of a mediator in the process of mediation. 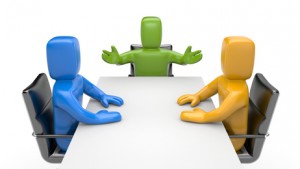 Abraham Lincoln once said, “Discourage litigation. Persuade your clients to compromise, whenever you can. Point out to them the nominal winner is often a real loser- in fees, expenses and waste of time. As a peacemaker, the lawyer has a superior opportunity of being a good person”.
The justice delivery system prevailing in India is of an adversary nature. It puts the conflicting parties against each other, which ultimately causes a lot of animosity amongst them. One of them has to win, and the other is bound to lose. This tedious process not only harms the social standing of a person but also puts him/her through an economic setback as the process of litigation is usually a very expensive and cumbersome affair. It is a well-known fact that litigation involves a large number of technicalities, which leads to a lot of delay and unnecessary expenditure which leaves a stain and stigma of enmity between both the parties. Moreover, in the wake of globalization and liberalization, we need to develop a friendly, speedy and less costly justice delivery system.

This is where an alternative to the usual judicial system becomes into play. Hence, we have alternative dispute resolutions.

What is an alternative dispute resolution? As the term clearly suggests, alternative dispute resolutions are dispute resolution techniques other than the process of litigation. In India, Arbitration and Conciliation Act, 1996 provides the guidelines for the Alternative Dispute Resolution in India. The model laws set by the United Nations Commission on International Trade Law is the main guiding force behind it. Section 89(1) of the Code of Civil Procedure, 1908 also provides for settlement of disputes outside the courts.This type of dispute resolution can be broadly classified into four separate categories: 1) Arbitration 2) Mediation 3) Conciliation 4) Negotiation. But in this article, we will be talking about the process of mediation only.

Mediation is a process of negotiation where a neutral and unbiased third party assists the disputing parties in peacefully resolving their disputes. Mediation is known to be a party-centered process. It means that the whole process revolves around the concerned parties. They get the right to decide the outcome of the whole process. 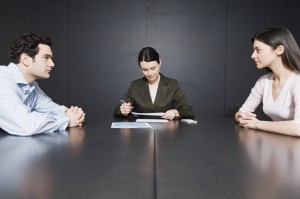 Mediation has found quite a bit of popularity in India, especially in the cases of marital disputes.  Nowadays the courts themselves ask the disputing parties to try resolving the concerned matter through mediation so that they can reach a more amicable solution. It has been found many times that couples go to court to file for a divorce on grounds which are not maintainable under law. The court has only to consider the facts that have been given to them, and if the law supports the facts at that time, then the divorce can be granted. More often than not, these type of situations can be easily resolved without necessarily breaking off the sacred bonds of marriage. Sometimes the parties only need an experienced person who can hear their problems out. This is why Courts suggest these troubled married couples to go into mediation and try to resolve the matter before getting a divorce.

Mediation is not only limited to matrimonial disputes. Even in the case of a property dispute, mediation tries to resolve the matter in a manner, which appeases to both the parties. Clearly, there are many advantages of pursuing mediation rather than litigation.Regarding cost effectiveness, time consumption and flexibility, mediation has the upper hand. In mediation, the parties can even waive off their legal entitlements if it ultimately leads to an amicable settlement.

It must be kept in mind that mediation does not and is not meant to solve problems or disputes which on the face of it are illegal in nature. In such a case mediation will be more beneficial to the law breakers, who intentionally break laws for their benefit and seek mediation as an alternative to solve their problems, which do not enjoy any form of solemnity in law or on facts. Mediation thus attempts to resolve legitimate matters in a very peaceful manner. In the whole process of mediation, a mediator has a very important role to play as well.

Who is a mediator? What are his/her functions?

The mediator is a neutral and unbiased third party who assists the feuding parties in their quest for a settlement. Even though the last decision has to be taken by the disputing parties, it is the mediator who first initiates a meeting, discusses the problem and then assists the conflicting parties in finding possible solutions.

The main points that are kept in mind by a mediator are impartiality and neutrality. He has to be completely unbiased all the time while he is resolving a case. He doesn’t have to take any party’s side. His most important task is to act as a catalyst between the conflicting parties. He must take necessary steps to organize the talks between the disputing parties and act as a guiding force while assisting them to reach a solution. He is not allowed to give his personal opinions on the case. But he can assess the case; give the disputing parties a fair idea of what the consequences might be if the said case is taken to court. He can give the parties a few ideas or possible solutions that could help in resolving the dispute. 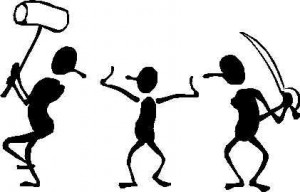 In the case of litigation, there are a large number of scenarios where the disputing parties choose to withhold some information, which if revealed, can change the judgment in a very drastic manner. But in the case of mediation, this can be avoided as the parties get a chance to sit in isolation with the mediator and discuss their end of the concerned problem. Here, it is the mediator’s job is to draw out the disputing parties from their defensive shell and make them reveal the truth. While doing so, it is the mediator’s job to keep the party reassured that the secrets revealed in his presence shall be kept completely off the records.

A mediator hence facilitates communication between the disputing parties and encourages interaction between them so as to arrive at an amicable settlement. He also assists the concerned parties in evaluating the situation and finding out the possible outcomes. Thus, we can see that the process of mediation is a party-centered process; the mediator is a very important block in the structure that is mediation.

So we can see that mediation is a very efficient and reliable system through which disputes can be resolved. Through this process, the disputing parties can reach an amicable end. The most important element is the mediator in this process. He makes sure that no party suffers any undue loss. It is his responsibility to ensure that the case reaches its end and does not have to be transferred back to the traditional form of litigation. So we can see that there is a huge responsibility on the shoulders of a mediator.