This article is written by Darshit Vora of Narsee Institute of management Studies this article analyses various schemes providing benefits for migrant workers. Further, the article mentions the present condition of the migrant workers during the time of pandemic and various problems faced by them in this period.

After globalization, there was a sudden shift of population from rural areas to the urban areas. The people moved to urban areas with a thought of living a luxurious life but in the end got engaged in the informal sector where there are no social security measures provided to the workers, non-establishment of trade unions, less wage rate, etc. Even after various disadvantages, in 2016-17 it employed 81% of people in India. The informal sector has a significant contribution to the Indian GDP.

The International organization of migration has defined migrants as a person who moves away from his or her place of residence, whether within a country or across an international border, temporarily or permanently, and for a variety of reasons. International labour organization grants various rights to the migrant workers like freedom of speech, safety against any sexual abuse, equal treatment of workers, etc.

People migrate from their domestic household due to safety reasons. Some of the reasons are persecution, discrimination based on race, religion, political belief, etc.

People migrate from their residential areas to improve their economic condition. Higher wages, better job prospects, etc. these are some reasons for the economic shift.

People migrate from their place of accommodation to escape from various environmental hazards. Pollution, tsunamis, hurricanes are some reasons why people migrate.

People migrate to improve their standard of living which is not available to them, where they previously resided in. Better school facilities, proper food availability, a better environment, etc are some examples which lead to the migration of people.

According to Article 38 of the Indian Constitution, the state must promote the welfare of the people and provide opportunities and reduce economic inequalities. Complying with this directive principle, states have passed various schemes to improve the status of livelihood of migrant workers and improve their standard of living.

Various schemes are as follows:

The people between the ages of 60 to 79 living below poverty will get 200 rupees per month. People above the age of 80 living below the poverty line will get 500 rupees every month.

This pension scheme benefits those migrant workers who are living below the poverty line to satisfy their basic needs after reaching a particular age.

It is a scheme in which cash assistance is provided to poor pregnant women at the time of delivery or post-delivery to reduce the mortality rate. This Janani Suraksha Yojana was in the year 2005.

BPL cards, if a BPL card is not issued, the certificate of poor or needy status should be shown. Application form of this scheme.

This scheme helps the poor female migrant workers when they are pregnant who are living under a below poverty line.

This scheme was launched to provide life insurance cover to people living below the poverty line in rural as well as urban areas.  Janashree Bima Yojana was launched in the year 2000.

This scheme of the government is beneficial for those migrant workers who can’t afford life insurance cover because they are living in a BPL state.

This scheme is beneficial for those migrant workers which are just above the BPL but can’t afford treatment from their income.

This is a scheme launched in the benefit of people living in a BPL state government to provide them with health insurance cover. The Rashtriya Swasthya Bima Yojana scheme was implemented from the year 2015.

Each family member would receive an insurance cover of up to 30,000 rupees. Transportation costs 100 rupees’ visit and a maximum of 1,000 rupees.

To claim benefit under this scheme one must possess a smart card issued at the time of enrollment.

This scheme targets migrant workers living in a BPL state who can’t afford to pay for health insurance cover.

National Scheme for Welfare of Fishermen and Training and Extension

Requirements of the scheme:

Features under this scheme:

The amount that would be received from the marine fisherman would be 600 rupees in a year. This scheme helps those who have migrated from their usual residence and are involved in the occupation of fishing and not able to provide their family necessities of life.

This is a scheme launched by the government for the interest of the migrant worker involved in the handloom industry. It provides insurance cover against any accident which leads to death, total or partial disability. The Mahatma Gandhi Bunkar Bima Yojana was launched in the year 2005.

Features of these schemes:

It is another scheme passed in the interest of the handloom worker which provides various health insurance cover on various grounds. The Health Insurance Scheme was also launched by the government in the year 2005.

This is the latest of all the schemes, Garib Kalyan Rozgar Yojana was launched to employ those workers who have returned from cities. The amount set up for this scheme is 50,000 crores.

The process of application is simple one must click on the website of the scheme and the registration form needs to be filled to be eligible for this scheme.

This scheme comes as a relief booster for those migrant workers who had to lose their job during the time of the COVID-19 pandemic. It would play a crucial role in eliminating their financial crisis.

During the spread of Covid-19, the class that was most affected was the labour class. Many workers shift from the Urban areas to rural areas due to the lack of jobs. According to the report, the International Labor Organization has predicted that 400 Million migrant workers would be hit by poverty. Steps have been taken by the various Individual States to provide relief to the Migrants workers by passing an ordinance in the State Legislature which involves increasing the working hours of the workers which are introduced to generate foreign investment. The various States across the State have provided the workers with food and shelter through relief camps. The Central Government had started a training facility known as Shramik Special to transport migrants workers, though this was a good initiative it wasn’t implemented properly there was no sanitization, no proper water facility, below average food, etc. There were instances that many workers died during the journey they had Covid-19 but weren’t detected in the screening. A petition was filed in the Supreme Court on the situation of migrant workers the Court issued directives to railways and on job opportunities Court has put the responsibility on the States, Centre and Union territories to provide returned workers with job opportunities.

Migrant workers are one of the most exploited classes of society; it is necessary to protect them. Various acts and schemes need to be passed, the already implemented schemes are supposed to be reviewed and amendments are supposed to be made and a check should be done on implementation of such schemes. Various training programs should be conducted so that they adapt to new skills. Skilled labour influences more foreign investment which in the turn leads to the growth of the economy. 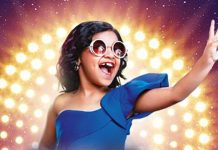 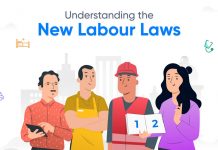