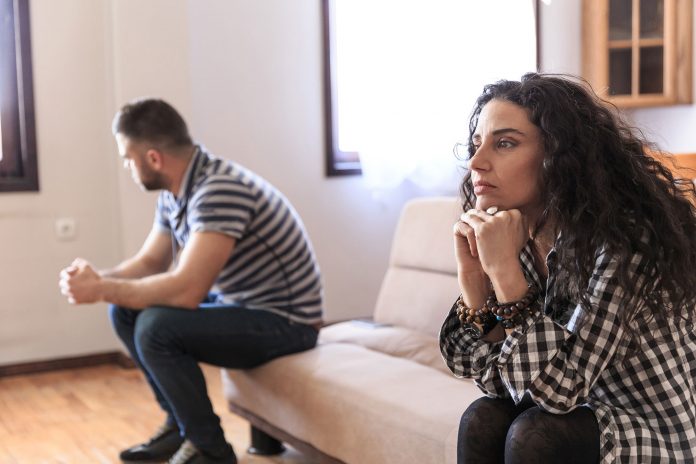 The Hindu Marriage Act, 1955 (“HMA”) was made to codify and amend the laws of marriage among Hindus. The motive of the Act was to provide uniformity of the laws among the Hindus regarding marriage and other subsequent laws. Coming to Section 10 of the Hindu Marriage Act, talks about judicial separation among the partners and about the alternate reliefs available to either of them.

Section 10(1) of HMA explains that if a marriage is solemnised under Hindu laws and if the party to marriage wants to seek a judicial separation they can do so by filing a petition of the same in the court. The party can present the application of separation by mentioning the grounds which are herein mentioned under Section 13(1) of the HMA and the wife can further also take support of the grounds of separation from Section13(2) which we are going to study ahead in this article.

Judicial separation in a generic sense means that the couple is separated from each other by a court order through an application instituted by them but is still married in the eyes of law. The court does not grant it for any reason except the grounds mentioned under the grounds of divorce [Section 13(1)].

This can be inferred from the case of Subarama Reddiar v. Sakaswathi Ammal; (1966) 79 LW 382 (Mad) (DB), that if the spouse successfully proves the presence of an adulterous relationship of their partner then judicial separation to the party can be granted by the Court.

It was held in the case of Manisha Tyagi v. Deepak Kumar; (10th Feb 2010), that the respondent (the wife) was accused of cruelty by the husband and to which divorce was granted by the District Court and the High Court. Challenging the same before the Supreme Court, the Court mentions that there was a lack of evidence against the respondent hence providing the parties judicial separation to contemplate their status of the marriage in the said time.

It was explained in the case of Madanan Seetha Ramalu v. Madanan Vimla, that the wife had converted into Christianity to which the court granted judicial separation and then divorce on the application by the husband.

The case of Anima Roy v. Prabadh Mohan Ray; (AIR 1969) explained that if the unsoundness of mind is not traced around the time of marriage then the court cannot grant judicial separation to the parties.

It was further explained by the case of M. Jasmine Devapriya v. A. Stephen Dhanraj; 2017, that if the aggrieved party can prove beyond reasonable doubt that it is not possible to cohabit together due to communicable and incurable disease then judicial separation can be granted.

Grounds for judicial separation exclusively available to the wife

Following are the grounds that are exclusively available to the wife for seeking judicial separation.

The status of parties is not fully dissolved during the course of separation, though the parties would not have any mutual rights; they are still legally married under the Hindu law, Narasimha Reddy v. M Boosamma; (AIR 1976 AP 77). The court after passing the decree of judicial separation gives a gap of one year to the parties to which they can contemplate their status of relationship and decide on whether to or not reconcile, and so if the parties do not wish to rehabilitate together then the decree of judicial separation can be moved for divorce. Therefore it shows that judicial separation does not mean a complete cessation of rights but on a temporary basis. During the separation, the party is in no sense moved out of the line from the inheritance of property as they are lawfully still spouses in the eyes of law which were held in the case of Krishna Bhattacharjee v. Sarathi Choudhary, (2016) 2 SCC 705.

If the court is of the view that the wife is unable to sustain herself during the time of judicial separation then maintenance to fulfil her basic needs shall be given to her which was also held in the case of Rohini Kumari v. Narendra Singh; (1972) 1 SCC 1 and Sohan Lal v. Kamlesh; (AIR 1984 P H 332).

Difference between judicial separation and divorce

After analysing the whole concept of judicial separation we can infer that it gives the opportunity to the parties to give their marriage a second chance and helps them to contemplate their status of the relationship. I think the gap of one year is a suitable time period to make the couple realise their need for reconciliation. The cessation of mutual rights does not signify an overall end of the marriage. The couple is still lawfully married during the course of judicial separation hence not ending their major rights of inheritance, maintenance etc. Furthermore, maintenance can be awarded to the party who is unable to sustain and is not able to fulfil their basic needs. Judicial separation can be seen as an imperative approach by the courts to avoid marriages ending up in divorce.

Property rights of a wife after divorce in India