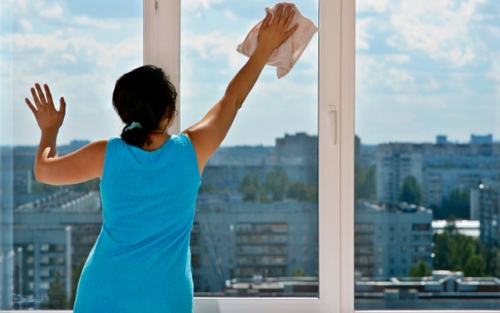 In this article, Shelly Babbar discusses the laws punishing Sexual Harassment of Domestic Workers at their Workplaces.

“The definition of domestic workers under Article 1 of The Domestic Workers Convention, 2011:

Currently, domestic workers often face very low wages, excessively long hours, do not have a guaranteed weekly day of rest and are sometimes vulnerable to physical, mental and sexual abuse or restrictions on movement. The exploitation of domestic workers can partly be attributed to gaps in national labor and employment legislation and often reflect sex, race and caste discrimination.

Due to their isolation (working in a household alone) and the nature of the work (relatively unskilled), domestic workers are subject to many kinds of unfair treatment and exploitation, ranging from long working hours to lower-standard salaries.

According to a rapid survey conducted by the Martha Farrell Foundation with 291 domestic workers in Gurgaon, Faridabad, and South Delhi, over 29% of women domestic workers have reported sexual harassment. Of those who experienced sexual harassment, 20% complained to the police, but they did not receive any results and about 19% ignored the incident.

The ILO convention on Domestic Workers

India is a signatory to the ILO’s 189th convention, known as the Convention on Domestic Workers; but it has not yet been ratified.
Since these provisions are not binding on those countries which have not ratified the Convention, however, India is not obliged to enforce them.

The Domestic Workers Act of 2008

The act was introduced to regulate the payment and working conditions of household workers. It also addressed the issues of trafficking of women and the exploitation of workers. The act also provides with the provisions regarding registration, working hours, minimum wages, etc.

Section 23 of the Act specifically makes penalty provisions in cases where any person knowingly sends, directs or takes a domestic worker to any place for immoral purposes or to a place where she is likely to be morally corrupted or sexually exploited in any way. Such a person shall be imprisoned for a period of at least 6 months, which may be extended up to 7 years and fine up to Rs. 50000 or both.

However, it is the individual states in India that govern its implementation, leading to lack of uniformity in the guidelines across the country.

Other acts that provide protection to domestic workers in India are:

In order to provide social security benefits to the workers in the unorganized sector including domestic workers, the Government has enacted the Unorganised Workers’ Social Security Act, 2008. The 2008 Act stipulates formulation of suitable welfare schemes for unorganized workers on matters relating to:

To provide social security cover to the unorganized workers, various schemes were formulated by the Government, which are listed in the Schedule I of the Act.

Sexual Harassment of Women at Workplace (Prevention, Prohibition, Redressal) Act 2013 and its Relevance for Domestic Workers

The Sexual Harassment of women at Workplace (Prevention, Prohibition, Redressal) Act was passed in 2013 and it recognizes that sexual harassment results in the violation of fundamental rights of a woman under Articles 14, 15 and 21 of the constitution.

According to ILO, there are currently 9 crore women in the unorganized sector in India and the provisions of the Act extend to all these women.

But despite having a law, a large majority of women are still regularly subjected to sexual harassment in all its forms in India.

The definition of the workplace under the act includes the unorganized sector and dwelling places and houses. Therefore, according to the act, a domestic worker means a woman who is employed:

Therefore, both live-in and live-out domestic workers are protected under the act and have the right to seek redressal from the LC when they are sexually harassed at their workplaces.

The Act also mandates the LC to conduct regular awareness and sensitization sessions for the workers and the employers to make them aware of the issue and provisions of the act.

The National Council of Women attempted to bring this large and vulnerable workforce into the mainstream. But little progress has been made in passing this bill so far.

The Domestic Workers Regulation of Work and Social Security Bill, 2017

Many women and girls employed as domestic workers around the world face an appalling array of abuses. Sexual harassment against domestic workers is amongst these abuses. Acts like the Social Security Act of 2008 and Sexual Harassment at workplace act (Prevention, Prohibition, and Redressal) Act provide protection to domestic workers in India. Yet, there is a need for comprehensive and uniform legislation for safeguarding the rights of domestic workers. A draft bill was made under the pressure of National Platform for Domestic Workers in 2017 that still remains to be a draft. With provisions like setting up of welfare boards, registration of workers in welfare boards, accidental insurance coverage, health coverage and pensions, the draft bill is close to an ideal act. The government can also take help of NGOs and domestic workers’ unions in drafting the bill. Making them a part of the policy-making process is essential to address their concerns.