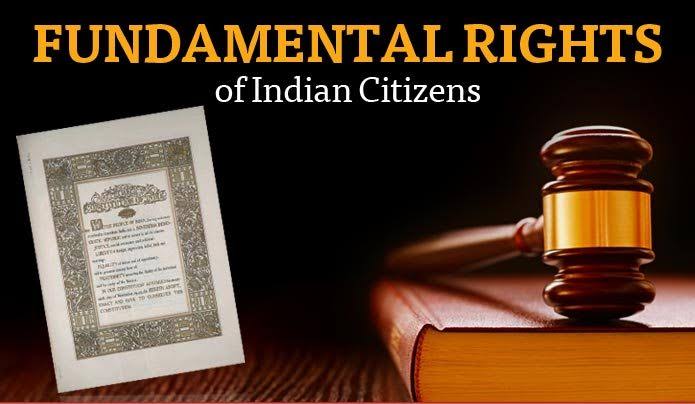 Written by Abhishek Saxena, pursuing Diploma in Advanced Contract Drafting, Negotiation and Dispute Resolution offered by  Lawsikho as part of his coursework.  Abhishek is a practicing Advocate and a Partner in Kanks Legal Services, Noida,U.P. 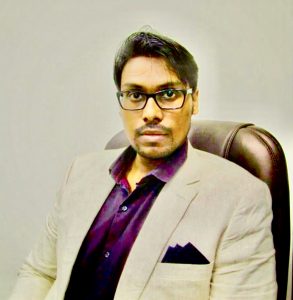 The ambit of Article 21 have expanded over the years through judicial precedents. According to article 21, a person can be deprived of his life and personal liberty according to a procedure established by law. To have a proper understanding of article 21, we are required to travel a journey from A K Gopalan (1950 SC) case to Maneka Gandhi (1978 SC) case, which reflect two opposite dimensions and scope of this article.

The court in Gopalan case said Article 19 should be invoked only when a law is directly attempted to control a right mentioned in Article 19. Therefore, the judicial approach taken is that the preventive detention laws should be valid and within the requirements of article 21, so long as it confirms with article 22, it would be sufficient and is not required to meet requirement of article 19.

“Due process of law” is basically a substantive due process. Procedural due process means law and procedure both should be reasonable which basically means principles of natural justice. Due to vagueness and indefiniteness of concept, this phrase has been omitted in India, i.e. due process of law. Thus, the court interpreted the term procedure established by law, as “There must be law, and the procedure should be followed”. It implies that article 21 is a guarantee against executive action only and not a guarantee against legislative bodies. So, article 21 provides no protection or immunity against a competent legislative action.

In Maneka Gandhi case, Personal liberty has been given an expansive meaning. It was held that articles 21, 14 & 19 are not mutually exclusive.  In the words of justice VR Krishna Iyer, “no article in the constitution relating to fundamental rights is an island in itself. They are group of Islands connected with each other, i.e. not separate Islands”. On personal liberty, Justice Iyer said, “the spirit of the man is at root of article 21. Personal liberty makes the worth of human person and travel makes Liberty worthwhile.”

The most significant and creative aspect of Maneka Gandhi case is the reinterpretation of procedure established by law. According to it the procedure established by law must be fair, reasonable and non-arbitrary.  The court reached this conclusion I holding that article 21, 9 and 14th are not mutually exclusive but they are interlinked. It brought in the requirement of visibility of article 19 into article 21. Justice Krishna Iyer said, “Procedure in article 21 means fair and not formal procedure and law is a reasonable law and not any enacted piece.”

Thus, the ambit of article 21 also includes right to travel abroad and principles of natural justice must be applied while exercising this right.

Right to Live with Dignity

Supreme Court has given a broad and liberal interpretation to the term life as used in Article 21.  In Munn Vs. Illinois (94 U.S. 113), J.Field spoke of the right to live as follows, “by the term ‘life’ as here used, something more is meant than sheer animal existence”. Supporting this view, Justice Bhagwati, in Francis Coralie Vs. U.T. of Delhi (1981 SC), had observed, “we think that right to life includes the right to live with human dignity and all that grows along with it namely, the bare necessities of life such as the adequate nutrition, clothing and shelter over the head and facilities for reading, writing and expressing oneself. The protection extends to all those limbs of body by which the life is enjoyed”.

Right to life includes right to lead dignified life. The question arises hair that does it also confer I write not to live if a person chooses to end his life?

P.Ratinam Vs. Union of India,1994 SC, The two judge bench rule that right to life under article 21 also embodies within itself a right not to live forced life to his detriment hand held that section 309 of IPC is void. But Ratinam case was overruled by full bench in Gian Kaur vs State of Punjab, 1996 SC. In this case it was held that section 309 of IPC is not unconstitutional and also section 306 is Constitutional. Supreme Court further said that the right to life is a natural right which is embodied in article 21, but suicide is an unnatural termination or extinction of life. Therefore it is incompatible and inconsistent with the concept of right to life and so both are constitutional.

In Common Cause (A Regd. Society) Vs. Union of India (2018 SC), a five-judge Constitution Bench, judgment delivered by Chief Justice Dipak Mishra, gave legal sanction to passive euthanasia, permitting ‘living will’ by patients on withdrawing medical support if they slip into irreversible state of coma. The SC held that the right to die with dignity is a fundamental right.

Right To Life Extends To Livelihood

In 1960, the Hon’ble Supreme Court was of the view that Article 21 of Indian Constitution does not guarantee right to livelihood.

Re Sant Ram (1960 SC), a case which came up before Maneka Gandhi in which the Apex Court ruled that the right to livelihood would not fall within the expression “life” in Article 21.

In Olga Tellis Vs. Bombay Municipal Corporation (1986 SC), a case which was brought by pavement dwellers to resist eviction of their habitat by the Bombay Municipal Corporation, the right to livelihood is born out of the right to life, as no person can live without the means of living, that is, the means of livelihood. The Court has observed in this connection:

If the right to livelihood is not treated as part and parcel of the constitutional right to life, the easiest way of depriving a person of his right to life would be to deprive him of his means of livelihood to the point of abrogation.

Right to education is one of the most important aspect human beings without which no one can lead good, decent and dignified life. Earlier, it was the part of Directive Principles of State Policy. However as per the changing needs of the society Supreme Court in Mohini Jain Vs. State of Karnataka (1992 SC) and Unni Krishna Vs. state of Andhra Pradesh (1993 SC) ruled that right to education is a fundamental right as it directly flows from right to life.

Kharak Singh vs State of Tamilnadu (1963 SC), this issue was raised for the first time. Justice Subba Rao it is Minority judgement said that the right to privacy flows from the expression personal liberty. This minority judgement paved path for the development.

In PUCL vs Union of India (1997 SC), Telephonic conversation, the court said, was a part of modern man’s life and and important faces of a man’s private life. Therefore, the Court ruled that telephone tapping would attract article 21, unless it was permitted under the procedure established by law.

In Selvi vs State of Karnataka, it was held that in involuntary subjection of person to test such as narco analysis, polygraph examination also violates the right to privacy.

In Ramlila Maidan case (2012 SC), the Honourable Supreme Court has said that citizens/persons have right to laser, to sleep, not to here and to remain silent. The Knock at the door weather by day or by night as a prelude to a search without authority of law amounts to police incursion into privacy and violation of fundamental right of a citizen. Right to privacy has been held to be a fundamental right of a citizen being an integral part of article 21 of the Indian Constitution. It was also said that the right to life and personal liberty also includes right to sleep.

Justice KS Puttaswamy (Retd.) Vs. Union of India (2018 SC), has been proven to be a landmark judgement in deciding the issue whether right to privacy is constitutionally protected. The nine Judges bench has held that:

Navtej Singh Johar Vs. Union of India (2018 SC), proved to be another milestone in the development of right to privacy and an important precedent delivered by five-judge Bench. The Section 377 of the Indian Penal Code has been partially struck down by decriminalizing same-sex relations between consenting adults. Now, the LGBT individuals are legally allowed to engage in consensual intercourse. The Apex Court has upheld provisions in Section 377, IPC, that criminalize non-consensual acts or sexual acts performed on animals.

Article 21 is a live provision in the constitution of India which constantly evolves like an organism and inherits the traits of dynamism that caters the needs of the society.  The Ambit of right to life and personal liberty keeps on expanding and will evolve further in future through various judicial pronouncements and legislative enactment. It is serves as an under-stream that touches every fundamental right in part III of the Indian Constitution.

On the basis of reasonability and non-arbitrariness and the principles of natural justice which are enshrined within the Ambit of article 21, many rights have been evolved till date through Hon’ble Supreme Court’s interpretations in its judgements. Some other rights within the ambit of Article 21, which have been evolved through various precedents of Apex Court, but have not been covered in detail in this write-up are: right to environment, Right of prisoners, right to speedy and fair trial, right against sexual harassment, right against handcuffing, right to medical care, Right to food and right against malnutrition, right against custodial violence, right not to be subjected to bonded labour, right to Legal Aid, right  against solitary confinement, right against bar fetters, right to pure drinking water, right to reputation, etc.

Thus, to meet the new challenges in the society and to fulfil the dynamic needs of the society the judicial system or the legislature will come up with new facets of article 21.