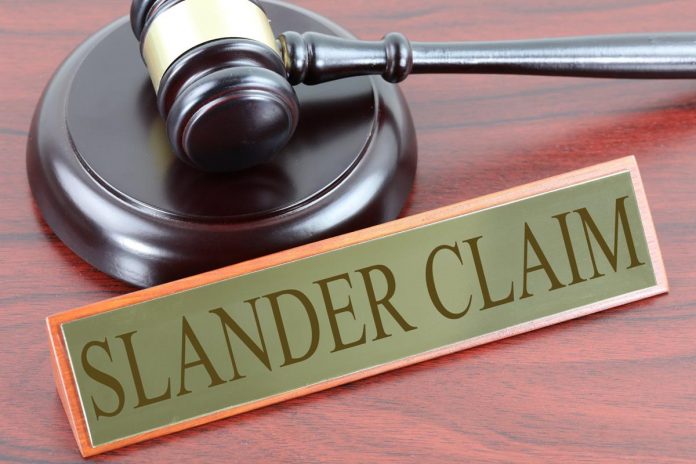 This Article is written by Janhavi Arakeri, 1st-year student, Symbiosis Law School, Noida. She discusses the meaning of Slander of Title and Goods and the defences and remedies to it.

“There is a ghost in the north end of the city that is causing a lot of trouble to the inhabitants. His chief haunt is in a vacant house on St. John Avenue, near to Main. He appears late at night and performs strange antics, so that timid people give the place a-wide berth. A number of men have lately made a stand against ghosts in general, and at night they rendezvous in the basement and close around the haunted house to await his ghost ship, but so far he still remains at large.”

We all have been in dilemmas where we had to choose between Domino’s and Pizza Hut or McDonald’s and Burger King and we all usually tend to prefer one over the other.

The 1980s witnessed the infamous aggressive ad campaigning by both McDonald’s and Burger King. Burger King advertisements stressed their flame-broiled burgers over McDonald’s offerings which were fried. Therefore, McDonald’s documented a claim in 1982, suing Burger King for false promoting, guaranteeing that they regularly steamed and warmed their burgers in microwaves. The claim was later rejected. Today, McDonald’s and Burger King are as yet bumping for their share of the market in the fast food showcase, in spite of the fact that the developing rush of gourmet burger joints makes it a lot harder battle. More contenders imply all the more promoting efforts, which implies the following notorious burger war business is presumably practically around the bend.

What is Slander essentially?

Slander is a false and defamatory statement by spoken words or gestures tending to injure the reputation of another. It is always expressed in some temporary form.

What qualifies as Slander?

In order to file a suit for Slander, one must prove the following:

How can one judge if the statement is a Slander or not?

A statement can be divided into two categories:A statement that is undoubtedly a slander ie. the statement in its original nature is defamatory. The statement made in this category either exposes the plaintiff to hatred, contempt and ridicule, tend to injure him/her profession/trade or cause him to be shunned by others in the neighbourhood.

The statements which are innocent in their primary sense but may communicate defamatory meaning, if it is likely to be understood and in fact, understood in the light of certain existing facts known to the person to whom the statement has been made i.e.Innuendo.

What is Slander of Title?

When an untrue and disparaging statement is published about another person’s property, movable or immovable that further goes on to impacting negatively on the property is called Slander of Title.

On the off chance that lands or chattels are going to be sold by an auction and a man announces in the auction room, or somewhere else, that the seller’s title is blemished, that the grounds are sold, or that the belongings are stolen property thus deflects individuals from purchasing, or makes the property be sold at a less cost than it would somehow have figured it out. This gives by all appearances guarantee for compensation for damages.

What must you prove in order to claim Slander of Title?

In order to sustain an action for slander of title, the plaintiff must prove the following essentials:

The statement or representation was false.

The plaintiff has the burden to establish that the disparaging statement was false and untrue.  If the statement is true; if there is really an infirmity in the title as is suggested or if there is the advancement of one’s legitimate interests, no action will lie.

The false statement must be such as is calculated to cause harm to the plaintiff.  A bona fide assertion of the defendant’s title to the property, however mistaken, if made for the protection of one’s own interest or some other right purpose is not malicious.  No action will lie in a case where there is no malice. The plaintiff must prove that the false statement resulted in actual pecuniary loss and damage to one’s economic interests.

An individual who goes to the intending occupants of a specific building and deters them from taking the building on lease by owning false expressions with respect to its livability and security is at risk in tort on the off chance that he is incited by malice. The tort is closely resembling slander of title falling inside the expansive portrayal of damaging deception.

On the off chance that lands or chattels are going to be sold by closeout and an individual announces in the auction room, or somewhere else, that the seller’s title is deficient, that the terrains are sold, or that the belongings are stolen property, thus stops individuals from purchasing, or makes the property be sold at a cost lesser than it would some way or another have understood, this is a slander upon the title of the proprietor, and gives him at first sight guarantee for compensation in damages.

In Ratcliffe v. Evans, [1892] 2 QB 524 The plaintiff had for a long time carried on the business of an engineer and boiler producer under the name ‘Ratcliffe and Sons’. The defendant was the owner of the ‘County Herald’, a Welsh paper. The defendant in his paper, distributed dishonestly and malignantly, that the plaintiff had stopped to carry on his business and that the firm ‘Ratcliffe and Sons’ no longer existed. It was held that the defendant was liable in damages as his announcement unfavorably influenced the plaintiff’s business and prompted loss of custom. The proof of general loss of business was adequate to help the action.

What are the Remedies available in a Slander of Title Case?

The remedies of injunction and declaratory judgment are more appropriate than an action for damages.

Special damages in slander of title claims include any provable economic  damages resulting from the slander, for example a cancelled lease, and the expenses necessary to clear up the slander, including legal fees. Note that the “special damages” legal fees are not what the plaintiff pays his or her attorney to sue for slander of title, but prior legal fees paid to, for example, clear a public record or to get a court’s declaratory judgment about who owns the property.

What are the defences to Slander of Title?

Another privilege, which exists in all jurisdictions, is the absolute privilege to make otherwise slanderous statements against the plaintiff’s title in judicial proceedings, for example, statements made during litigation. If either an absolute or a conditional privilege applies, the plaintiff will lose the slander of title case even if all of the other elements are satisfied.

If an act is authorised by a statutory enactment or a law passed by the legislature, then the defendant cannot be held liable for damages resulting in the course of such an act.

How is Disparagement different from Defamation?

Both torts have always required a derogatory publication and have had substantially the same common law privileges.

A makes a false statement that B’s goods are an infringement of C’s trade mark and warns B’s customers not to buy them. A is liable to B in an action for slander of goods.

It may be defined as “a false statement, whether by word of mouth or in writing, disparaging a man’s goods, published maliciously and causing him special damage”.

What has to be proved to file a suit for Slander of Goods?

To maintain an action for SLANDER OF GOODS, it is necessary to prove the following essentials:

How is Slander of Goods protected under Law?

Can boasting of one’s own goods result in Slander of others’ goods?

The offended party manufactured and sold food items under the name “Mellin’s Infants’ Food”. The litigant, a chemist, sold the offended party’s food at his premises. He acquired tins of child nourishment made by the offended party to which he appended a mark, outwardly of the parcel, expressing that “Dr. Vance’s Prepared food for Infants was the most healthful and nutritious for infants and invalids than any preparation that has been offered to the public”. Dr. Vance’s Prepared Food for Infants was in certainty the litigant’s very own image in which he had a proprietary interest

The defendant’s conduct did not amount to trade libel or slander of goods. It was held that his announcement would not bolster a reason for action since it was simply a bit of puffery, proposed more to advance the closeout of the defendant’s items than to disparage the plaintiff’s party’s food. The announcements were too general to establish an action.

The defendants published a brochure wherein it was stated that the abrasive “MBS70” manufactured by them was found, through scientific laboratory testing, to be more effective in cutting concrete than the plaintiffs’ rival product “Debdust”. The brochure showed the results of comparative scientific tests on the products of the plaintiffs and defendants.

The plaintiffs brought an action for slander of goods alleging that the statement was false and disparaged the goods of the plaintiff as being of poor quality. The defendants contended that the pamphlet was a mere idle puff and the claim of the plaintiffs should be struck out.

The court made it clear that a trader is entitled to “puff” his goods. By that reasoning, it is permissible to claim that one’s goods are “the best in the world”. But it is not permissible to denigrate a rival’s goods by making untrue claims that a reasonable person would take seriously.

The court held that the claims contained potential for liability and the report published was intended to be taken seriously and could not be dismissed as mere puffery.

Does False Advertising of one’s own good result in Slander of others’ Goods?

The offended party and respondent were the proprietors of papers circling in a similar region. The litigant distributed an explanation that “the course of” his paper was “20 to 1 of some other weekly paper in the district” [there being just a single such paper, for example, the plaintiff’s] and “where others count by the dozen, we count by the hundred”. This was false and was found to stigmatize equals in possibly making sponsors change far from different papers to that of the litigant. The announcement was held to be significant.

It was held that those announcements were not an unimportant puff but rather added up to stigmatization of the offended party’s paper and were noteworthy on confirmation of genuine harm.

Eventually, recognizing and defining the ownership interest at issue and placing it in the appropriate context is essential for lawyers involved with potential slander of title. Such a determination will also help make sure that the amount of special damage, among other associated issues, is accurate. Whilst the property interest aspect of title slander has always been essential and often not disputed, it is important to acknowledge that such property interests can be loosely defined, making the standing obstacle easy to overcome.