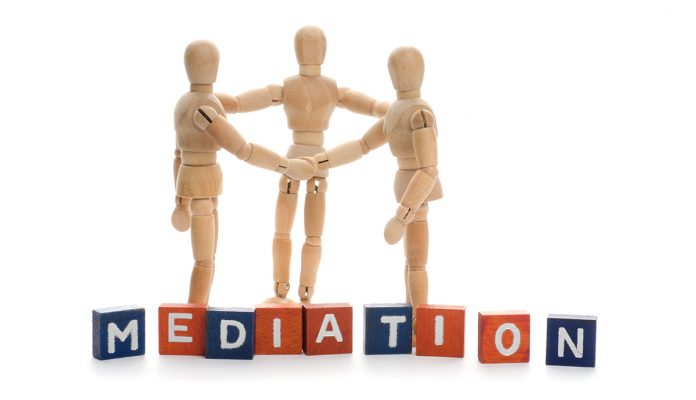 This Article is written by Tanishk Goyal, a first-year Student of The West Bengal National University of Juridical Sciences Kolkata. He is particularly interested in ADR and writes on contemporary issues.

Adversarial jurisprudence has had a prejudicial impact on the people of the country since the key jurisprudential principles of it involve delayed proceedings and cumbersome procedures which continue to plague the legal ethos of the society. In contrast, mediation is simply a voluntary, non-binding and private dispute resolution process in which a neutral person helps the parties try to reach a negotiated settlement.

Whereas mediation has helped curb the uncertainty amongst the people regarding the legal system of the country, specialist mediation advocacy is still in its infancy in India. Through this article, the author seeks to argue that against the backdrop of the recent Supreme Court ruling which formally recognized the concepts of living wills and Advances Medical Directives, numerous disputes are bound to arise, and to settle each of those disputes through adversarial litigation may not be a prudent approach given the time constraints on the patients. This necessitates the need for a quick dispute solving mechanism which happens to be mediation. In such a scenario, it is important to explore the possibility and viability of applying healthcare mediation to disputes which are prone to arise in this situation so that the fundamentals on which the concepts of AMD’s and Living Wills rest upon do not go futile.

The Supreme Court of India, in a recent judgment, in the case of Common Cause vs Union of India said that patients have the right to refuse life-support instead of prolonging their pain, and that a “living will,” in which they can authorise family members in advance to let them die, should be recognised. Living wills and Advanced Medical Directives (hereinafter AMD) are a way to suppress healthcare disputes and facilitate their resolution but that is not all. AMD’s bring their challenges with them, inter alia Power of Autonomy, Doctor directives vs Patient rulings and it is necessary to address them.

Traditionally, death was presumed to be a natural process of human life. However, today with the advancement in medical technology, it has become possible to manipulate the natural process of death by the use of artificial means, which could prolong human life for an indefinite period of time. Therefore, it becomes pertinent to lay emphasis on the agony and pain suffered by the incurable patients especially those who have entered a Permanent Vegetative State. (hereinafter PVS)

Although the AMDs have been hailed as a “critical tool to promote autonomy for people who can no longer make or communicate choices on their own behalf”, their implementation has been ostensibly shaky and intractably perturbing. In a particular case, The patient tried to implement an explicit instructional directive and name a proxy decision maker, as a part of her AMD. However, the directive was overruled by the patient’s family on a number of occasions. Moreover, the healthcare practitioner recommended certain procedures including intravenous hydration which were completely contrary to the directive so given.

Numerous studies have shown that AMDs are often ignored or overruled by physicians, particularly in hospitals. The treatment recommendations given by a healthcare practitioner may not be in the best interest of the patients by virtue of the fact that the right to refuse treatment by a patient may come into conflict with a health care practitioner’s own fears of the effect, the directive would have on his reputation. Moreover, sometimes the AMDs given by the patients come in direct conflict with the physician’s duty to do good, i.e The Hippocratic Oath. The Hippocratic oath makes no mention of the principle of autonomy or self-determination of the patient and therefore, the healthcare practitioner may consider himself ethically bound to overrule the directive.

In a situation, where there arises a dispute between the person on whom the Power of Attorney is vested and the medical practitioner, regarding the course of action to be taken with a patients life, in the absence of a living will(This being the best case scenario, as disputes are bound to arise even if there exists a living will), a litigation suit between the doctor and the relative of the patient, to prove that AMD’s trump the belief of the specialist, that the patient is capable of recovering or vice versa would take years. Instead of resorting to mediation might be a better decision to take.

Nature of disputes which are prone to arise

The power imbalances and the competing interests of the family, the ambiguity regarding the meaning of specific instructions, the intense emotion and family dynamics involved in end-of-life decision making, all have the potential to undermine or negate the ostensibly dispassionate decisions that individuals make on their own behalf far from the heat of the moment, and therefore AMDs are prone to disputes.

Now that living wills are officially a concept in India, their disregard would certainly drag the matter to court. Primarily, their absence would give rise to disputes as the decision would completely rest on the family of the patient, and if a medical practitioner were to disagree, the case would go for trial. On the contrary, if there existed a living will, the dispute would further entail, as practitioners have been known to disregard healthcare proxies.

Since the concept of AMDs is an evolving concept in India, I seek to review International cases, in order to point out that litigation in healthcare disputes particularly may not be the best option for a client.

First, is the case of Terri Schiavo. The case amply illustrates the nature of dispute which may arise in making end-of-life decisions. Whereas, on one hand Terri’s husband Michael was convinced that Terri wouldn’t want to continue living in a PVS with little hope of recovery and insisted that she be taken off the feeding tubes, Terri’s parents on the other hand were positive that Terri wouldn’t want to be taken off feeding tubes due to her Roman Catholic affiliation. Since Terri lacked any living will, the dispute between her husband and her parents carried on over 10 years through multiple court battles. Even after the US Supreme Court denied the parent’s appeal, they were still petitioning to have her feeding tube reinserted. Even after pursuing the court battle until the very end, their last petition was denied the day before Terri died. Mediation, on the other hand, could have prevented the emotional trauma both the families had to suffer. While it is acknowledged that a win-win situation cannot be proffered by mediation in disputes which involve end-of-life decisions, the consideration for accommodating the need for an emotional quotient among the parties in such difficult times is sufficient enough to choose mediation over litigation.

Similar was the case of Nancy Cruzan, who did not have a living will and could never avail the benefit out of a litigation suit.

As for the cases, where there existed a living will and still the will was disregarded by the medical practitioner, and legal action was threatened, there is the case of an 88-year-old woman suffering from dementia, who had given the Durable Power of Attorney to her daughter, which in turn was overruled by medical practitioner.

When the concept of living wills did not exist, the parties had no option but to go to court, as it was the court which would decide whether the patient should live or not. But now, since the signed directive by the patient is already present, it is possible that the role of the court may be eliminated unless the practitioner decides to disregard the directive. Even when the practitioner does so, there is the scope that this dispute can be resolved without going to the court as both the sides have something to bring to the table. For instance, in the cases referred to in the previous part, the doctor has his professional reasons as to why he is disregarding the AMD, and the parties have the AMD expressing that patient wants to exercise his/her Right to Die with Dignity as enshrined in Article 21 of the Constitution. Thus, the legalisation of AMDs or living wills by expanding the scope of having negotiations between the stakeholders gives all the more reason to the parties, patients and practitioners to proceed with mediation. Perhaps, the methodology which could be followed while drawing up a living will or giving of AMD is a framework which mandates the compulsory inclusion of an Alternate Dispute Resolution(ADR) Clause in the said directive. This framework would not restrict the right of the patient or the relatives to approach the court, while simultaneously ensuring that the hard-won financial and emotional interests of the patient and the family are preserved.

There is a pressing need to keep the patient stress free and emotionally stable, both of which are encumbered by ubiquitous civil suits. It is even more so, in cases of families of patients who have entered a PVS. The litigation process requires time, which is of paramount importance, in a healthcare dispute. This has been one of the primary reasons why a framework of ensuring the compulsory inclusion of an ADR clause in a living will or AMD is suggested. It is more important to build and maintain relationships than winning at the cost of the other party. Thus, it is suggested that mediation, especially in the healthcare sector, is given preference over litigation so that the invaluable years of a patient’s life which are lost in pursuing a litigation suit are preserved.

Rights beyond grave : Right to a decent burial