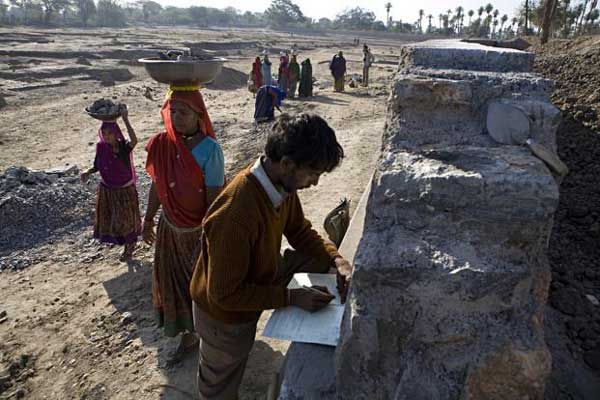 The new Land Acquisition Act, which seeks to fundamentally alter the system of land acquisition, is predicated upon the belief that every land owner must be given an adequate opportunity to ensure that his interests and concerns are given due consideration during the process of acquisition.

The Act further recognizes that every community has a unique set of concerns which have to be addressed in a manner consistent with the humane and consensus-based system of acquisition that this Act postulates.

The present system of land acquisition is characterized by widespread inequities which undermine the basic principles of an egalitarian social order that the framers of our constitution sought to create.

Even though the new Act has been reviled in some quarters for the lengthy and complex system that it seeks to create, nobody can deny that the provisions that the Act creates for the benefit of historically marginalized sections of society will go a long way in radically improving the bargaining power of those whose concerns have hitherto been simply ignored.

A comprehensive chapter has been separately carved out which emphatically asserts the rights of land owners belonging to scheduled castes or scheduled tribes.

Following is a list of the pertinent provisions that the Act creates for the empowerment of the SC/ST communities.

Acquisition of land as last resort:

The Act gives special protection to land belonging to SC/ST communities, as it makes it abundantly clear that such land should not ordinarily be acquired; it should only be acquired as a demonstrable last resort. In other words, cogent and compelling reasons must be shown for the acquisition of such land.

Furthermore, even if cogent reasons exist for the acquisition of such land, the acquisition must only be done with the consent of local institutions of self-governance including any autonomous councils that might be in existence.

A development plan must be prepared to clearly delineate the rights of those belonging to SC/ST communities that have not yet been settled.

In addition, the title of such individuals must also be restored on alienated land by undertaking a special drive. The plan must also encompass provisions for the development of alternate fuel, fodder and non-timber forest resources on non-forest land. The aforementioned resources must be made available within a period of 5 years to meet the needs of these communities.

The desire to fairly and expeditiously compensate members belonging to the SC/ST communities for the land that is acquired from them also finds expression in the provision that postulates that 1-third of the compensation amount must be paid to land owners belonging to these communities up front. The remaining amount can be paid after the possession of the land changes hands.

This provision will certainly go a long way in assuaging the unease of impoverished land owners who heavily rely on their land for earning their livelihood.

Land shall be provided for social gatherings in resettlement areas to members of SC/ST communities.

This provision further reaffirms the commitment of the legislature to uphold and promote the traditions of these communities and to preserve their unique ethos.

Resettlement in the same area:

All possible efforts must be made to ensure that members belonging to the SC/ST communities, who have to be provided alternate accommodation on account of land acquisition, are provided accommodation in the same scheduled area, preferably in a compact block.

This will not only enable them to stay connected with their own community, but will also allow them to preserve their cultural identity. The Act recognizes that members belonging to these communities may find it hard to adjust to a completely new environment, and, therefore, carves out this provision for the preservation of linguistic and ethnic identity of affected families.

If, due to some cogent reason, affected families belonging to the SC/ST communities have to be resettled outside the scheduled area in which they were previously staying, then the amount of rehabilitation and resettlement benefits to be provided to them shall be raised by 25%. In addition, they shall be entitled to a further payment of Rs. 50,000/-. This provision will make the transition process a lot smoother and will make it possible for affected families to seamlessly integrate into their new communities.

Higher land area to be provided:

Whenever their land is taken away, members belonging to the SC/ST communities will be provided the same quantity of land that is acquired or 2.5 acres, (whichever is lower).

Fishing rights in the reservoir area:

This provision is particularly noteworthy because it guarantees to land owners the right to practice their primary occupation instead of compensating them in monetary terms.

No acquisition in contravention of existing laws:

Any government authority that intends to acquire land that is owned by members of these communities must do so in accordance with all existing hard and soft laws. Laws that seek to safeguard the interests of these communities would be significantly undermined if their provisions are not strictly adhered to.

As a result, any transaction involving the acquisition of land in contravention of existing laws would be void.

The aforementioned provisions, if implemented correctly, will go a long way in restructuring the land acquisition system in such a way as to prevent the exploitation of vulnerable land owners and communities.

They will not only help to significantly reduce the disparities in the present system, but will also pave the way for a more just social order – a social order in which the concerns of every community would be given the attention that they deserve.