In this blogpost, Ankita Sharma, a student of National Law University, Assam tries to take a look at some of the most significant substantial rights that flow from Article 21 of the Constitution of India and the evolution of the judicial pronouncements which widened the purview of the terms ‘Right to Life’ and Right to Personal Liberty’. 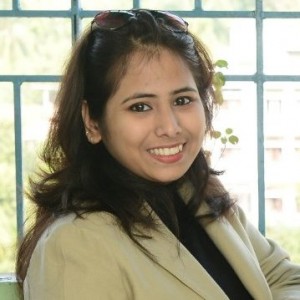 As far as Article 21 under Chapter III of the Constitution on India is concerned, it guarantees all citizens their fundamental rights to life, to dignity, to speech and expression, to education and information. Despite its ordinary terms, that is, no person shall be deprived of his life or personal liberty except according to procedure established by law, it has become an extraordinarily broad guarantee of the right to live with ‘human dignity’[iii], encompassing, when interpreted in light of the Directive Principles, implicit rights to the basic necessities of human existence, education, healthcare, and a healthy and sustainable environment. 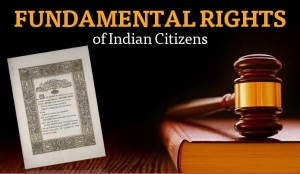 Article 21 as the source of Substantive Rights

Article 21 of the Constitution of India read as

“Protection of Life and Personal Liberty: No person shall be deprived of his life or personal liberty except according to procedure established by law.”

Article 21 can only be claimed when a person is deprived of his “life” or “personal liberty” by the “State”, as defined in Article 12. Article 21 applies to natural human beings. The right is available to every person, citizen or alien. Thus, even a foreigner can claim a right under this article.

This Article is couched in a negative form and enjoins the State not to deprive any person, not necessarily only a citizen, of his life or personal liberty except according to procedure established by law.

The right to life is undoubtedly the most fundamental of all rights. Everyone has the right to life, liberty and the security of person. All other rights add quality to this right and depend on the pre-existence of life itself for their operation. As human rights can only attach to living beings, one might expect the right to life itself to be in some sense primary, since none of the other rights would have any value or utility without it. There would have been no Fundamental Rights worth mentioning if Article 21 had been interpreted in its original sense.

The term “life” as mentioned in the Article 21 of the Constitution has been broadly interpreted by the Supreme Court. Right to Life does not merely mean the continuance of a person’s animal existence but a quality of life. In the case of   Kharak Singh v. State of Uttar Pradesh[iv], the Supreme Court held that, ‘By the term “life” is meant something more than mere animal existence. The inhibition against its deprivation extends to all those limbs and faculties by which life is enjoyed. The provision equally prohibits the mutilation of the body by amputation of an armor leg or the pulling out of an eye, or the destruction of any other organ of the body through which the soul communicates with the outer world.’[v]

Article 21 has a much wider meaning which includes right to live with human dignity, right to livelihood, right to health, right to pollution free air, etc. Right to life is fundamental to our very existence and includes all those aspects of life which go on to make a man’s life meaningful, complete and worth living. It is the only article in the Constitution which has received the widest possible interpretation. Under the canopy of Article 21 a plethora of rights have found shelter, growth and nourishment. Thus, the bare necessities, the minimum and basic requirements which are essential and unavoidable for a person is the core concept of right to life. 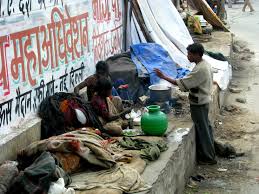 In the case of Francis Coraliev. Union Territory of Delhi[vi], the Supreme Court  observed that “the right to life includes the right to live with human dignity and all that goes along with it, namely the bare necessities of life such as adequate nutrition, clothing and shelter, and facilities for reading, writing, and expressing oneself in diverse forms, freely moving about, mixing and commingling with fellow human beings. The magnitude and content of the components of this right would depend upon the extent of economic development of the country,  but it must, in any view of the matter, include the right to the basic necessities of life and also the right to carry on such functions and activities to constitute the bare minimum necessities of the human life.”

Again in the case of Sunil Batra v. Delhi Administration[vii], the Supreme Court observed that the “right to life” included the right to lead a healthy life so as to enjoy all faculties of the human body in their prime conditions. It would even include the right to protection of a person’s tradition, culture, heritage and all that gives meaning to a man’s life. It includes the right to live in peace, to sleep in peace and the right to repose and health.

The expanded scope of Article 21 has been explained further in the case of Unni Krishnan v. State of A.P.[viii] In the case the court provided the list of some of the rights covered under Article 21. Some of them are listed below:

Through various judgments the Court also included many of the non-justifiable Directive Principles embodied under part IV of the Constitution.  Some of them are:

The expression “personal liberty” used in Article 21 has also been widely interpreted by the Supreme Court. It does not merely mean freedom from physical restraints or freedom from confinement within bounds of a prison. In other words, it means not only freedom from arrest or detention from wrongful confinement or false imprisonment, but it means much more than that. The term personal liberty is not used in a narrow sense but has been used in Article 21 as  a compendious term to include within it all those variety of rights of a person which go on to make up the personal liberty of a man.

In Maneka Gandhi v. Union of India[xii], the Supreme Court expanded the horizons of the term “Personal Liberty” to give it the widest possible meaning. The Court held:

“The expression “personal liberty‟ in Article 21 is of the widest amplitude and it covers a variety of rights which go to constitute the personal liberty of a man and some of them have been raised to the status of distinct fundamental rights and given additional protection under Article 19.” 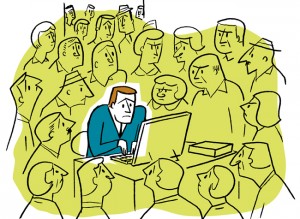 Privacy can be defined as the state of being free form intrusion or disturbance in one’s private life and in affairs.

In the case of R. Sukhanya v. R. Sridhar,[xiii] the Court held that the publication of matrimonial proceedings, meant to be conducted in camera, as invasion of right of privacy. More importantly, the Court also held that “the rightful claim of an individual to determine the extent to which he wishes to share himself with others and his control over the time, place and circumstances to communicate to others.”

In R. Rajagopal v. State of Tamil Nadu[xiv], the Supreme Court has asserted that in recent times, the right to privacy has acquired constitutional Status. It is “implicit in the right to life and liberty guaranteed to the citizens” by Article 21. 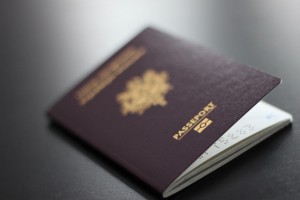 In the year 1967, the court for the first time in the case of Satwant Singh v. Assistant Passport Officer, New Delhi[xv] held that right to travel abroad is contained in by the expression “personal liberty” within the meaning of Article 21. Later in Maneka Gandhi v. Union of India[xvi], it was held that if a procedure established by law was required in depriving a person of his personal liberty which included the right to travel abroad, then that procedure mentioned herein should not be arbitrary, unfair or unreasonable. 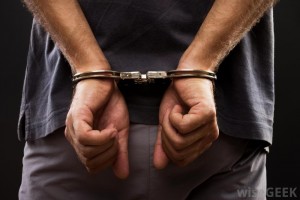 The Supreme Court in the case of Joginder Kumar v. State of Uttar Pradesh[xvii] laid down the guidelines governing arrest of a person during investigation:

Further in D.K. Basu v. State of West Bengal,[xviii] the Supreme Court laid down detailed guidelines to be followed by the central and state investigating agencies in all cases of arrest and detention till legal provisions are made in that behalf as preventive measures. The court also held that any form of torture, cruel, inhuman or degrading treatment, whether it occurs during interrogation, investigation or otherwise, falls within the ambit of Article 21.

Thus the principles of natural justice are firmly grounded in Article 21 of the Constitution of India. With the introduction of concept of substantive and procedural due process in Article 21, all that fairness which is included in the principles of natural justice can be read into Art. 21. The sun of Article 21 would never set completely in a democratic set up like India and this article would live in all its sub-limit for eternity to serve the people of India whenever they are in any distress over any issue pertaining to their lives and personal liberties.

This article is reviewed by Pragya and published by Sylvine Sarmah.

[ix]VidhanMaheshwari, “Article 21 of The Constitution of India – The Expanding Horizons”