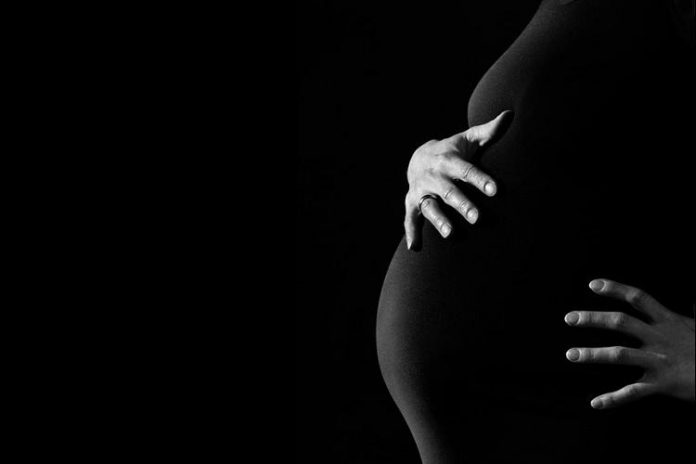 This article is written by Saumya Saxena, a student at Symbiosis Law School, Noida. This article gives an overview of the status of surrogacy rules in India and discusses the Surrogacy (Regulation) Bill, 2016.

The legal and ethical aspects surrounding surrogacy are complex. Surrogacy is a process in which a woman agrees to carry a baby of another couple and gives up the baby at birth and when she is provided with the compensation for carrying the child it is commercial surrogacy. Commercial surrogacy was legalized in India in 2002, since then it has grown into a massive industry in the medical field. According to a study done by the World Bank estimates the surrogacy business to be worth 400 million dollars a year handled by 3000 fertility clinics throughout India.

In ancient times, surrogacy was practised and socially accepted. For instance, Balram, the seventh child of Devaki and Vasudev (Krishna’s parents) was born by transferring the embryo to the womb of Rohini (Vasudev’s first wife) to save him from being killed by Kamsa (Devaki’s brother). The existence of surrogacy is also evident in Mahabharata where Gandhari, wife of Dhirtarashtra experienced pregnancy for almost two years, after which she delivered the mass. Rishi Vyasa found that 101 cells were put in a nutrient medium and were grown outside the womb until full term. Out of the 101 cells, hundred developed into the male Kauravas and the remaining single cell developed into a female child, Dushala.

Kartikey, the God of war, who was the son of Shiva and Parvati is also known as the God of fertility. The reason behind this is that he was born out of surrogacy with Ganga as his surrogate mother.

Meaning and Reasons for Surrogacy

The word “surrogate,” is rooted in Latin “Subrogare” (to substitute), which means “appointed to act in the place of.” Surrogacy is a method of assisted reproduction whereby a woman agrees to carry and deliver a child for another person. The woman who agrees to carry the baby is called the ‘surrogate mother’ and the couple who get the child after birth is called ‘intended parents’. The surrogate mother may be the child’s genetic mother or she may be implanted with an unrelated embryo.

This process is a treatment for infertility which offers the joy of parenting. It is depicted as a generous action meant to help couples who are unable to have children naturally. The global movement of infertile couples, reproductive tissue and medical technologies over the past two decades has been accompanied by a significant rise in state legislative and regulatory protocols, instruments and practices.

The New Encyclopedia Britannica defines ‘surrogate motherhood’ as the practice in which a woman bears a child for a couple unable to produce children in the usual way. Surrogacy may be commercial or altruistic, depending upon whether the surrogate receives financial rewards for her pregnancy. Altruistic surrogacy is where a surrogate mother agrees to gestate a child for intended parents without being given any monetary compensation. In other words, it is a free surrogacy. Whereas, commercial surrogacy is where the surrogate mother is given financial incentive so that she feels secure. Commercial surrogacy has been a controversial matter because it is considered unethical by society as there is money involved in a child’s birth.

There are many reasons why people opt for surrogate pregnancy. For instance, a woman is infertile or unable to carry a baby because of her medical conditions like hysterectomy, uterine malformation or a history of recurrent abortions or any medical illness which might be a risk to her health. Sometimes a female may be fertile and healthy but she may not be willing to undergo pregnancy. The agencies make surrogacy arrangements for the intending couple and help them with medical and legal issues involved in the process.

People criticize the practice of surrogacy arguing that it is commodification of women’s bodies and reproductive labour. However, some people are of the opinion that surrogacy is an expression of women’s solidarity and bodily generosity.

Altruism is defined as “unselfish regard or devotion to the welfare of others” — a quality which all surrogates must have to make the physical and emotional sacrifices.

Entering into an altruistic surrogacy with a known surrogate (family member or a close friend) is a celebrated experience. However, even when there is an altruistic agreement is a close relation, complications or unforeseen expenses may arise.

Article 16.1 of the Universal Declaration of Human Rights, 1948 states that “men and women of full age without any limitation due to race, nationality or religion have the right to marry and to found a family.”

The Indian Judiciary has also acknowledged that the right to reproduce is a fundamental right under Article 21. For instance, in the case of Suchita Srivastava v. Chandigarh Administration, a three-judge bench held that a woman’s reproductive right includes her entitlement to carry a pregnancy, to give birth and to raise the child; and these rights are an inherent part of the right to privacy and bodily integrity.

In B.K. Parthasarthi v. Government of Andhra Pradesh, the Andhra Pradesh High Court recognized personal decisions about giving birth to a child as ‘the right of reproductive autonomy’ falling under the ambit of ‘right to privacy’. The court relied on the US judgment in Jack T. Skinner v. State of Oklahoma,  which acknowledged the right to reproduce as ‘one of the basic civil rights of man’.

Need for Surrogacy Laws in India

The Judiciary realized the need for legislation regulating matters relating to surrogacy in India in 2008 in the controversial case of Baby Manji v. Union of India. In this case, a Japanese couple had hired a surrogate in India but before one month of the birth of the child, the couple got divorced. After the birth of the child, the commissioning mother refused to take the baby and the father could not be given custody of the infant. The Supreme Court gave the custody of Baby Manji to its paternal grandmother and highlighted the need for legislation governing matters related to surrogacy.

In 2009, the Law Commission submitted its 228th report after noticing that the Indian surrogates were being exploited by foreign nationals and there was a serious need for legislation to govern surrogacy in India. In the report, the Commission recommended a prohibition on commercial surrogacy and to allow altruistic surrogacy to the needy Indian citizens.

In 2010, the Assisted Reproductive Technology (ART) Bill was formulated but it didn’t become law because there were many shortcomings in the bill. The bill allowed the arrangement for surrogacy to single parents but it did not allow it to foreign nationals and same-sex couples. The bill did not contain many provisions for protecting the rights of the surrogate mother.

Due to the absence of a law for regulating surrogacy practices, there were extreme cases of surrogate mothers being exploited. The surrogates had to live in shelter homes away from home in order to avoid the social stigma of being a surrogate. The agencies involved in surrogacy arrangements charged a huge amount of money from the commissioning parents and gave only a nominal amount to the surrogates. As there were no regulations, the business of surrogacy started to grow and ended up enticing women who lacked their remunerable option. The Supreme Court was criticized for failing to bring surrogacy under the ambit of law. In 2015, the government banned commercial surrogacy for foreign nationals considering the extreme cases of exploitation of Indian surrogates.

Highlights of the Surrogacy (Regulation) Bill, 2016 provided are as follows:

Criticism of the Surrogacy (Regulation) Bill, 2016

Surrogacy has been a matter of debate which raises ethical issues about a woman entering into a contract for providing reproductive services. The major issues revolving around surrogacy are the rights of the child born out of surrogacy, autonomy and dignity of the surrogate mother. In my opinion, surrogacy should not be referred to as ‘baby selling’ or ‘commodification of reproductive labour’. Surrogacy is a way to women empowerment and it expresses the solidarity of women. Not all human beings have the gift of being blessed with a child, surrogacy gives them the joy of being a parent. Although they have the option of adopting a child they cannot be denied the right to have a child of their own.

On the other hand, putting a ban on commercial surrogacy is not the wisest thing to do as it will not protect the surrogates against exploitation. In a country like India, where we are still fighting the battle of gender equality, even altruistic surrogacy can put oppressed women at risk. Hence, it can be concluded that the government should take responsibility and allow commercial surrogacy and make strict provisions for regulating commercial surrogacy.