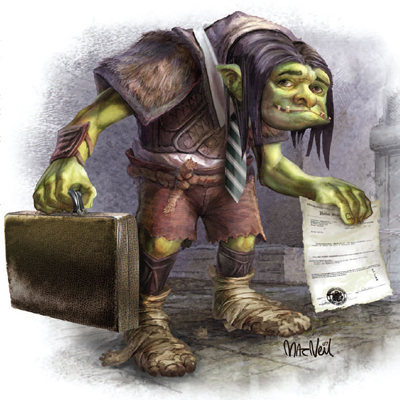 WHAT IS A PATENT?

Patent is a set of exclusive rights granted by a sovereign state to an inventor or their assignee for a limited period of time, in exchange for the public disclosure of the invention. Patents are a form of intellectual property of the party.

The procedure for granting patents, requirements placed on patentee, and the extent of exclusive rights to be granted to the patentee vary in different countries according to their national laws and international agreements.

Under the World Trade Organization’s (WTO) Agreement on Trade-Related Aspects of Intellectual Property Rights, patents should be made available in WTO member states for any invention, in all fields of technology and the term of protection available should be a minimum of 20 years.

In the U.S., a patent is a right to exclude others from:

Article I, Section 8(8) of the U.S. Constitution provides that; the Congress shall have the power to promote the progress of science and useful art, by securing for limited to authors and inventors the right to their respective writings and discoveries. In this regard, patents implementing that provision would have to grant temporary rights vesting only on the inventors. Nonetheless, patents are now treated like property rights, so that they may be sold, licensed, mortgaged, assigned, transferred, given away, abandoned, actively developed, or held as investments without being developed. Just like there is no legal requirement that owners of real property develop their vacant land, there is likewise no legal requirement that patent owners develop their inventions.

WHAT ARE PATENT TROLLS?

In general terms, a patent troll is a person, business or a corporation that perverts the use of patents as a business module or strategy. The patent troll can be described in one or more of the following type:

WHY IS THIS BAD FOR A STARTUP COMPANY?

With the number of patent-related lawsuits on the rise, and the system set up to favour deep-pocketed giants over individual inventors and smaller companies, U.S. technology innovation is in for a continued shaky ride according to patent experts and other observers.

The U.S. Patent and Trademark Office (USPTO) are issuing more patents than ever before. According to a recent USTPO report, around 2/3rds of the two million patents that are active right now are in the technology field. The trend is as damaging for large companies as it is for smaller firms.

There are many stories of such patent trolls misusing their power in the IT market and one such is of Todd Moore, founder of 3-man app Development Company called TMSoft sued by Lodsys the patent troll that targets app developers. Lodsys claimed that typical “click to upgrade” function in apps violates two of their patents. It started by targeting Android and iOS app developers, demanding that they pay Lodsys a license fee to use this technology.

Patent trolls are constantly on the lookout for new app developers to slap them with a patent claim and mint money. This adversely affects many startups as they are as it is struggling to keep their inventions in the market and with limited capital, a lawsuit is the last thing on their mind hence they give in and pay the license fee to Lodsys.

However, there are some who do not give in to Lodsys and challenge the claim in a court of law. Due to this it has recently come to light that the technology that Lodsys claims is theirs is actually given to developers by Apple and Google. The developers do not ‘create’ this technology. Lodsys subsequently filed 11 law suits against various companies that are still pending. Apple and Google hence have filed a motion to intervene in the lawsuit, arguing that the law allows it to provide its app developers, the technology at issue, free from claims of infringement.  The courts have allowed Apple’s and Google’s motion to appear in the case, the outcome of which is eagerly awaited as it would not only benefit both Apple and Google but would provide app developers with some breathing room.

Google further filed a request for Inter Partes Re-examination, with the Patent and Trademark Office on the two patents Lodsys is asserting against the app developers. A re-examination is a proceeding before the PTO, brought by a third party to challenge the validity of a patent. The PTO had agreed to consider some of Google’s arguments.

While the steps that are taken recently in this regard are positive and may result in the desired outcome the process of reaching that verdict is going to be lengthy one. The litigation process alone would take considerable time and there is no guarantee the verdict will provide absolute relief to the startups. Further, there is no guarantee that the PTO will take into consideration every suggestion made by Google in the re-examination plea and would completely invalidate the patent. One thing is for sure that the verdict is awaited eagerly.

HOW CONGRESS IS DEBATING PATENT REFORM

In June, 2013, President Obama signalled his support for sweeping reforms by signing an array of executive orders and legislative recommendations that would make it harder for patent – holding companies – “patent trolls”, in particular – to embark upon alleged patent infringement lawsuits.

Further, Tech Groups like, Application Developers Alliance (ADA) and the Electronic Frontier Foundation have been protesting against the existing patent laws, which they feel are too accommodating to these patent trolls. These groups and the members of Congress submitting patent reform bills are reacting mainly to the increase in the number of patent infringement lawsuits in recent years.

Since Obama signed the executive offer the push for legislative reform on patent issues is ever increasing. There are now six bills and discussion drafts before Congress that strive to change the way U.S., considers, awards and litigates patents. Here’s a brief overview of what is in each proposal:

Introduced by Reps Jason Chaffetz (R-UT) and Peter DeFazio (D-OR) in February, “Saving High-Tech Innovators from Egregious Legal Disputes” bill would create a “loser pays” system for lawsuits in which patent assertion entities, not using their patents, would have to pay a defendant’s legal bill if they lose their lawsuit. Losing defendants however wouldn’t have to pay. The tech sector like the bill, but some such as ADA have pointed out that some developers and startups can’t afford to pay lawyers for even one appearance in the courts.

Sen. Chuck Schumer (D-NY) introduced this in May. The bill would better accommodate startups and software developers by changing the language around what types of businesses are covered under the America Invents Act, 2011 law that had changed the patent system from a “first to invent” to a “first inventor file” system.

Rep Ted Deutch (D-FL) introduced a bill that would provide a way to confirm who owns a particular patent, and which patents a particular person or company owns. In short, it would require the disclosure and ownership and transfer of ownership of patents. This would help make the patent system transparent, taking away the advantage from the patent trolls.

Introduced by Sen John Coryn (R-TX), in late May, the act proposes “fee shifting” in patent assertion litigation, which would mean any part accused of infringing on a patent that wins a case in court would have its cost covered by the plaintiff of the suit. The bill would also force patent assertion entities to be specific about their complaints, removing all anonymity and ambiguity. It would also prevent trolls to “double sue” alleged infringers first from one shell corporation and then from another.

In early July, Hakeem Jeffries (D-NY) and Blake Farenthold (R-TX) introduced this act with an aim to set a higher bar for patent infringement actions and give alleged infringes more opportunity to assess and protest the legitimacy of such claims. It also seeks to discourage frivolous matters from being commenced by increasing judicial scrutiny for abusive litigation.

In sum the tech sector appears to be relatively happy about the progress that the patent law debate has so far made on Capitol Hill, but groups such as EFF and ADA are hoping for more. While there is a genuine interest taken by the Congress to address this issue, the legislative proposals stop short of completely tackling the problem.

This article has been written by Vrinda Bagaria, edited by Srishti Aishwarya