In this article, Prateeksha Gupta gives reasons on why every law student should moot in their law school life.

“It is fair to say that a lawyer who has participated in a moot court is rarely surprised by questions that he or she may receive from the bench!”

Society needs good and efficient judges, advocates, lawyers. Producing a good legal professional is no easy task. It needs tremendous efforts and commitment to achieve this.

Moot Court is one such activity which helps any law student become a good professional as it is associated with the study of law.

What is a Moot Court?

The term ‘moot’, according to Oxford and Chambers dictionary means, to propose for discussion; argue for practice; a matter about which there may be disagreement or uncertainty.
For example, it is a moot point whether men or women are better drivers.

A Moot Court is a mock court or a simulated court where law students, like lawyers in a court room, argue before a panel of judges. It is merely understood as a next level of debating.

-Moot court is a law school activity and competition during which students participate in the preparation and arguing of cases in front of judges. The case and sides are selected beforehand, and students are given a set amount of time to prepare for the eventual trial.

Moot court involves appellate cases as opposed to those at the trial level, which are often called “mock trials”; Judges are usually law professors, attorneys from the community, and even members of the judiciary.[1]

-It is an artificially created arrangement with a get up similar to that of a real court where the participating students argue on hypothetical cases.

Let’s discuss in detail all about what exactly a moot court is about.

What happens in a Moot?

A team of merely three people is being formed which includes two speakers and one researcher. The speakers have to act like a lawyer and are pitted against the opposing team to present and argue its case in front of the judges.
Moot Court involves the judges who judge the particular running case. These judges are usually the law professors, attorneys. The members who are performing the activity research their respective sides thoroughly and walk arguments against the opposing team. The judges may ask question by time accordingly about the case which the pleader is bound to answer. Therefore, is need of understanding the facts of the case, their arguments and especially the pertaining law which the particular case demands.

How are Moot Courts conducted?

When a moot court competition is announced, the organizing committee release the moot problem, which contains the facts of the case based on which you are required to prepare the moot court memorial.

A Moot Court Memorial is a formal document which either of the parties of the case i.e., Petitioner as well as the Respondent has to prepare which consists of the facts of the case, the arguments and the relief prayer which you want from the court of law.

Moot Court is a court room which is to an extent, similar to that of an ordinary court room but no general proceedings are being held here. It is basically a type of demo court being made for law students so that they can practice how to present their case and argue in front of the judges.

Why should a law student participate in a Moot Court Competition?

Mooting is considered as an important thing for a law student as it provides the student with the immense knowledge and practical aspects of the legal system. It helps the student to apply the prevailing law in the particular case. By doing such an activity, a student enhances his analytical, research and writing skills that practicing lawyers have in the, so that they can argue in front of the judge for his case in the best manner possible.

Participating in a moot court competition develops skills that are crucial for growing into a successful lawyer:

While preparing for a moot court, a team of three students work and practice for the case together between 2 weeks to 3 months. Such a team consists students from different ideologies, thoughts, states and thus, working with them together in a team for a common object increases compatibility, endurance, greater communication and interpersonal skills.

Moot court problems are drafted and made up by law graduates and lawyers which need a real effort for a student to crack it! For that, hours of research, proper knowledge about the subject matter is required to be attained so that the team can make the best memorial.  Putting your argument into a logically good write up helps you improve your writing skills to a great extent. The more you research, the more you study, the more you practice, the better it is for you as it increases your level of knowledge to a wide area and you’ll be able to improve and enhance your research and writing skills accordingly which will benefit you in the near future.

After knowing that you’ll be judged by an experienced lawyer or a professor, one gets to display the speaking skills as proficiently he can. A student can not be expected to get away with the speaking fluff just like that. Participating in such competition and speaking lets you get your fear out of yourself so that you can speak as confidently as possible.

Thinking on your feet

A student can not always be prepared for every question that a judge puts in front of him. In a moot court activity, you are forced to think on your feet and answer to the judge’s question. It depends upon the judge and on his way of judging that how he takes your response. The best way to keep the ball in your court is to think and analyze and answer the question to the best of your knowledge. It anyway helps you to think fastly and smartly when you know there’s an experienced person sitting in front of you waiting for your response. Some judges likes an aggressive speaker, while some might consider it to be offensive and prefer a speaker who is soft spoken. You will have to adjust with the style your judge carries.

Working in a team for so long makes good friends or may be enemies. Participating in a moot court means traveling from one city to another and meeting and chatting with new people, which is in itself an experience to count, and so is competing with different students from different law schools from all over the country. And the level of hype you’ll get if you get a chance to argue in front of a reputed Supreme Court judge, or a big legal firm’s partner, or some other reputed, experienced attorney. In the end, what you’ll take back with you is knowledge over the legal system, learning, fun and experience!

Knowledge Of Existing Provisions Of Law, Applicable On Those Legal Issues

Moot court helps in applying the theoretical law in our practical lives. The students are practically taught honesty of purpose, industrious engagement rendering justice as a judge, and helping to render justice as an advocate, serving of the society and philosophical free thinking and solving legal problems independently.

How mooting can help you in your career?

If you wish to go for job after you graduate in a big legal firm, you must always keep in mind that there are high probability that they consider “Moot Courts” as a factor to hire you. This is because mooting helps you gain immense practical knowledge about various fields of law, and which in a way also highlights your research skills.
Even if you do not wish to opt for a job after you graduate and prefer practicing in a court instead, mooting will be beneficial in the best way possible. This is so because it merely gives you an idea on how to argue in front of the judge in a particular case.
There is a great level of enthusiasm and confidence being built in a law student when he participates in a moot activity.

“Youth is not an achievement, it is an opportunity. Don’t let it pass by”

This phrase signifies that when a person its youth period, he should not consider it as an achievement that he has gained something in his life; rather he should consider it as a golden opportunity in which he can gain ample of opportunities that might come in his way and utilize and grab it in the best way and manner.
Similarly, admission into a professional course is not an achievement which should be celebrated. Instead, it should be looked in a manner of utter most responsibility and professionalism which can be achieved and improvisation of skills to a great extent.

Relating the above said to the importance of a moot court for a law student, it helps the student to enhance his knowledge and skill in the field of legality during his course of graduation where he is already undergoing the study of various fields of law which is in other way, will help him to gain practical applicability of laws in our country. However, it’s not easy to learn the art of Mooting as it requires experience which might be time consuming and one might not have enough opportunities to learn from the trial and error method which might come from participating in a plethora of moots. An easy way to cut down on this time and still ace the game is by taking this online course which is prepared by the mooting experts of the country.

It is an opportunity for a law student to learn and perform how the court room actually works.

Explore the best Online Mooting Course. Bring Law School right at your doorstep. Check out the MOOTING SCHOOL. Be an ace mooter in 3 month. 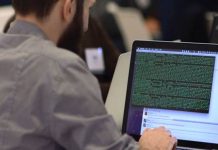