This article is written by Priyanshu Upadhyay, a student of Christ University.

Thirty years ago a rare and unpredictable rain brought nightmares for people of Bhopal and for whole India. This rain was not a natural one; rather it was a result of negligence on the part of Union Carbide India Limited (UCIL), a pesticide plant in Bhopal. Due to the negligence many people of Bhopal did not live to see the sun on the 3rd December 1984 and those who lived begged for their survival but did not find anyone who can wipe out their tears and help in their survival. Bhopal saw the world’s worst chemical and industrial disaster on the night of December 2 to 3, 1984. People of Bhopal were exposed to over 30 tonnes of deadly Methyl Isocyanate (MIC) gas from the UCIL factory which covered the whole city like a cloud and showered death on its people. The reasons for the disaster have been discussed a lot since thirty years and it was proved to be a clear case of negligence on part of the company but what about the victims, what about their families and the survivors? What relief did the victims and the survivors get from the side of the company or from the side of the Government? The answer to the above question is that they were survivors then, and they are survivors now. The only difference is that at that time, they begged for their life and at present they are begging for justice which is yet to be delivered. Union Carbide is absconding for the last 22 years, and Dow Chemicals has refused to appear before the court, the amount of compensation was declared but hasn’t reached the victims. So, how long will it take to decide a case which is of grave importance and for how long victims have to wait for their share of compensation?

The first blunder committed by the Government of India in this case was that it filed the suit against the Union Carbide Corporation (UCC) in the United States District Court. The disaster took place in India thus making the cause of action in India but still the case was filed in U.S. where UCC was situated. Although in May, 1986, the case was transferred by the U.S. court to India but still the reason behind filing the case in U.S. is unknown and ambiguous. The last decision in the case was delivered by the Supreme Court on 14th February, 1989 in which UCC was directed to pay US $470 million in full and final settlement of all the claims and liabilities which if calculated comes to around Rs. 10,000 per victim. So, this is the amount of compensation for which the victims and their families are waiting for 30 years, and no one knows for how long they will wait. 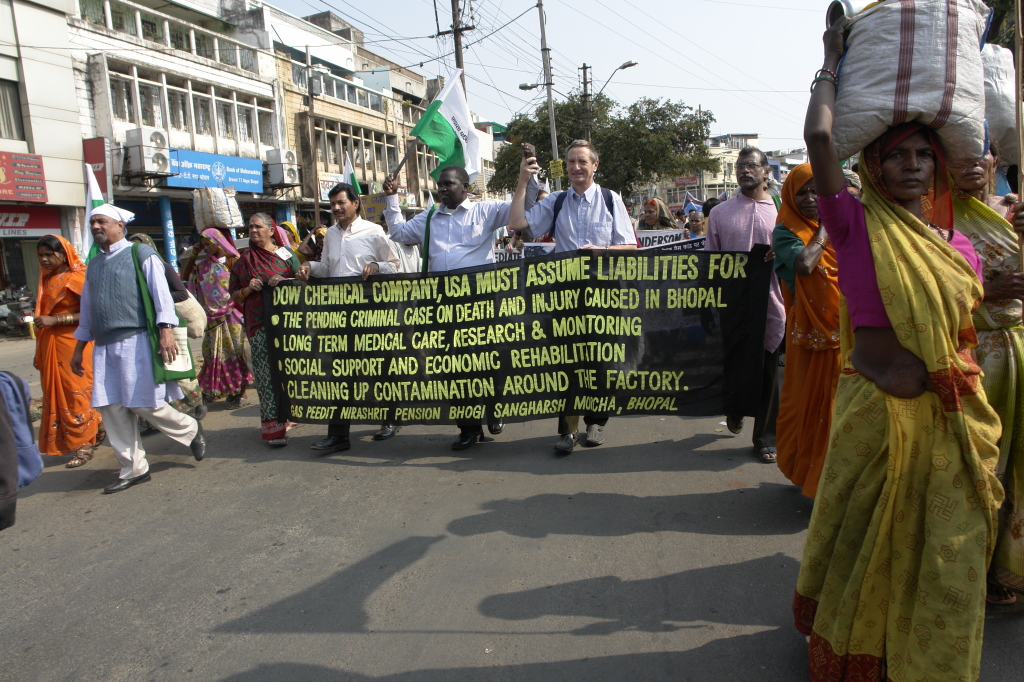 On the eve of the 30th anniversary of the Bhopal Gas tragedy, where on one side Narendra Modi was busy in bringing more and more foreign investment in India, on the other side the victims begged for justice against one such foreign company which heavily invested in India and was expected to be a great success. It is good to promote more and more foreign investment, but it is more important to protect the interest of the people of one’s own country. India is a diversified country where people from all sects and groups live. People also differ in their status and income level and so it is very important to take such steps which can benefit all and not any one. Any act done by any government should never disregard the interest of lower sections of society. The present plans and actions of government are no doubt good because they can quickly proliferate the Indian economy, but the government should also keep in mind that section of society who does not have any understanding of this economy.