In this blog post, Akansha Srivastava, a Student, Amity Law School, Amity University, Noida, writes about the importance of time in a contract.

In India, the laws relating to “time as the essence of a contract” is specified in Section 55 of the Indian Contract Act, 1872, which provides that if someone promises something to be done at a specified time and it is not performed at the same time, the contract becomes voidable if it was the intention of the parties to make time the essence of the contract. Further, it says that if the parties did not have the intention to make time the essence of the contract, the promisee should be entitled to claim compensation for any loss incurred. Finally, this section says that if time is intended to be of essence but performance is accepted in some way other than what had been agreed on, compensation cannot be claimed unless he gives notice to the promisor.

Intention of the Parties 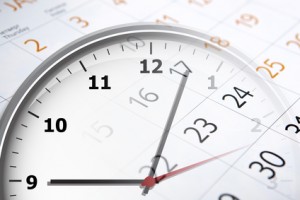 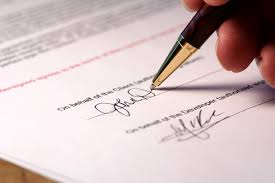 stipulations as to time in a contract giving an option for renewal of a lease of land were considered to be of the essence of the contract even if they were not expressed to be so and were construed as conditions precedent. The onus to plead and prove that time is of the essence of the contract is on the person alleging it, thus giving an opportunity to the other party to adduce rebuttal evidence that time was not of the essence. Where both the parties are engaged in business and articles are purchased by one party from the other party for business purposes, the transaction falls within the term ‘mercantile transaction. ’[1]

The time for performance can be extended only by an agreement arrived at between the promisor and the promisee. A mere extension of time and nothing more is only a waiver to the extent of substituting the extended time for the original time and not an utter destruction of the essential character of time, where the other party did not communicate any acceptance, the time for performance was not extended.

When Time is Not of the Essence

Time is not the essence where the contract provides for damages for delay in completion or even for the extension of time in certain cases. Despite express provisions making time the essence, some contracts may be construed to be otherwise where these provisions are inconsistent with the intention of making the time as an essence of the contract. Time is not of the essence where the time for performance was extended twice, and the object of a purchase was not a commercial undertaking.

Time was not of the essence when the contract did not specify a date for the completion but merely provided for the proper completion to happen as soon as possibly expected. A party’s general right to have the contract performed within a reasonable time. Time was held as a non-essence when in a contract for import and supply of sugar, the port of discharge had not been named and the surveyor not been appointed without whose certificate the question of payment does not arise.

Acceptance after the Specified Time and Waiver

If a party waives his rights by taking benefits under the contract made after the fixed time, he cannot rely on the time being the essence of the contract to avoid the contract. A claim under this will be barred if the promisee accepts performance after the stipulated time unless he had submitted a notice to the promisor of his intention to do so. 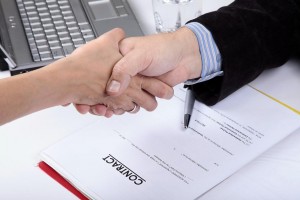 In the case of State of Kerala v. M.A. Mathai, it was held that if there are any delays in the performance of reciprocal obligations by an employer, the contractor gets the right to avoid the contract but if he does not avoid the contract and accepts the belated performance, he cannot claim compensation for any loss sustained by him due to delay in performance, unless he gives a notice of the same to the delaying party.

Let’s look at the provisions of the Indian Contract Act that refer to time and place for the fulfillment of a contract.

In Startups v. Macdonald, S agreed to sell 10 tons of oil to M and to deliver it to him within the last 14 days of March. Delivery was rendered at 8:30 pm on 31st March. M refused to accept. It was held that the tender of the oil was in the circumstances equivalent to performance and that S was entitled to recover damages for non-acceptance.

If the parties do not have the intention to make time the essence of a contract, the promisee should be entitled to claim compensation for any loss incurred.