This article is written by Bhumika Saishtri Panigrahi who is pursuing a Diploma in M&A, Institutional Finance and Investment Laws (PE and VC transactions)  from Lawsikho.

In many fields of business, gay, lesbian, bisexual, transgender, and queer entrepreneurs face greater challenges than their straight colleagues. One in particular is seeking venture capital and operational working capital funds to help them launch and build their company. Most firms will require some form of working capital at some point throughout their existence.

Due to the lengthy paperwork necessary, tight restrictions and guidelines, and discrimination from traditional VCs/Banks/Leading Companies/Financial Institutions’ employees who have historically favoured heterosexual white males, traditional loans are not always an option for many LGBT business owners.

Although progress toward greater diversity in venture funding is being made, it is still incremental. Several financial institutions and groups have stepped forward to assist LGBT entrepreneurs in obtaining the funding they want to bring their ideas to life and continue to flourish.

Entrepreneurship should be seen as a feasible path to success for future generations of LGBTQ individuals.

Adversity is merely one facet of the narrative. Unlike some LGBTQ people who work in traditional organisations such as financial institutions, school districts, corporate law firms, retail stores, and so on, LGBTQ entrepreneurs may find it easier to carve out their own paths without having to deal with prejudiced bosses or coworkers on a daily basis. LGBTQ persons should embrace business as a method to break free from the old boys’ network and establish their own welcoming workplaces. Nonetheless, difficulties linger.

The best approach to tackle these difficulties, according to Venture for America and Out in Tech, is to foster more business in the LGBTQ community. After all, having role models to look up to makes starting a business and coming out as LGBTQ simpler. Our straight and cis-gendered coworkers benefit from a similar level of acquaintance with LGBTQ folks. We can inspire future generations to value gender identity and sexual orientation as strengths rather than liabilities by working together.

Employee resource groups and regulations that safeguard LGBTQ employees from workplace discrimination and create a sense of official inclusion are often beneficial to corporate employees. According to a 2013 study by the Williams Institute, LGBTQ employees in supportive organisations face less prejudice, have better health, and are more satisfied and committed at work.

Startups, on the other hand, frequently lack the scale necessary to develop intra-company LGBTQ organisations. Early-stage businesses may only have a few employees, one or two of whom may identify as LGBTQ. LGBTQ entrepreneurs can develop formal networks to mirror the sense of community derived from such organisations in corporate settings and benefit from increased well-being at work and in the broader startup ecosystem.

LGBTQ Americans had $917 billion in collective purchasing power in 2015, which was comparable to other minority groups. Of course, LGBTQ entrepreneurs are uniquely qualified to create innovative products and services specifically for LGBTQ customers.

LGBTQ Facebook employees listened to their peers and pushed for personalised gender identities on profiles. Her, a lesbian dating app, was created as a result of the founder’s displeasure with heterosexual and gay men-only versions of other dating applications markets.

Here’s a list of the best venture capital funds for persons of colour and LGBTQ folks.

Diversity Fund is a revolutionary business finance platform that combines rewards, lending, and equity financing. It offers comprehensive tools for investors to evaluate each deal and firm while still being enjoyable and engaging for everyone!

Women, racial minorities, and LGBT founders receive less than 10% of all venture capital agreements. Other venture capitalists perceive this as a logistical issue. It is, in our opinion, the most promising investment prospect. Backstage Capital has invested in over 80 firms run by underrepresented founders, totaling over $4 million. Backstage Capital is backed by Anthemis Group, which is committed to diversity at its core.

LGBT Capital was founded in 2010 with the goal of demonstrating the business case for LGBT equality and inclusion by focusing on the LGBT Consumer segment as a respectable investment area. LGBT Capital has since pioneered the development of an LGBT Diversity Investment Index with a complementary Institutional Investment methodology, developed Statistics and Research to demonstrate the potential of the LGBT consumer sector, and launched the first international specialist LGBT Wealth Management offering as well as an LGBT focused Property Portal to support these goals. LGBT Capital also supports the investment ambitions of a number of high-quality LGBT-focused firms.

The portfolio of LGBT Capital is led by a primary focus on a good economic potential while also actively supporting the global growth of LGBT Equality and Rights. They prefer to collaborate closely with the clients and partners to achieve our objectives. They can offer advice, but we like to assist with planning, implementation, and execution.

They believe in the power of Impact Investing, and in particular, that it can help to advance LGBT liberties and inclusion around the world. They also believe that the expansion of high-quality LGBT enterprises, particularly in emerging economies, will be critical in advancing LGBT liberties and quality of life.

As an LGBT entrepreneur, you are a brand advocate. Clients can use Republic to develop a crowdfunding campaign that does more than just attract small donors; it also helps you create brand evangelists. Although not specifically LGBT-focused as a platform, you can spread your fundraising efforts to an audience of your choosing via your network and the compounded social power that comes with it, as well as an active investor pool of 350,000 current members.

The Securities and Exchange Commission of the United States passed Title III of the JOBS Act in May 2016, allowing non-accredited investors, who make up the bulk of the US population, to participate in startups. That’s why Republic was created: to democratise investing and level the fundraising playing field for both founders and investors.

They’re SEC-registered and FINRA-licensed, and if you’re even somewhat interested in startups, you’ve probably heard of us: Republic is part of a family of startup platforms that includes AngelList, Product Hunt, and CoinList, making it one of the world’s most reputable online startup ecosystems. 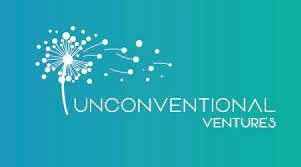 Unconventional Ventures, a Nordic early-stage investment business, invests in scalable tech startups at the pre-seed/seed stage that targets global market opportunities and is created by women, LGBTQ individuals, people of colour, and immigrants.

According to UV, minority founders create companies that solve challenges that are generally undervalued or disregarded, which presents untapped market potential. UV also believes that diverse founding teams are better at iterating and exploring – both of which are essential for successful enterprises. 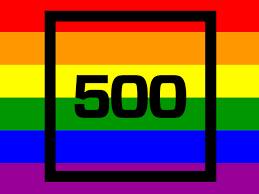 Diversity is at the heart of 500 Startups‘ values. Its purpose is to find and support outstanding entrepreneurs, assisting them in building scalable businesses and thriving global ecosystems.

LGBT founders, mentors, and investors, according to the company, are a significant part of what makes the #500Strong family is wonderful, and the company established Rainbow Round in 2014 to perform more community outreach and recognise exceptional entrepreneurs. 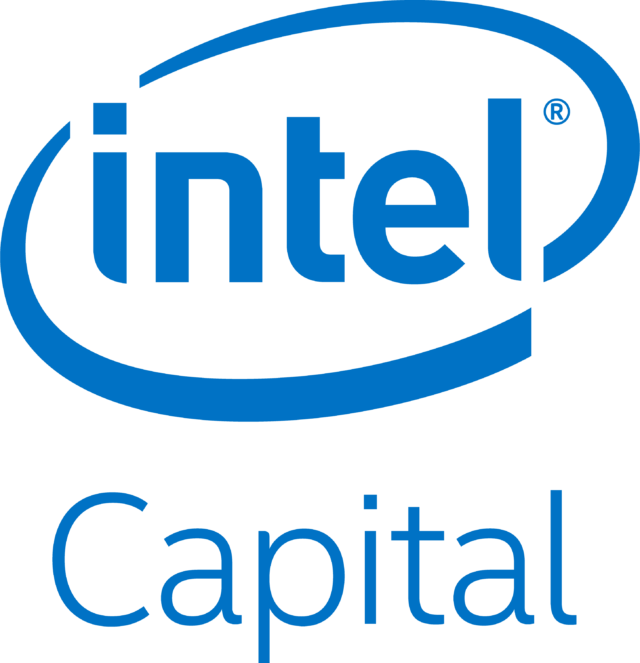 Intel Capital announced the largest-ever commitment to investing in technology firms driven by women and underrepresented minorities in June 2015. (African Americans, Hispanics, and Native Americans). The Intel Capital Diversity Initiative, which began as a five-year, $125 million fund, was expanded in October 2016 to include firms led by entrepreneurs with disabilities, LGBTQ entrepreneurs in the United States, and U.S. military veterans. Intel Capital stated in May 2018 that the Diversity project has surpassed its initial investment objective of $125 million, more than two years ahead of schedule. They’ve put $3 into the project so far.

Gaingels is a for-profit, mission-driven affinity organisation (a network of investors) that makes venture-stage investments in firms with at least one LGBT founder, senior C-level executive, or board member around the world.

Our members devote a significant deal of time and effort to aiding the businesses in which we invest. As a result, great founders seek out this type of help in order to generate high profits.

They also make direct investments in venture capital funds, accelerator partners, and charitable collaborations, such as our own scholarship and mentorship programme. 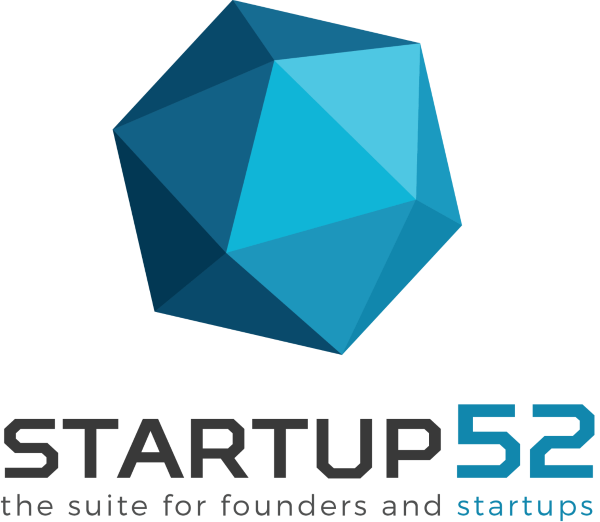 Startup52X is dedicated to preparing exceptional startup founders to establish extremely profitable and successful businesses. Individuals of colour, women, veterans, people with disabilities, immigrants, LGBTQ people, and other entrepreneurs fall under this category. While launching excellent ventures. They seek to improve diversity in the startup and IT spaces.

Startup52 is a New York City-based early-stage incubator. Startup52 was launched by Chike Ukaegbu as the city’s first and only diversity-focused accelerator, with the goal of identifying and grooming excellent entrepreneurs, particularly from underserved neighbourhoods. 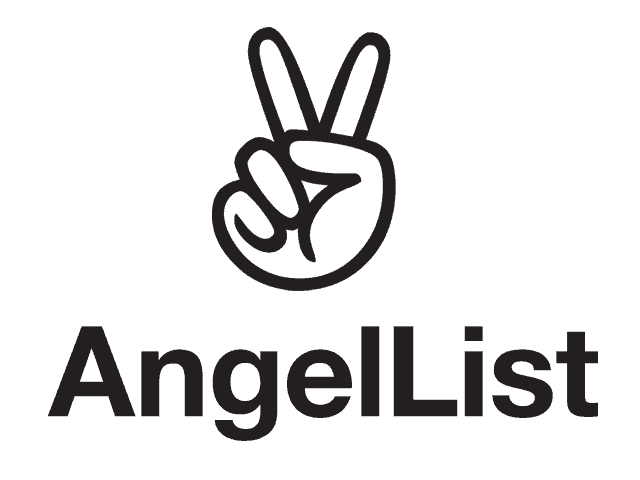 AngelList is a website for companies, angel investors, and job seekers interested in working at startups in the United States. The platform was founded in 2010 with the goal of democratising the investing process and assisting entrepreneurs with their fundraising and talent difficulties. It began as an online networking platform for tech firms seeking early funding. Since 2015, the site has allowed entrepreneurs to raise funds for free from angel investors.

AngelList’s LGBT Market is a good place to start. HER and HORNET are among the 150 LGBT entrepreneur-owned businesses featured, and it’s worth looking into as a potential forum for angel investor exposure.

Statistics reveal that white males are more likely to be funded by venture capitalists than women, people of colour, or LGBTQ people. Despite widespread calls for diversity, a movement toward more equality has been gradual.

But that doesn’t rule out the possibility of expanding your firm, obtaining funding, and realising your ambitions. Indeed, there are numerous examples of people of colour succeeding in venture capital and making a name for themselves as listed out in this article.