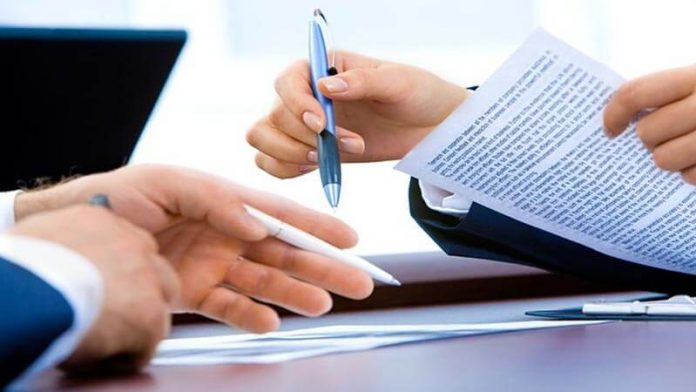 This article is written by Veerashwar Jadaun and pursuing a Certificate Course in Advanced Commercial Contract Drafting, Negotiation & Dispute Resolution. This article has been edited by Zigishu  (Associate, Lawsikho).

Contract law is one of the most commonly used laws in this world and can be traced back to the 12th century. Many countries have different types of contract laws governing their countries but the essence of each law is quite similar,  as the basics of contract cannot be changed. English contract law is formed on the foundation of Ancient Greek and Roman Thought, and these laws have been improved and amended by a thorough analysis of the precedents and have formed a set of coherent and well-defined rules.

The United Kingdom (UK) was one of the nations to use trade the most during the 15th century, and hence litigation, in the court of law, increased as practice. Many countries also have used English law viz. Common law is the foundation laws of their respective nations, for example, India Contract Act, 1872.

The main purpose of contracts is to hold the right of enforcement of a contract if the other party refuses to perform his contractual obligations, to safeguard the rights of weaker parties.  International Contract Law governs any trade between nations, it ensures no unfair means, as the basic principle of International law during the early days was “do what you can get away with”, which means the powerful countries can exploit weaker nations and not face a consequence for the same. Thus, to regulate the freedom of these powerful countries, maintain employee rights and promote business ethics, Common law facilitates contractual relationships.

What is Common Law?  It is the legal system developed in England throughout the centuries and it is the basic legal system enforced in Britain’s ex-colonies.  Before explaining the drafting principles in the UK commercial contracts, you must know the basics of Commercial Contracts in the UK.

Commercial contracts in the UK

Commercial Contracts in the UK are governed under the Sale and Supply of Goods Act, 1994. It covers the sale of 3 types of goods i.e. Specific goods, Future goods & uncertain goods.

The 3 basic essentials of a contract are to be binding in the court of the UK, namely-

Both parties come to an agreement when one of the parties makes an offer and the other party accepts it. An offer is an expression of the intention to form an agreement, which becomes binding on the parties once accepted by the other party.  Offer can be made either impliedly (by conduct) or expressly (by words). Acceptance is the assent to the terms of the offer; it’s the last step before forming an agreement. Both offer & acceptance are completed when it comes to the knowledge of the other party.

The basic essential of forming a contract is to have the intention to create a legally binding agreement i.e. that the parties must be aware that in case they do not perform their part of the contract, they can be legally forced to do so. .  Commercial contracts are always formed with the intention of creating legal relations. The term “Subject to contract” can be understood as a denial to form any contractual relations, during the negotiation of the contract this term is used to make sure that no legal liability arises out of it.

Although there are many templates and structures of a contract available, still it’s always suggested to start drafting from a blank page, many times any mistake in the initial draft can still remain in your work too.  Before you start writing, make a list of clauses that might be needed for that particular contract, this way you won’t miss out on any important point, and it’ll also be your checklist. As you build up the draft you can always look back and reflect and improvise.

NOs in a Draft

Use of the right verb

As a draft is a sensitive document every word is sensitive in the interpretation, so it is of utmost necessity to use the right verbs in the sentence. Here is a list of verbs and their meaning Order – must, will; Option- may; Ban- must not, may not; Recommendation- should;

Things to keep in mind while drafting

All content should be accurately stated in the draft. No ambiguity should be in the sentences and all the terms should be correctly used.

Keep the words in the correct order as the contract must be easily readable to the parties. Many times,  contracts are too complexly written which makes it impossible to read.

After completing the draft, revise each and every clause for any mistakes. Double-check the names and addresses of the parties as it may make the contract itself void. Keep polishing the draft until it’s close to perfect. Avoid revising without completing the draft, as it would keep you distracted and you would waste time while drafting. Put in all your ideas into the draft no matter how unpolished they are.

Here is a list of a few terms and clauses that you may encounter while writing/reading a contract.

This is a term used in the Dispute Resolution Clause, which is mostly present in a contract as an initial method to be performed in case any dispute arises within the ambit of the contract.

It is the legal system developed in England throughout the centuries and it is the basic legal system enforced in Britain’s ex-colonies. It is now the foundation law that is used in many countries and is also used in transactions under International Law.

It is a condition that must happen before any interest or obligation arises in a contract.

It is a condition that on the happening of a certain event, the duty of the party to perform his obligation terminates.

A literal interpretation of this term promises, if not performed, will cause legal actions.

This term has various different meanings, in the contract it is understood as assigning of the agreement by the parties.

This is a Latin term which means an “act of God”, it is used in contracts in events when it becomes impossible for a party to perform his obligation, he can give the excuse of force majeure to get away from any legal liability.

The duration for which the parties are entering into the contract is stated in this clause, It states from exactly what date the contract is enforced and till a specific day, it will remain intact.

This type of clause states the condition under which the contract may be terminated by any of the parties. This clause also guides the parties in the process after the termination of the contract.

Due to any uncertain work or breach of contract, the parties may refer the matter to dispute resolution (ADR, Negotiation, Mediation, etc.). As the Courts have already burdened enough any matter would take years to solve, therefore, dispute resolution will make sure that both the parties work their way out themselves.

When parties share any confidential information during the process of a contract, this clause ensures that no party discloses that information to any party outside the contract.

A majority of the laws have evolved from England and this has developed the laws to be Eurocentric and at times partial to the other parts of the world.  One of the good things about UK law is the foundational law, so if a person has understood the concepts of this law then it will become a piece of cake to learn any contract law from anywhere in the world. The skill of contract drafting is in danger of being somewhat underused due to the easy access of electronic precedents, however, one needs to keep in mind the essentials in order to draft an airtight contract as and when required.

Top 10 commercial contracts everyone should know about