The article is written by Shreya Pandey from Banasthali University, Jaipur. The article deals in detail about the trademark battle between BMW and DMW.

Bayerische Motoren Werke AG (BMW) is a German multinational automobile company founded in 1916. It is renowned for manufacturing and selling automobiles like luxury cars and bikes under the brand name BMW. It claims to have obtained its first trademark registration for the BMW logo in 1917 and that it is a well-known brand in automobiles all around the world. In India, BMW got its registration in 1956. Its marks cover a huge spectrum of goods and services including classes 7, 9, 12, 25, 28, 36, 37, and 39. Its goods are extensively and continuously being used in India. It filed a petition before Delhi High Court to restrain Om Balajee Automobile to manufacture and sell e-rickshaws with the mark DMW (Desawar Motor Works).

Om Balajee Automobile is an Indian automobile company that manufactures and sells electric automobiles especially e-rickshaws under the brand name DMW. It started manufacturing and selling e-rickshaws with the mark DMW in 2013.

BMW claimed that it had obtained registration in India in 1956 and is a well-known brand of automobile in India as it is extensively and continuously being used in India. They also claimed that they qualified as a well-known trademark under The Trademark Act, 1999. BMW contended that Desawar Motor Works (DMW) had committed an act of passing off and had violated its trademark rights. It contended that DMW has infringed its trademark rights under Section 29(4) of the Trademarks Act, 1999. Its claim was that DMW is phonetically, visually, and deceptively similar. It stated three similarities for which DMW had to stop using the name. They were :

BMW contended that the trademark is being dishonestly used by DMW in similar goods. The counsel on behalf of BMW relied on a Supreme Court’s judgment in Midas Hygiene Industries Pvt. Ltd. v. Sudhir Bhatia and Ors, (2004) 3 SCC 90. The court held in this case that to grant an injunction it becomes important to check whether the use of the mark is dishonest.

Article 6bis of Paris Convention provides for protection to well-known marks and the marks that are in imitation to the well-known mark must be refused to provide registration or the registration must get cancelled. It is contended that BMW is a renowned mark around the world and therefore it needs to be protected in accordance with Section 2(1)(zg) and Section 11(6) of the Trademarks Act, 1999 and the manufacturing and selling of e-rickshaws with name DMW must be stopped. It was also contended that if DMW gets registered then that will dilute the well-known mark of BMW.

It was contended that both the marks, i.e. BMW and DMW, are entirely different in their colour, font, prize, size, etc. The goods sold by both brands are also different in their nature, consumers’ class, and trade channels. It was also contended that there are certain other automobile manufacturers like AMW, PMW that are co-existing and no such opposition was made against them by BMW. It was submitted before the court that Om Balajee was manufacturing e-rickshaws with brand name DMW since 2013 and BMW raised its objection in 2016, therefore, the suit should be barred by the time limit. The counsel on behalf of Om Balajee relied upon a case, Nandhini Deluxe v. Karnataka Cooperative Milk Producers Federation Ltd. (2018) 9 SCC 183, where it was held that the difference between the price range of two brands is a sufficient ground to remove any confusion amongst the consumers.

The defence taken by Om Balajee was that-

The Hon’ble Delhi High Court formulated the main issue that arose between BMW and DMW. The question of law is whether BMW and DMW are deceptively similar or resemble each other or would lead to confusion in the mind of consumers?

The court relied on cases where disputes have arisen on the ground that the two marks are identical and deceptively similar. In the case of J.K. Oil Industries v. Ganpati Food Products and Ors., the court held that to check whether there is any infringement of trademark rights of the plaintiff it is necessary to check whether the mark in question is identical and deceptively similar. The court stated that the term “deceptively similar” is defined under Sec 2(1)(h) of the Trademarks Act, 1999. The Supreme Court, in this case, referred to the following judgments:

In this case, a dispute was brought before the Hon’ble Bombay High Court between the marks “Glucovita” and “Gluvita”. The case went in appeal before the Hon’ble Supreme Court. The Hon’ble Supreme Court held that to distinguish between marks, the marks must be considered as a whole. The Court observed that in this case only syllable “co” is different otherwise both the marks are identical. The Court opined that the difference of the syllable “co” will not be able to distinguish itself in the mind of the consumers.

The dispute, in this case, was between the marks “Amritdhara” and “Lakshman Dhara.” The court took a reference to the opinion of Parker, J. who opined that while comparing two words, the person must take both the words, judge them by their look and sound, and where they are to be applied. The nature and type of customers who would likely be buying those products shall also be considered. Consideration must also be given to surrounding circumstances and it must also be considered as to what would happen if both the trademarks would co-exist.

The Hon’ble Supreme Court on considering the suggestion of Parker J. held that the words used in the marks are likely to deceive and cause confusion in the mind of consumers.

The Hon’ble Supreme Court in the case of Kaviraj Pandit Durga Dutt Sharma v. Navaratna Pharmaceutical 1965 AIR 980 held that when the marks in question are identical to each other then there is no place for any further argument and the infringement rights are to be protected but if the marks are not identical then the plaintiff must prove that both the marks are similar in resemblance in such a way that it can cause confusion in the mind of the consumers.

The principle coined in Durga Dutt Case that while comparing two marks, it is necessary to determine whether the essential features of one mark are found in the other mark. The court compared both the marks and found that:

The court held that DMW is visually and phonetically similar to that of BMW. This similarity shows the dishonest intention of Om Balajee in using this name so as to enjoy the benefit of the reputation and goodwill of BMW.

The Court gave its decision on relying the Supreme Court’s judgment in case of Kaviraj Pandit Durga Dutt Sharma v. Navaratna Pharmaceutical 1965 AIR 980 which opined that through comparison between two marks it can be determined whether the essential features of one company’s mark are to be found in the other company’s mark. The Hon’ble High Court opined that DMW appears visually and phonetically similar to that of BMW and its adoption was deceptive to take unfair advantage of BMW’s reputation and goodwill.

The court accepted the contention of BMW and held that where any dishonest intention is adopted by the defendant then delay in an infringement suit cannot be grounds to defeat its injunction right. It rejected the contentions of DMW about the delay in filing suit.

The court held that Om Balajee has used DMW with dishonest intention to use the goodwill of BMW. The Hon’ble Court held that DMW is guilty of infringement of the trademark’s right of BMW and therefore the Court ordered an ad-interim injunction in favour of BMW against DMW. The Hon’ble Court put a restriction on the “manufacturing, exporting, importing, offering for sale, advertising, or in any other manner dealing with the goods not limited to e-rickshaws bearing the mark of DMW or any other mark which are identical or deceptively similar to BMW’s mark.”

In a suit of infringement of trademark rights, there is no straightjacket formula to get success. The court dealing with the matter looks upon various facets like public awareness, the level of similarity between the marks, products manufactured by them, and whether there is a chance to cause confusion in the mind of consumers, etc. The mark that is well-known among people and has a good reputation in the market enjoys a better position. The relation between the reputation of a trademark and passing off is highlighted by Sec 29(4) of the Trademark Act, 1999 read with the Doctrine of Dilution. It explains that a renowned trademark having a good reputation in the market can be deceptively used to make a false impression in the consumer’s mind which would lead to damaging the established reputation of the former trademark in the eye of the public.

Therefore, it is important to protect such a renowned trademark against identical or deceptively similar marks whether or not they manufacture the same goods. If there is an element of dishonest adoption then the ground is sufficient enough to claim protection of infringement rights in a suit.

Every trademark owner wishes for its mark to be well-known in the market worldwide. The goods manufactured by the mark should be continuously and extensively used by the consumers to become a renowned mark. The mark must be extensively promoted, its technology must continuously be upgraded and updated. To be a well-known mark doesn’t mean that it should be popular in all the countries. The mark can be well-known in a limited jurisdiction as well.

There is a great chance that a well-known mark can be dishonestly used to enjoy the goodwill of that mark which would damage its reputation among the people and therefore it needs to be protected. The protection can be claimed through judicial pronouncements or the Registrar could restrain to provide registration of any such mark that would dishonestly create confusion in the mind of consumers. The infringement rights can be protected when the other mark which is deceptively similar is refused to get registered or its manufacturing or sale is prohibited. 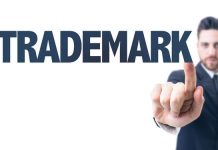 A primer on Indian trademark classifications

All you need to know about fluid trademarks 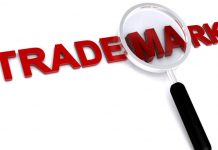