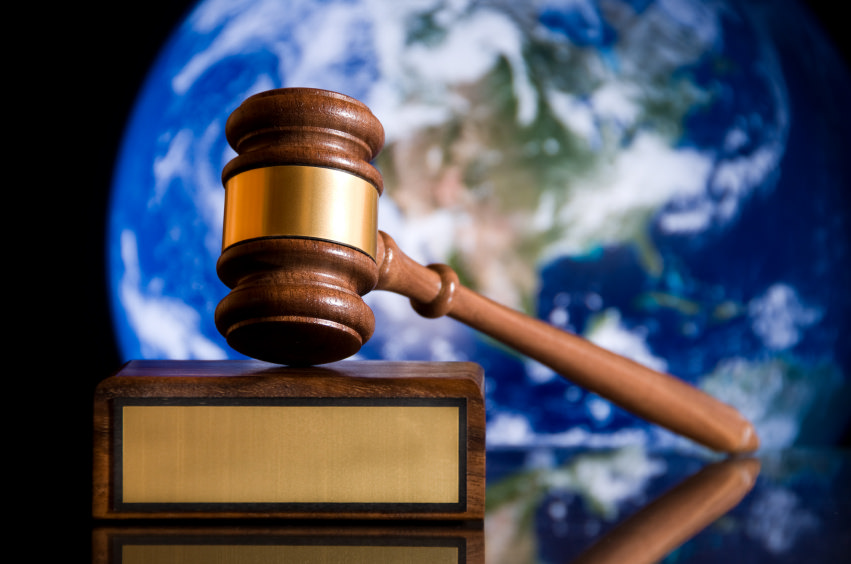 In this blogpost Shipra Prashant, student, UPES, Dehradun, writes on the present situation of space laws and the International Treaties and Agreements which govern them.

Like any other International Law, Space law too is a soft law. Soft law means that the applicability of the law isn’t unconditional, soft law has to be accepted in a way that it does not infringe the sovereignty of the country. Space law is applied in the same manner.

The demand for the codification of space law

The need for the establishment of Space Law arose when a number of space activity started happening. The first man-made spacecraft, Sputnik-1, started orbiting in the year 1957. Before the formation of Space Law treaties, the stepping stone was the formation of International Astronautically Federation (IAF) in the year 1951, which was a non-governmental organisation. This was the initial step towards providing world-wide general access of the space to all the countries, and encouraging international cooperation in space law.

After the formation and expansion of IAF, the need to codify Space Laws was enormously felt. The jurists as well the government of different countries felt the need to define the jurisdiction of space and form a set of guidelines that could be formed and abided by other countries for peaceful exploration of Outer Space. There was a need for further exploration since Outer Space was proving to be lucrative in the field of telecommunication, communication, navigation and other technologies and for military purposes as well.

The United Nations has played a major role in development of Space Law. There are five international treaties and agreements that govern activities in space. However it has to be noted that these treaties are only legally binding for those member states that have signed and ratified them.

The Outer Space Treaty of 1967 defined nation’s rights to the Moon and other celestial bodies, before anyone travelled beyond Low Earth Orbit (LEO)[1]. It was adopted by the General Assembly in its 2222th resolution during its XXI session on 27th January 1967, and was entered into force on 10th October 1967. The Moon Treaty as it was thereon referred as, was the first treaty that was ratified in the ambit of Space Law.

The basic objective of the Moon Treaty was to provide a basic guideline for exploration, the wording of the treaty is such, and the exploration and use of outer space shall be carried out in interest and benefit of all countries and shall be the province of all mankind. The focus therefore was on peaceful agreement and cooperation between the countries in order for peaceful exploration.

Other features of the Treaty were-

Regarding cooperation between the states in helping the Astronauts: Agreement on the Rescue of Astronauts, the Return of Astronauts and Return of Objects Launched into Outer Space, 1968

In the year 1968, another treaty was enacted- Agreement on the Rescue of Astronauts, the Return of Astronauts and Return of Objects Launched into Outer Space. The agreement was considered and drafted by the legal subcommittee from 1962 to 1967. The consensus on the agreement was reached by the General Assembly in 1967, and the treaty came into force in December 1968. The main aim of this treaty was to promote cooperation in between the states in case it is needed to rescue the Astronauts or return of any space object. It states that the states should take possible steps to rescue and assist astronauts in distress and have them immediately return to the launching state, and the state shall upon request of the launching state help and assist in recovering space objects.

Liability of nations to pay the compensation for damage caused by the space objects on the surface of the Earth or in the Outer Space: Convention on International Liability for Damage Caused by Space Objects

The Convention on International Liability for Damage Caused by Space Objects was taken into consideration and negotiated by the legal subcommittee from the year 1963 to 1972. The Convention was then entered into force in September 1972, it elaborates upon Article 7 of the Outer Space Treaty. It provides that the Launching State shall be liable to pay for Compensation for damage caused by its space objects on the surface of the Earth or in the Outer Space. The Convention provides for protocol for the settlement of claims for damages.

The Soviet Union, on September 18 1977, launched the nuclear-powered Cosmos 954 naval surveillance satellite. In late November, Cosmos 954’s orbit became erratic. [2] The United States had noticed the pattern and calculated that the satellite would fall in January but not in the place where it was supposed to land. Cosmos 954 crashed to Earth on 24th January, 1978, landing in the west coast of Canada. Due to the fact that the satellite consisted of radioactive material, USA offered Canada to help in cleaning it. The same was offered by USSR but Canada declined their offer. Canada then claimed 6 million dollars from Russia, which was later settled by Russia for 3 million dollars. This is one of the leading cases in regard to the Liability Convention.

Another convention that was accepted was the Convention on Registration of Objects Launched into Outer Space; it was adopted by the General Assembly in 1975 and came into force on 15th September 1976. After the establishment of Outer Space Treaty, The Rescue Agreement and The Liability Convention there was a desire expressed by the states to assist in the identification of space objects, the Registration Convention was enacted; it gave scope for expansion in issues relating to State Parties Responsibilities concerning their space objects. The Secretary- General was requested to maintain the register and ensure full and open access of the information.

The Moon Treaty: The Agreement Governing the Activities of States on the Moon and Other Celestial Bodies

The Agreement Governing the Activities of States on the Moon and Other Celestial Bodies is also known as the ‘Moon Agreement’. It was adopted by the General Assembly in the year 1979. However it was not ratified by Austria until 1984, therefore, it came into force in the year 1984. The agreement elaborates upon the provisions of the Outer Space Treaty also it asserts on the fact that the Moon and its natural resources are the common heritage of the mankind and that an international procedure should be established to curb its exploitation.

There is a need for a more comprehensive and detailed laws with regards to Space law, since space activity has considerably increased in the past, the laws are lacking in tackling the issues with such advancement in technologies