This article is written by Vedant Saxena from Rajiv Gandhi National University of Law, Punjab. In this article, the author studies the various forms of patent applications in India, and analyzes the grounds upon which they are accepted or rejected.

In India, patents are governed by the Patents Act, 1970. A patent is an exclusive right granted to the inventor over his invention, which enables him to exclude others from making, using or selling his invention. In order to encourage creativity, patents fulfil 2 purposes. Firstly, they promote the economic well-being of the inventors. Second, by publishing the contents of the invention, it is made clear amongst the people of the country that a similar patent application shall not be entertained, thereby encouraging greater innovation. However, for the grant of a patent, 3 major conditions need to be fulfilled: novelty, non-obviousness and utility.

After around a period of 18 months from the earliest priority date of the application, the contents of the invention are published by the patent office. This is done to make sure that a similar invention shall not be entertained from now on. Thus, in order to acquire a patent, the invention must be novel.

Non-obviousness essentially implies that the invention must not come up in a manner which is fairly obvious to the trade.

No matter how novel or non-obvious an invention maybe, if it cannot serve a practical purpose, the patent shall not be granted. Although there exist various types of patents, such as utility patents, design patents, plant patents, etc., speaking in the context of a usual patent application, one mostly refers to utility patents. If the invention serves no practical purpose but is uniquely decorative, one may apply for a design patent.

Complete filing requirements (may be filed after 12 months)

6. For convention applications, a certified copy of priority documents with English translation has to be filed within 3 months from the date of communication by the Controller.

A PCT application, governed by the Patent Cooperation Treaty, is an international application that helps to patent one’s invention in up to 142 countries. For a person seeking widespread recognition and protection of his invention, the PCT application is arguably the best choice. There are several ways in which a PCT application may be filed:

There are several advantages of pursuing international protection through a PCT application:

In the event of the applicant wanting the IPO to queue the national phase application for examination before 31 months, then he shall have to make an express request by paying an appropriate fee. Once the examination request is made, the IPO has to ascertain the novelness of the invention by generating a First Examination Report (FER), within a period of 6 months. After the generation of the FER, the applicant has to make the necessary changes within a period of 6 months. However, the time limit of 6 months could be increased by 3 months, if required.

The statutory fee depends on who the applicant of the patent is. The IPO has categorized the applicants into the following categories:

Any individual applying for a patent is considered as a natural person. On the other hand, all other entities that do not fall under the first category, fall under the remaining categories of :

More often than not, one comes across certain improvements or modifications with regards to his patent. The improvements or modifications may take place as an ordinary process of improving an invention, or as a result of feedback received from the market or from the industry. In such circumstances, when one has already filed for a patent application or received a patent, and the subsequent improvement/modification lacks novelness or non-obviousness, the option of ‘patent of addition’ is available. As per the Patents Act, 1970, Sections 54, 55, 56 deals with the Patent of Addition, filing and prosecution related thereto.

Patents are considered to be one of the most important forms of intellectual property. Patents have played a decisive role in scientific and technological advancements. There are countless examples of exciting inventions existing as simple, clever ideas, and offering advanced, technical solutions. For instance, on account of Christer Fåhraeus’s C-pen, one can transfer text directly from paper to the computer. Håkan Lans’s invention helped in shortening flight times by enabling pilots to view the exact positions of other aircrafts. Thanks to Mia Seipel, breastfeeding shirts are now available to women across several countries. Had Per-Ingvar Brånemark not discovered a growth attachment instrument and taken the decision to carry out further research, we may not have had any titanium screws within medicine today. Therefore, one must strive towards making his invention as novel and effective as possible. Creativity is the epitome of prosperity. In the 6,000 years of human civilization, creativity has gotten us this far. Imagine where it could lead us across the next few centuries? 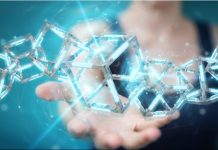 Procedure for filing a patent in France