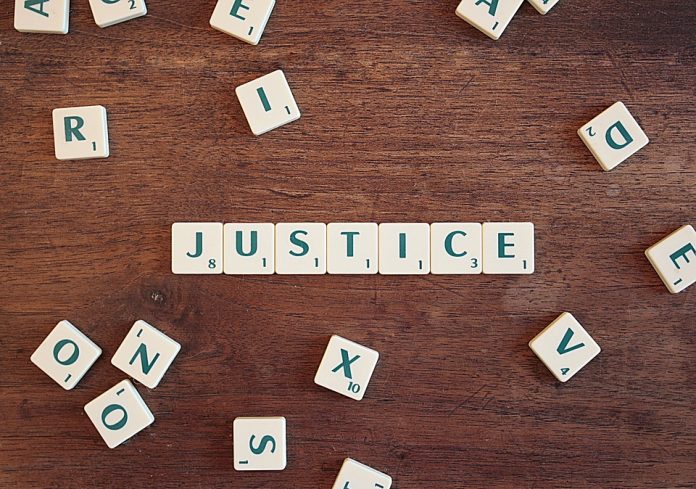 This article is written by Arya Mishra, a student at Banasthali Vidyapith. This article discusses the legal maxim Ubi jus ibi remedium and the applicability of the maxim.

It is a Latin maxim which means that where there is a wrong, there is a remedy. If any wrong is committed then the law provides a remedy for that. The maxim can be phrased as that any person will not suffer a wrong without a remedy, it means that once it is proved that the right was breached then equity will provide a suitable remedy. This principle also underlines the fact that no wrong should be allowed to go without any compensation if it can be redressed by a court of law. The law presumes that there is no right without a remedy; and if all remedies are gone to enforce a right, the right in point of law ceases to exist.

Justice Pollock said that right and wrong are contrary to each other. Right actions are those which are prescribed by moral rules, wrong actions are those which are not prescribed by moral rules or which are prohibited by law. In case of legal action, anything which is wrong is not recognized by laws. It is presumed that whenever a wrong is committed it means that legal duties have been omitted. Hence the existence of duty involves a right then it also provides the possibility of wrong. Duty, right and wrong are not separate but they are the different legal aspects of the same rules and events. Sometimes it happens that there may be both duties and wrong, and the wrong does not happen only when duty is truly justified. If there exists a duty to do something and if it is properly done then it is said that the duty is discharged and the man who was legally bound is now freed.

The law of tort is said to be the development of the maxim Ubi jus ibi remedium.  The word “jus” means legal authority to do something or to demand something. The word “remedium” means that the person has the right of action in the court of law. The literal meaning of the maxim is where there is a wrong there is a remedy.

The circuit court of appeals of the United States of America in the case of Leo feist v. young observed that “it is an elementary maxim of the equity of jurisprudence and there is no wrong without a remedy”.

This maxim also says that there is no remedy without any wrong and the persons whose right is being violated has a right to stand before the court of law. This principle also states that if the rights are available to a person then it is required to be maintained by that person only and remedy is available only when he is injured in the exercise of duty or enjoyment of it; It is useless to imagine and think a right without a remedy. It is necessary to keep in mind that both rights violated and the remedy sought or to be obtained should be legal. There are many moral and political wrong but are not actionable or it does not give many sufficient reasons to take legal action as they are not recognized by law. The maxim does not mean that there is a legal remedy for each and every wrong committed.

For example, a contract which was required to be made on stamped paper may be made orally; in such circumstances, irrecoverable harm may be caused to other person and yet no legal remedy is available.

Thus, the maxim does not mean that there is a remedy for every possible wrong. It is appropriately said by Justice Stephen that maxim would be correctly stated if maxim were to be reversed to say that “where there is no legal remedy, there is no legal wrong.

Law of equity highlights the facts that if there is a breach of right then the right which is breached is incomplete without availability of proper remedy. The common laws were restricted to a limited number of remedies until the concept of law of equity was developed. In case of breach of rights, there are only a few writs which can be filed and if in any case the suit is not covered under the writs then the suit will be dismissed. There are so many rights available but no remedy is available in case of its breach. To remove this deficiency the concept of a court of chancery came into existence and have the jurisdiction to decide matters relating to equity and justice.

Sardar Amarjit Singh Kalra v. Promod Gupta & Ors., the court held that the principle of ubi jus ibi remedium is recognized as a basic principle of the theory or philosophy of law. The Supreme Court also held that it is the duty of the courts to protect and maintain the right of parties and help them instead of denying them relief.

The court held that no damage or injury was caused as the candidate for whom the plaintiff wanted to vote had won the election but his right to vote was violated. To restrain a person from giving vote is a civil wrong and therefore the plaintiff had the right to seek remedy from the court of law. The maxim ubi jus ibi remedium was applied in this case and the plaintiff was awarded some amount of compensation.

In D.K. Basu v. State of West Bengal, Mr. D.K. Basu who was working as the executive chairman in legal aid services, West Bengal, a non-political organization registered on 26-08-1986 under the Societies Registration Act. He wrote a letter addressing the Chief justice of India telling him about certain news that was published in newspapers namely the Indian Express and The Telegraph regarding the death of a person in police lockups and custody.

After hearing this case Supreme Court issued some guidelines which need to be followed during the arrest of an accused person. The court further said that a mere declaration of violence in police custody or judicial custody is a legal wrong and does not provide any remedy to the victim or family of victim on the death of the victim. Only giving punishment to the victim is not sufficient. To file a civil suit for compensation is a long process and compensation should be provided to the person who sustained injury. The quantum of compensation should be decided considering the circumstances of the case.

In Bhim Singh v. State of Jammu & Kashmir, the petitioner was MLA of Jammu and Kashmir parliamentary assembly. While he was on his way to attend the parliamentary session he was wrongfully arrested by a police officer and he was restrained from attending the parliamentary session. He was not presented before the magistrate in time and he had a legal right to attend the meeting. His fundamental right under Article 21 of the Constitution was also violated. At last Supreme Court held that the defendants were responsible and awarded Rs.50,000 as compensation to the petitioner for the infringement of his fundamental right.

In Shivkumar Chadha v. Municipal Corporation of Delhi, the Supreme court held that where statutory enactments does not provide any remedy but only creates rights and liabilities, if  any person complains of his rights being violated or wrongly affected such person can approach the civil court on the basis of the principle of legislation that where there is a right, there is a remedy.

In the case of C.Veera Thevar vs The Secretary To Government, the court held that there is no wrong without a remedy. The laws say that in every case where a person is wronged and caused injury then should be provided. Mere declaration of invalidity or death in lockup does not provide any remedy to a person whose fundamental right is violated.

Equity courts are the court of justice. The person whose rights are violated has a right to stand before the court of law. This maxim does not say that there is a remedy for every wrong. There are many political and moral rights which are recognized by law and the law does not provide a remedy for that. The basic idea behind ubi jus ibi remedium is that no wrong will be unredressed if it can be remedied by the court. The maxim is generally true as no right exists without a remedy. The maxim is accepted by the law of torts and provides a remedy in each and every case as this doctrine of common law in England provides a remedy for each and every wrong.